The International Advisory Committee (IAC) of UNESCO adopted the final report on the review process of the Memory of the World Programme (MOW) in August. It will submit it to the UNESCO Executive Board at the 202nd session in October for approval.

The review process covers a wide range of points. Japan is interested in a few of them. Taking into account the lack of transparency in the process of registering the “Documents of Nanjing Massacre” in the previous nomination cycle 2014-2015, the most important point for Japan is how to exclude political aims from MOW Programme.

In many occasions, UNESCO has asserted that it does not make historical judgments or interpretations of history. The final report reiterates this assertion. This is a very good point, but the matter is how to implement this assertion. 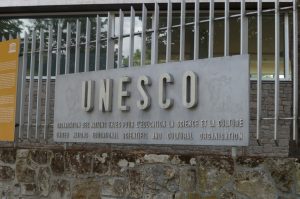 IAC is proposing to establish dialogues among concerned parties as a basic way for finding solutions when there is any conflict among them. Certainly dialogues would lead to greater transparency in the process.

However, IAC is delaying to the next nomination cycle 2018-2019 the start of the revised review process. Then, why do they have to delay the adoption of the revised process until the next cycle where there is a serious problem of conflict in the current review cycle? UNESCO is going to rely on a non-transparent process once again?

There are two proposals concerning “comfort women” currently being reviewed by MOW. One is “Documentation on Comfort Women and Japanese Army Discipline,” nominated by four organizations in Japan and the United States. The definition of “comfort women” is “a euphemistic expression on prostitutes who were engaged in the state-regulated legal prostitution business for the Japanese military during the wartime of 1938 to 1945.”

Another proposal is the “Voices of Comfort Women,” nominated by multiple organizations in China, South Korea, Japan, etc. The definition of “comfort women” is “a euphemistic term for the women and girls forced into sexual slavery for the Japanese military between 1931 and 1945.”

The arguments of these two proposals appear to be incompatible with each other. Nevertheless, according to some reliable information, the two proposals, which have conflicting arguments, are nominating several documents which are identical to support both. This is a serious problem.

UNESCO—in closed-door meetings—is in a position to approve one interpretation of a document and deny the other interpretation of the same document without clarifying the reasons for its decisions. The government of Japan raised this problem at the end of the last cycle of MOW, and demanded a transparent process.

In the case of “comfort women” nominations, if the one is registered while the other is rejected, it means UNESCO has approved one interpretation of “comfort women” and rejected the other. In other words, they may be officially called sex slaves of Japanese military or they may be called professional sex workers. The decision will have a profound impact on the international community.

One of these parties submitted an open letter to UNESCO, requesting for dialogue with the other proposer to clarify the category of the documents. UNESCO should take an initiative to mediate the differences between the two proposers, since the dialogues are the most important tool in accordance with the spirits of UNESCO. There is no reason UNESCO should wait for the next review cycle for adopting the more transparent process.

First of all, UNESCO has already acknowledged that the past review process, such as the one for the “Documents of Nanjing Massacre,” might have had a problem due to its opaque process.  That is why they have adopted a revised review system.

The review process does not affect restrictions of freedom to state parties nor impose any new penalties. There is no reason why the new system cannot be implemented immediately in the current review cycle.

The MOW registration or rejection of present proposals will be announced after the IAC meeting on October 24-27, 2017.

The goal of MOW is to safeguard documentary heritage, not to distort the precious primary sources, and still less to make historical judgement of “comfort women.” If UNESCO deviates from its sublime mission of promoting world peace, and leads to confusions and disputes among concerned member states, then the prestigious position UNESCO has earned in the past will be seriously questioned. 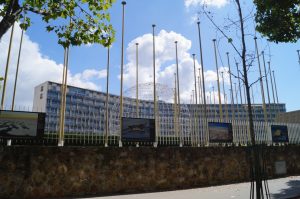 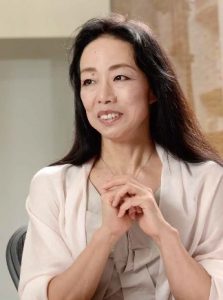 Yumiko Yamamoto is president of “Japanese Women for Justice and Peace”, the NGO based in Japan.

An Open Letter to MOW

Re: Request for mediation with the proposer of “The Voices of Comfort Women”