Military Ties with Taiwan Urgently Needed — Or Tokyo Would Pay 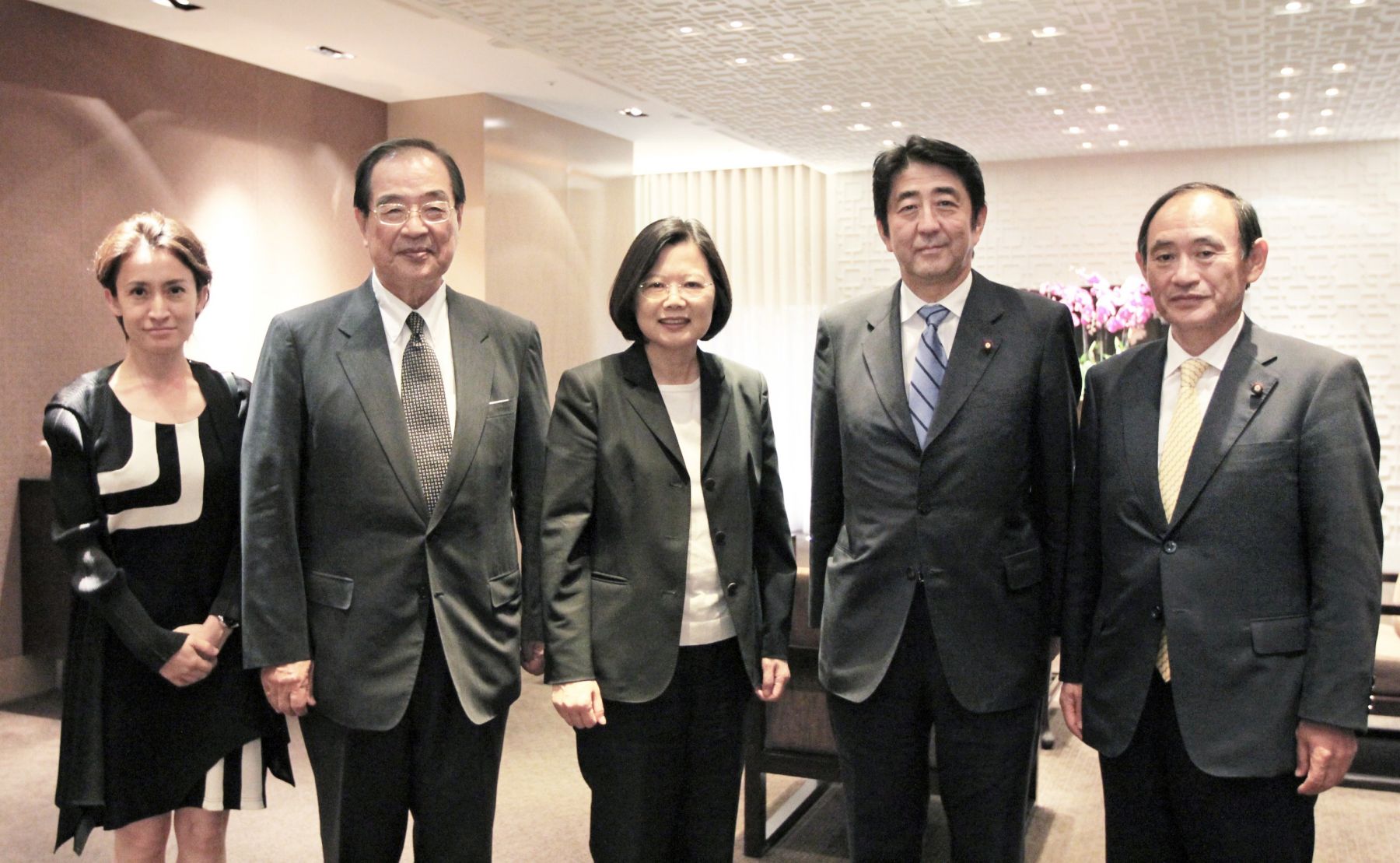 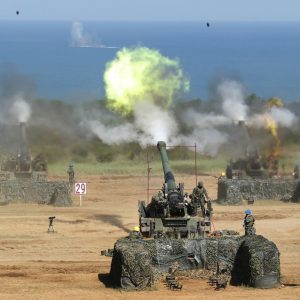 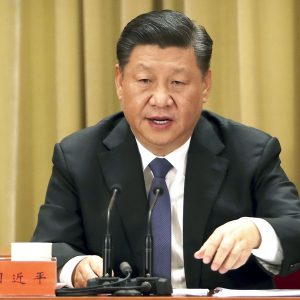 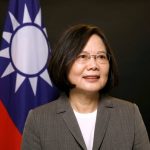 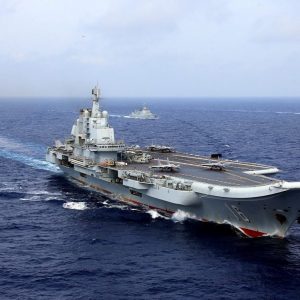 Taiwan’s defense is Japan’s defense. Look at a map and it’s hard to think otherwise. And Beijing would agree.

The People’s Republic of China (PRC) has said it will take Taiwan ― by force, if necessary. Take Beijing at its word. But that doesn’t mean it will succeed. Not if the price is too high — and the certainty of American and Japanese military involvement on Taiwan’s behalf puts things into the “too expensive” category.

Tokyo either helps Taipei defend itself or sits by and hopes Taiwan doesn’t come under Chinese control. If it is the latter option, Japan had better prepare to give Beijing a near-veto over its military, political, economic, and even domestic policies. And Japan just might need to relinquish parts of its southern territory — starting with the Senkaku Islands.

Taiwan occupies strategic geography. It sits in the middle of the sea lanes through which much of Japan’s energy supplies and trade flow. Take Taiwan, and China can cut these whenever it wants.

Forget about “going around” the South China Sea. A PRC-controlled Taiwan will be a springboard for the People’s Liberation Army naval and air operations into the heart of the central Pacific.

And Japan’s southern island defenses in the Nansei Shoto are outflanked. Expect increased pressure in the East China Sea — and the Senkakus — and eventually a push to take the Ryukyus.

The knock-on effects are as frightening.

Japan will only operate in Southeast Asia and elsewhere at Beijing’s sufferance. Japan’s regional influence will wane as partners draw back under Chinese pressure.

Even worse, the loss of Taiwan will deliver a body blow to America’s position and prestige in Asia. Smaller regional nations will scramble to cut the best deal possible with the PRC.

That is bad news for a Japan that relies on the United States to underwrite its defense.

The days when Tokyo could rely on the U.S. to “take care of” Taiwan are over, and Taiwan cannot survive on its own. America is overstretched and needs the help Japan can provide with Taiwan. Indeed, the more Japan does to assist, the more likely it is that America will defend Japan.

With the Americans gone or staggered after Taiwan falls, Japan will face the near-impossible task of building up the Japan Self-Defense Force to handle the People’s Liberation Army — and will need to “go nuclear.”

The Public is Stronger than Politicians Think

Nagatacho might be surprised. Opinion polls routinely show large majorities with negative opinions of the People’s Republic of China and its behavior. Japan’s public understands national security better than the politicians.

Still, one can hear the excuses for doing nothing: Can’t Japan just let Taiwan go and cut a deal with China?

It can. But Beijing breaks its promises. And there is not a shred of evidence Beijing will settle for “co-preeminence” in Asia along with Tokyo. It is incapable of regarding the Japanese equals. Indeed, Chinese policy is as much a desire to put Japan “back in its place” and teach it a lesson for savaging China in the 20th century, as it is about geopolitics.

And there is the old standby: But certainly China won’t upset its important economic relationship with Japan, will it?

With Taiwan back in the fold, it will be no holds barred for Beijing against the Japanese “dwarves.” That’s Beijing’s word, not mine.

Japan’s business class will, of course, complain about upsetting economic ties. But Japan Inc. is about making money, not defending the nation. Listen to Keidanren, and Japan would have surrendered a long time ago.

So forget about economic ties leading to peace in our time. More likely true is the adage that “the more willing and ready you are to fight, the less likely you’ll have to.”

Defense ties with Taiwan are a prerequisite. 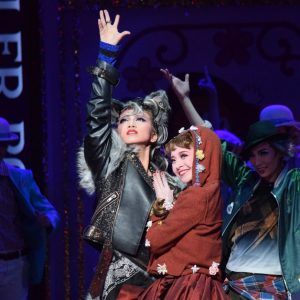 Japan's Takarazuka theatrical group is a favorite in Taiwan 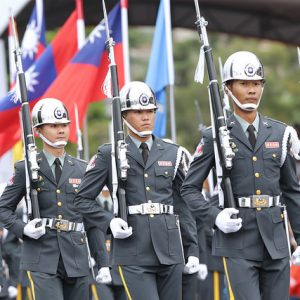 The Shape of Future Taiwan Ties

What will defense cooperation between Tokyo and Taipei look like?

Something that breaks Taiwan’s isolation and demonstrates Japan’s support (along with the United States) for Taiwan.

Start by exchanging liaison officers. And working with the Americans, cooperating in the humanitarian assistance disaster relief field, making use of each nation’s amphibious forces. It’s easy to get the Taiwan Air Force and Japan Air Self-Defense Force (JASDF) together on Guam for joint training. Navies can train anywhere.

And have JASDF fighters from Okinawa (along with U.S. Air Force aircraft) join the Taiwan Air Force on escort missions when the Chinese PLA Air Force flies around Taiwan looking to intimidate.

Ultimately, this is all about principles. Taiwan is an economically successful model of consensual government and individual liberty, just like Japan. This is an anathema to Beijing. It can’t justify the authoritarianism of the Chinese Communist Party when there are competing examples of stable Asian nations.

For Japan’s own sake, Taiwan is worth defending. Turn away with eyes primly averted while a free people are enslaved, and Japan will at the very least deserve contempt, and might even be next. Tokyo can bet that the Communist dictatorship that wants Taiwan will be coming after it in short order.

Japan still sees itself as the leading nation in Asia. If it is afraid of deepening defense ties with a free Taiwan for fear of Beijing, it might as well step into the back seat and let the Chinese Communist Party drive.

Grant Newsham is a retired U.S. Marine officer and is a senior research fellow at the Japan Forum for Strategic Studies.