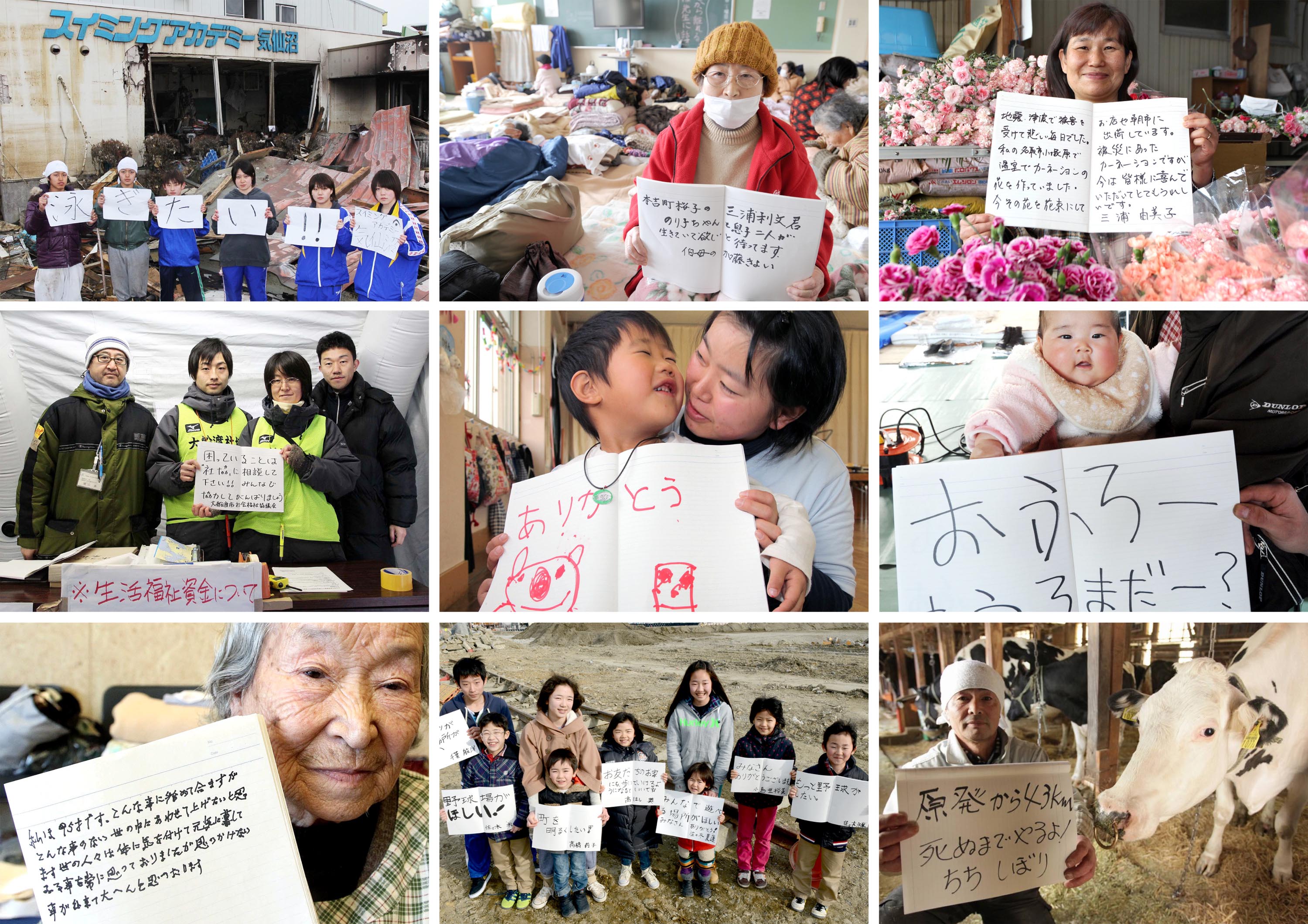 “How is Japan handling the coronavirus?” That was the question my friends here in the United States asked me over the past month, and I myself spent countless hours researching to find an answer ― but miserably failed.

Why was it that Japan seemed able to have repressed the virus so far? Or, were Japan’s numbers only the tip of the iceberg and not real? Many western media reported on the question with mixed views and questioning tones.

In fact, not only foreign media, but many Japanese abroad also were perplexed and concerned about what’s actually happening in Japan. True, it felt like COVID-19 was China’s issue in January in the U.S. However, once the U.S. had its first known case in late January, it spread quickly. In late March, New York became the epicenter of the virus.

Japanese abroad worried about their families and friends in Japan. We warned them through social media and called up our families. We saw pictures of the Japanese gathering to enjoy viewing beautiful cherry blossoms. My mother was still practicing hot yoga in late March, and my father, a senior who smokes, still went swimming until early April. Friends still took crowded trains to work in the center of Tokyo, as if the entire Japan was immune to the virus.

However, our warnings from abroad were brushed off. Whether calls with family or tweet battles between natives and Japanese abroad ー who were sarcastically called “Dewanokami,” which means “those who always cite other countries’ practices and compare them with Japan to criticize” ー the conversation seemed emotional, like those between Obama people and Trump people.

Comments and reactions from Japan were that we should worry about ourselves as the U.S. death toll was much higher. It’s true that although the numbers in Japan were low, so were New York’s, initially. Some even argued we should not criticize the government’s effort during a crisis, but rather unite.

What worried us was why Japan could be so relaxed about the pandemic, while many Western nations were scrambling to tackle it. Rather than answering clearly, the answers from Japan sounded anecdotal, like saying the Japanese tend to be cleaner and wash hands more often, or they don’t have a custom to greet with hugs or kisses, like Westerners.

When asked why Japan was not testing massively, as the World Health Organization (WHO) recommends, they said it takes time, it’s not accurate enough, and testing everyone is pointless. But it didn’t seem as though any of my friends or family could explain the overall strategy of how the government is tackling the virus.

My concern was not baseless. When the Great East Japan Earthquake happened in 2011, we already had insider information that the Fukushima nuclear facility was melting down. But my family insisted otherwise, citing news reports on TV. It was heartbreaking that my own family did not believe my words in crisis.

So the scar was reopened again this time, and my friends were experiencing a similar emotional breakdown. It’s a historical fact that the Japanese government lied that we were winning during World War II, when we actually were losing against the U.S. And this time, when major Western media cast some doubt regarding the number of coronavirus infected or dead in Japan, it sounded possible, even to some Japanese abroad.

However, after Ken Shimura, a very popular comedian, passed away at the end of March because of COVID-19, Prime Minister Abe finally declared a state of emergency on April 7, and the atmosphere in Japan started to change. The number of infected spiked around the same time.

We also started to see more substantial coverage by major Japanese media, questioning the government’s overall approach, and showing in more detail the work of experts advising the Japanese government behind the scene.

Japan established the “Novel Coronavirus Expert Meeting” on February 14 to make recommendations to the government in the battle against the coronavirus. In turn, the panel relies in part on information and analysis conducted by a small specialized group of experts known as the cluster combating group, established on February 25. The group is led by Dr. Hitoshi Oshitani from Tohoku University, who worked as an advisor at WHO to combat SARS in 2002, and Dr. Hiroshi Nishiura from Hokkaido University, who has experience researching in Germany and Hong Kong and analyzes outbreaks using mathematics.

Dr. Oshitani explained on NHK’s special COVID-19 program broadcast on April 11 that, unlike South Korea or Singapore, Japan did not have enough capacity to trace all the infected. Therefore, to maximize the limited resources, Japan was using a unique strategy to identify and isolate individual “clusters” of infected groups by sending medical and data experts to the local public health centers in such areas.

The idea was that if we could keep the number of secondary infections to “less than 1” by tackling those “clusters,” and if the public could change its behavior to avoid the “3 Cs” (closed spaces where crowds meet in close proximity, as the New York Times translates it), then we can repress the virus without detecting every individual case of infection.

The limitation of this approach is that if we start having lone, non-traceable cases, and the cases are widespread to the point of overwhelming the already shorthanded and overburdened cluster combating group, we need to change the strategy. As that was happening, Prime Minister Abe declared the state of emergency. Japan was on the brink of an explosion.

The issue is that the entire strategy and steps to implement it were definitely unclear ー at least to the general public, until recently. (RELATED ARTICLES: Appeal to the Nation: 4 Key Messages in Shinzo Abe’s State of Emergency Declaration | Clusters of Infection Sprouting: Shinzo Abe on the Need to Extend the State of Emergency)

Even as a Japanese, I had to actually research and put together pieces of information in Japanese by different experts and consultants, eliminating infodemic, while the world discovered new facts on COVID-19 every day.

After spending hours researching and identifying many issues worth discussing, one thing became clear to me: the reason why Japan’s strategy met some skepticism abroad is because there wasn’t a clear point of contact who could speak with authority and answer questions with clarity.

There were too many “experts” discussing detailed technical issues in the media. They only added confusion to the effort to understand the unknown and invisible enemy. And the role of the cluster combating group itself was unclear.

In fact, there are multiple expert groups with unclear roles in Japan, but none has risk communication experts.

In case of the U.S., President Trump switched his media strategy from simply notifying the public of his decisions by tweeting, to holding a press briefing every day with his expert teams. Although there have been many criticisms of the briefings lately, the faces and words of Dr. Anthony Fauci and Dr. Deborah Birx have been voices of authority. What we know and what we don’t know, how decisions are made and the reasons for them, were clarified to gain trust among Americans.

In contrast, the Japanese government’s messages have seemed inconsistent, and decision-making slow. Japan waited for the first death to establish an experts’ panel, which happened about a month after a known case was found, while the U.S. established it nine days after the first known case of COVID-19 in the U.S. Even “avoiding the 3Cs” seemed to be easily interpreted in many ways, until Tokyo’s governor became the first to explain concrete places to avoid.

It was not an effective approach when the public’s cooperation with the “stay home” request was essential for Japan’s cluster combating strategy to work.

How well Japan can fight against COVID-19 has yet to be seen.

However, after the declaration we started to see proactive, visible, and innovative initiatives by local authorities, including the governors of Wakayama, Hokkaido, Osaka, Tokyo, and other prefectures.

The central government has been inconsistent, but Prime Minister Abe has been responding to the criticism, and has shown he is willing to change his plans.

One of the rock-solid strengths of the Japanese people is that we can act collectively when the messages are clear. Once clear messages are shared, once the government responds to the people’s voices to gain their trust, I believe there’s a chance that we will see “Japan magic.”

This is a pandemic that needs to be tackled globally, and it requires the cooperation of each citizen. To do so, gaining the trust and understanding of the public is crucial.

Transparency of decision-making is necessary, and the public should not need to gather information by themselves to understand how to interpret messages from the authorities.