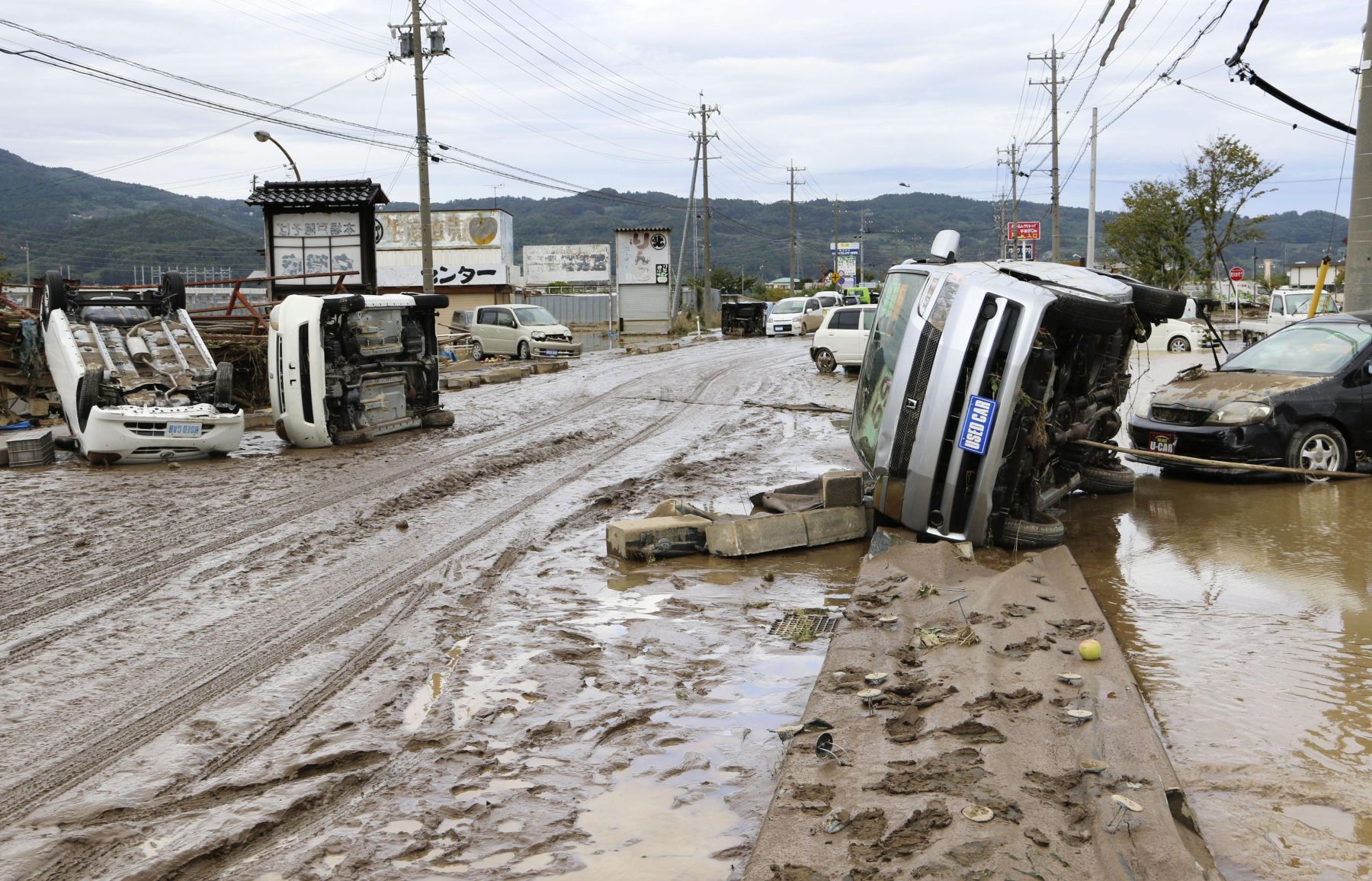 The number of typhoons approaching the Pacific coast of the Japanese archipelago has increased in the last 20 years, a report released by the Meteorological Research Institute (MRI) in August revealed.

In particular, typhoons hitting Tokyo in the 20-year period up to 2019 totaled roughly 1.5 times the number for the previous 20-year period.

Research indicates that Pacific high pressure systems, which influence the path of typhoons, are a factor in this trend as they spread out towards the archipelago more than in the past.

The typhoons themselves are also changing, becoming stronger and staying around longer due to global warming, potentially accounting for heightened damage from typhoons in recent years.

This autumn, vigilance is required as conditions conducive to the development of typhoons that could approach Japan are expected to be prevalent.

Munehiko Yamaguchi, senior researcher at MRI’s Department of Applied Meteorology, pointed out: “This research substantiates what we’ve all been sensing ourselves about the increase in typhoons. Global warming is bringing disasters into our daily lives.” 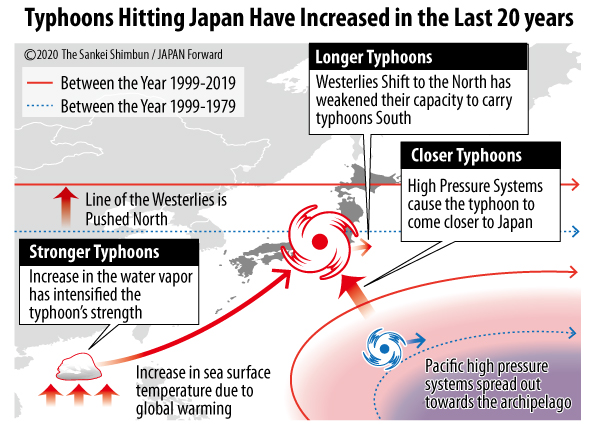 When the comparison is limited to strong typhoons with central pressure under 980 hPa, the figure rises to 2.5 times.

Similar trends were shown for cities in Shizuoka, Nagoya, Wakayama, and Kochi.

Experts think the major cause of this increase has to do with changes in the Pacific high pressure system in the ocean to the southeast of the Japanese archipelago.

In addition, a rise in sea surface temperature caused by global warming has increased the water vapor that is the origin of typhoons and intensified their strength. The sea surface temperature directly under typhoons as they approach Tokyo stood at an average of 27.2°C for the last 20 years, rising from an average 25.9°C for the previous 20-year period.

A comparison of the speed at which typhoons move as they approach Tokyo showed a slowing trend. The average speed for the last 20 years was at 30.6 kilometers, which is about two-thirds the speed of typhoons in the previous 20-year period.

The center of the westerlies that blow from west to east is believed to have shifted to the north, pushed up by warm air and strengthened by global warming. This, it is thought, has affected the capacity of the winds to carry typhoons on the south side of the Japanese archipelago.

Munehiko Yamaguchi, senior researcher at MRI’s Department of Applied Meteorology, pointed out: “This research substantiates what we’ve all been sensing ourselves about the increase in typhoons. Global warming is bringing disasters into our daily lives.”

(Read this article in Japanese here.)