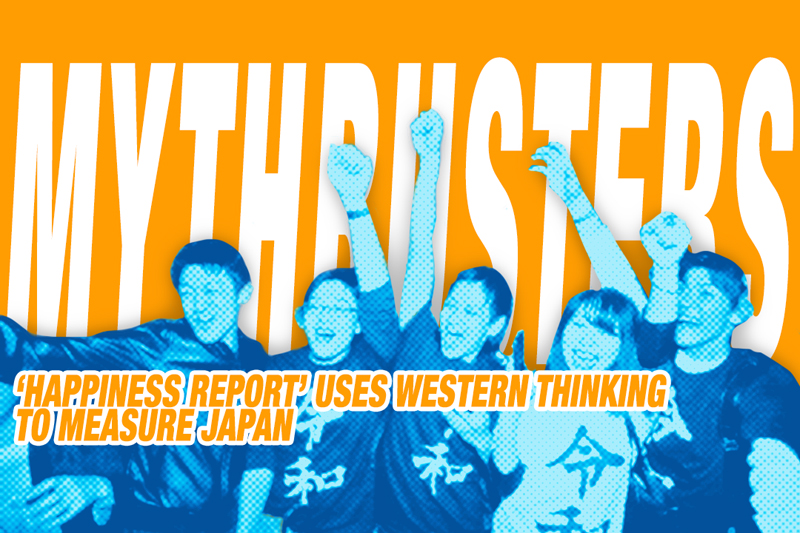 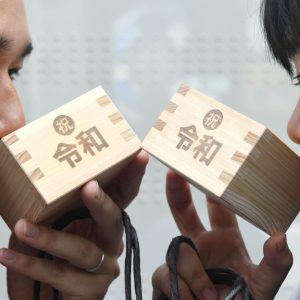 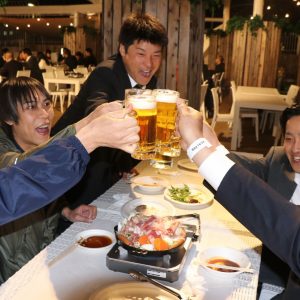 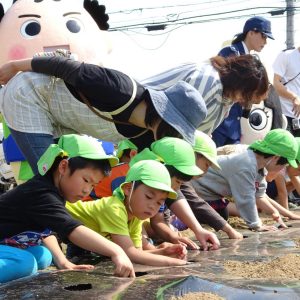 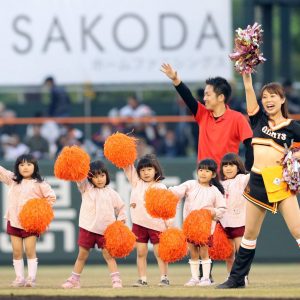 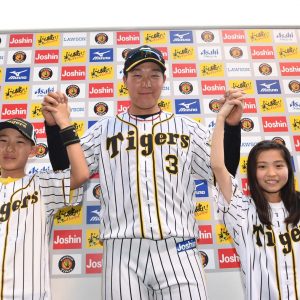 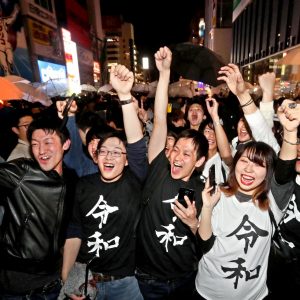 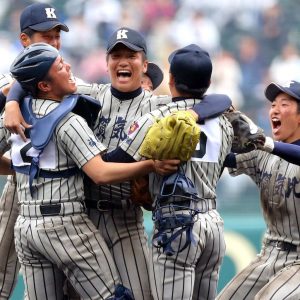 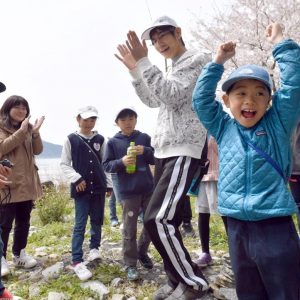 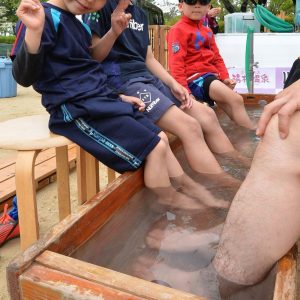 Part 1: [Mythbusters] The ‘Happiness Report’ that Makes Me Very Unhappy

Japan’s Missing Culture of ‘Blowing your own Horn’

The Cantril index used by Gallup in its World Poll requires you to rank yourself relative to where you might be, according to your own perspective, making it is sensitive to the knowledge respondents have of alternative situations both within their own country and in foreign countries.

From teaching sociology to Japanese college students for 18 years, I learned that very few have any well-developed sense of income and asset distribution in Japan. When asked why they would rank their families “in the middle,” most answered their family seemed like other families they knew. In other words, they were comparing like with like.

The notion that 90% of Japanese were “in the middle” was pushed by the government and media from the 1960s through the 1990s. While the claim fell out of favor around the turn of the century, it is part of the socialization of a large fraction of the Japanese population. Being in the middle is a comfortable position for these members of society.

On the other hand, the United States is known for the Lake Wobegon effect, in which “all the women are strong, all the men are good-looking, and all the children are above average.” There are some studies that suggest Americans are much more prone to this kind of thinking than are Japanese.

In other words, blowing your own horn and claiming that you are doing well is more acceptable in the U.S. than in Japan, where being “middling” has become part of the national identity.

Variables used to explain differences in national rankings include items that most respondents are in no position to compare with other countries.  Japanese who use the report to criticize Japan cite a low ranking in social support, social freedom, and kandai (tolerance, liberality, generosity) towards other people.

Cultural Bias in the Questions

Further, those who cite the kandai variable generally pay no attention to how it is measured.

The survey question asks if you have made a monetary charitable contribution in the last month. This will inherently generate a low figure in Japan because charitable contributions tend to come in spurts following natural disasters, both domestic and foreign. Volunteering time rather than money is also a notable pattern in Japan.

As a Japanese critic of the WHR has noted, the charitable giving question reflects a Christian notion of how things should be done, a notion that does not apply in many countries including Japan. Keio University professor Takashi Maeno has gone further and said, “The questions in the survey are fundamentally based on the thinking of Westerners and the survey overall is biased toward Western countries.”

Although the idea of an index originated with Bhutan, until 2017, the three editors of the report were a Canadian, a Brit, and an American — all white males.

One of those editors has himself stated that the low ranking for Japan is in part a matter of how Japanese reply to questions.

Other questions asked are extremely vague such as to be meaningless. For example, “Do you give the utmost priority to your health?” And, “Is there corruption in business and government?”

The Grass is Greener Everywhere Else

In contrast to the often critical news about Japan itself, Japanese get a steady diet of references to an amorphous and never defined “West.” Typically it is phrased in terms of the grass being greener everywhere else, sometimes very literally.

Pictures books and documentaries about Britain feature stately homes with expansive gardens, not the gritty council estates (a.k.a. social housing) and the dreary, decayed areas of northern industrial cities such as Sheffield, where I have my home.

Japanese who are pushing this or that reform frequently resort to claims that Japan is “decades behind the West.” Where a specific country is mentioned, it is typically the best of class, and not at all typical of what prevails on average in the 28 European Union countries, to say nothing of North America.

An Example in the Vaccination Case

The article “Japan’s backward vaccination policy” (June 26, 2018) in the Japan Times illustrates this style in action. This article translated from the Japanese language publication claimed:

Claiming that Japan is behind “the West” is common in both English and Japanese writing without ever explaining how this backwardness is measured.

There are 28 countries in the E.U. and 53 countries in Europe as defined by the WHO (World Health Organization). Each country’s policy on vaccination varies. Italy in particular is notoriously lax with a wildly vacillating policy. It began enforcing a “no vaccine, no school” policy only a matter of weeks ago.

It is impossible for the U.S. to have a strict “No Shot, No School” rule because this issue is set at the state, not the national, level. A large number of states allow religious exemptions and there is a very strong anti-vaxxer movement in the U.S.

So too for some European countries. And because of the freedom of movement within the U.S. and the E.U., any overall policy is no stronger than that of the country or state with the least effective policy.

Shortly after that article appeared in the Japan Times, reports of measles epidemics in the U.S. and Europe started appearing. Those reports are continuing as this article is being written, as are state and local measures to address the outbreak. Yet the misleading article remains on the Japan Times website (although my comment noting the bogus claims in the article has, surprisingly, not been deleted.)

Japanese get a steady diet of articles of this ilk.

My suggestion that this kind of thing is in part responsible for the lack of happiness in Japan is pure conjecture. But over a quarter of a century of residence in Japan, I have had numerous Japanese tell me how wonderful things are in the U.S., the U.K., or “the West,” when I know from personal experience that the reality is not just worse, but sometimes very, very nasty.

Another factor may be that the Japanese news media, especially NHK and the “quality” newspapers, give far more attention to social issues in Japan than do major news media in the U.S. and the U.K., both of which I follow on a daily basis. If anything, U.S. and U.K. newspapers seem to use negative news about Japan to reassure their own readers that things are much better in the U.S. or the U.K.

This can be seen in coverage of Carlos Ghosn and what they style as “hostage justice” in Japan. In particular, the New York Times and the Washington Post seem much more interested in the travails of one very rich white male in Japan than the legal problems of a vastly larger number of poor whites and minority Americans.

Some of those who have read this far may be thinking, “You are sceptical, critical, and dismissive only because Japan is low-ranked.”

No, not at all. I would be even more sceptical, critical, and dismissive if Japan was top-rated in this index. I would wonder if a payoff had been made.

While I think that broad bands of the type used by Gallup have some indicative value, trying to go beyond that is pseudo precision and pandering to people who think that whole societies can be ranked like tennis stars, soccer teams, or sumo wrestlers.

My original undergraduate field was electrical engineering. There is no “physics envy” in electrical engineering because the field itself is based on hard core physics and very high level mathematics. Such a background, coupled to a PhD in modern Japanese social and intellectual history, would make me sceptical of the happiness index and other such league tables, even if they rated Japan as number one.

Academics tend to use jargon and rather anodyne terminology. But as a retired academic I would claim a bit of editorial license.

After reading the WHR report and numerous articles about it in English and Japanese, I have to say that I agree with Kyle Smith writing in 2017 in the New York Post under the headline “That world happiness survey is complete crap.” I would agree even if it rated Japan as number one in happiness.

More importantly, news media that run uncritical stories based on league tables such as the WHR report, the RWB index of press freedom, and the WEF gender gap index, are publishing pseudo social science pieces.

Even more reprehensible are the journalists and academics who cite these indexes because they appear to support their own personal “reform” agenda for Japan.