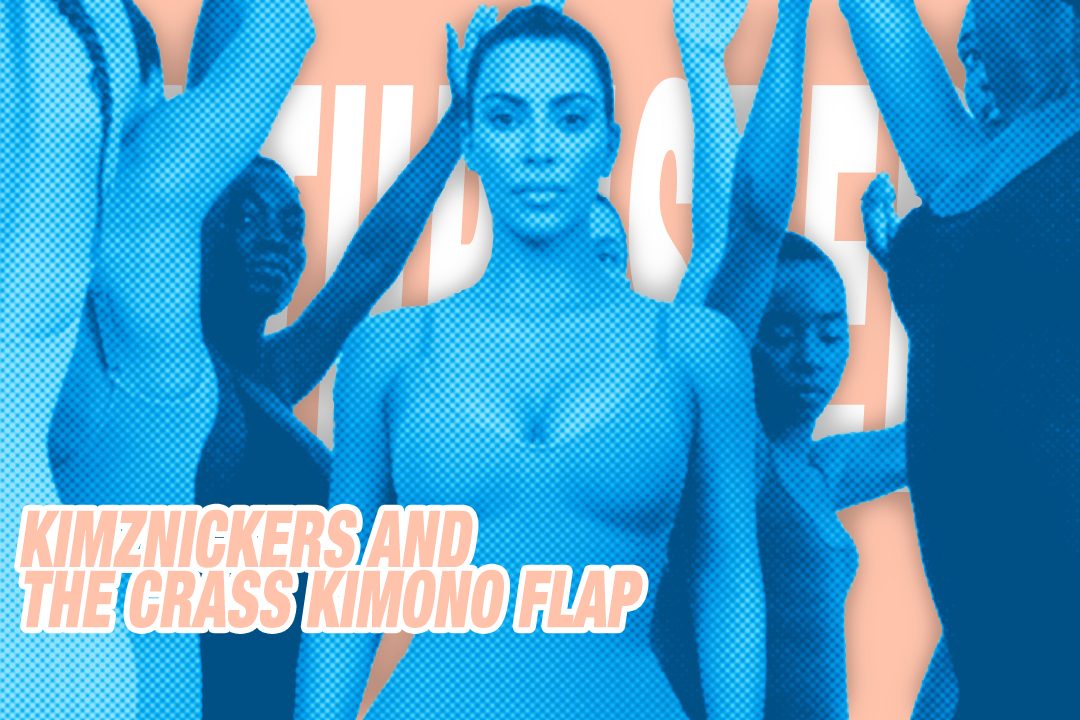 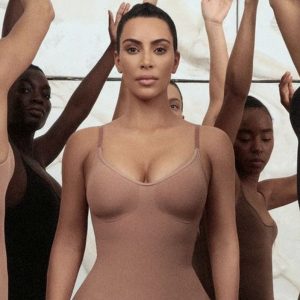 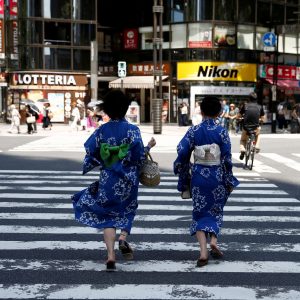 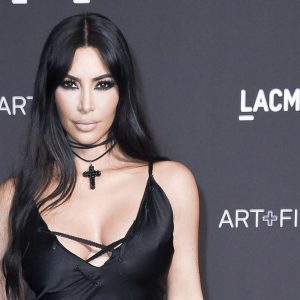 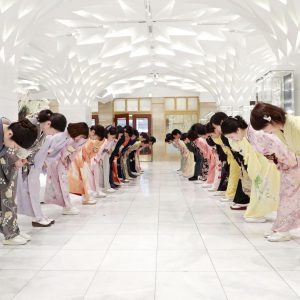 For much of May, my Google news alert was peppered with stories about a slug that had allegedly brought chaos to rail travel in Japan by chewing a cable and causing a power outage. In fact, only lines far from the major population centers of Tokyo or Osaka had been impacted.

As the G20 conference approached, stories about the fried slug were replaced by something equally overplayed: Kim Kardashian West (hereafter KKW) announced a line of “shapewear” (aka girdles) for women under the brand name KIMONO.

The internet indignation machine went into high gear, initially mostly in English, followed somewhat belatedly by reports and condemnation in Japanese. Announcement of the “shapewear” product line appear to have been only in English. And while the Kardashian clan in general and KKW in particular have millions of “followers” in the United States, they are relatively unknown in Japan.

The charge leveled at KKW was that yet again she was engaging in cultural appropriation. Or, as one article put it while parodying her propensity to use her name as a marketing device, the Japanese are “no less than the sixth victim of Kim Kardashian’s kwest to kapitalize on kultures not her own.”

Perhaps she thought Japanese culture would be an easy mark as there appears to be no indigenous Japanese concept of cultural appropriation.

The Japanese translation (文化の盗用 or bunka no toyo) is essentially a literal rendering of the English term and appears almost exclusively in translated reports about the antics of American social justice warriors. The Japanese term is sufficiently unfamiliar to most Japanese readers that it is frequently given further explanation and definition when it appears in a report.

Not only are Japanese largely unfamiliar with the concept, they find it bewildering in general, and especially so when applied to kimono.

In 2015 a small band of social justice warriors attacked the Boston Museum of Fine Arts (BMFA) for an exhibition devoted to Monet in which visitors were allowed to try on kimono similar to those featured in his paintings. In response, both Japanese and Americans of Japanese ancestry stated that they had no problem with non-Japanese wearing kimono and indeed welcomed it.

Moreover, the exhibition was sponsored by NHK, the Japanese national public broadcaster, and was essentially the same as something that had been done in Japan with no controversy whatsoever.

Japanese generally welcome non-Japanese of any nationality, ethnicity, shape, or color, wearing kimono. NHK frequently shows foreigners wearing kimono, and the more obviously foreign they are, the more adulation they get.

There are kimono rental shops near major tourist attractions in Japan. Some tourist attractions, even those with a religious element, rent out kimono to foreign (and domestic) tourists. The Meiji Shrine is one such case. Narita Airport has even provided opportunities for foreigners to dress up and be photographed in kimono in case they did not do so while on the tourist circuit.

The issue with KKW and her KIMONO “shapewear” was not the cultural appropriation of the BMFA social justice warriors or other similar cases: white people allegedly appropriating or consuming the culture of non-white people.

Rather, the issues were (1) the sheer idiocy of the name, and (2) the fear that the trademarking of KIMONO would preclude the usage of the term by Japanese firms or even use as a generic expression in writing.

To be sure, the use of KIMONO as a brand name for underwear is more than a little bizarre and tasteless. But silly brand names, at least from the perspective of an English speaker, are endemic in Japan, too, ranging from Calpis that some waggish foreigners described as tasting like its pronunciation (cowpiss) to Creap — a coffee whitener that English speakers naturally find creepy.

There are also brand names that could be construed as cultural appropriation. Suzuki marketed (1991-1998) a small sports car under the name Cappuccino.

Further, kimono as a term for sleepwear (dressing gowns, pajamas) has been used in English since the late 19th century. Although more than a little archaic, a search on “kimono nightgown” will instantly turn up sites selling not just nightgowns incorporating fabrics or decorative patterns taken from Japanese kimono but also rather more generic items where kimono is a synonym for nightgown. I had heard this usage as a child decades before KKW was born, but it is also noted in academic studies of Japanese kimono.

Or Purely Monetizing Everything in Her Life

Aside from what might be the vulgarity of associating Japanese kimono — which can be works of art — with beige colored “shapewear” for women, there is the fact known to foreign writers but not to Japanese. That is, KKW and her clan have sought to monetize everything and anything they can. KKW herself has sought to trademark the names of her children in order to merchandise them.

Moreover, her attempt to make money from the term KIMONO goes well beyond “shapewear.” It encompasses a range of items including whips and dog harnesses. Seeing the references to KIMONO brand whips and other items made me wonder if her firm will be marketing items for the BSDM trade.

In short, for most of those protesting KIMONO, the issue is not cultural appropriation but KKW’s crass misuse of the word kimono, an iconic element of Japanese culture.

Not being a lawyer of any type, least of all one specializing in trademarks, I cannot give a professional opinion on how the trademark KIMONO might impact language usage or the activities of firms producing real kimono and their accessories. The fear that “If Kim gets recognition for her KIMONO trademark which is currently at the application stage, this may be a barrier to Japanese companies seeking to engage in the kimono business outside of Japan” does, however, seem to be exaggerated at the very least, if not completely improbable.

I checked the United States Patent and Trademark Office (USTPO) database.  As of June 30 there were 103 trademarks trademarks with “kimono” in the name. Only eight of those were for KIMONO and could be linked to KKW’s firm. In other words, well before she came along with her “shapewear” line there were already numerous ventures using kimono as part of a trademark.

Using a common word as a trademark does not preclude the continued generic use of that word or the use for very different products.

For example, Apple having a trademark for computers does not prevent the use of apple in other contexts and certainly does not prevent its use as the name for a type of fruit. A check of the USPTO database shows 4,367 trademarks using apple, including some that use the Japanese word for apple (ringo).

Aside from the online outpouring of indignation, there was the almost obligatory petition on change.org.

The petition was put forward in English and French by Sono Fukunishi, a Japanese artist based in France who claims she wears kimono every day, something that is highly unusual in Japan itself. There is also a Japanese version.

As of the time of writing (July 2), the petition had attracted approximately 133,000 signatures, the preponderance of which appear to be non-Japanese.

The mayor of Kyoto also sent a formal letter of protest to KKW, saying:

Kimono is a traditional ethnic dress fostered in our rich nature and history with our predecessors’ tireless endeavors and studies, and it is a culture that has been cherished and passed down with care in our living. Also, it is a fruit of craftsmanship and truly symbolizes sense of beauty, spirits and values of Japanese.

The letter goes on to note that wearing kimono is popular among tourists to Kyoto and other cities and expresses concern about the trademarking of KIMONO:

We think that the names for “Kimono” are the asset shared with all humanity who love Kimono and its culture therefore they should not be monopolized.

For her part, KKW responded with a statement issued to the New York Times, saying the use of KIMONO is “a nod to the beauty and detail that goes into a garment.” She further added that she has no plans “to design or release any garments that would in any way resemble or dishonor the traditional garment.”

Oddly, while the NYT article noted that Kimono Condoms have been trademarked without controversy, the author seems not to have queried KKW about listing whips and dog harnesses as part of her planned KIMONO brand.

While I believe that the social justice warriors who forced the BMFA to accede to their claimed ownership of Japanese culture deserve a takedown, I am of two minds with respect to KKW and her KIMONO.

For me, it is more moronic than offensive. And someone who is so dense as to be unable to see what is wrong with this usage deserves sympathy rather than condemnation.

But there is another reason for not engaging in condemnation: that may have been what she was seeking.

As numerous articles have noted, the Kardashian clan are shameless self-promoters and they have been accused of cultural appropriation in the past. It is unlikely they employ any but the best legal and marketing talent who certainly would know the potential for the “cultural appropriation” charge in the hyper-sensitive United States.

It may be the case that she or her marketing staff wanted a flap. Although her family is derided as “famous for being famous,” a recent New York Times article entitled “Keeping Up With the Kardashian Cash Flow” suggested that the Kardashian women were supremely savvy business women who consistently turned even negative news about them into a profit-making opportunities.

Numerous tweets with the #KimOhNo Twitter hashtag suggested that the KIMONO trademark was chosen with the expectation that it would produce a backlash, and in the process give KKW and her “shapewear” an immense amount of free advertising. This would be especially true in Japan, where KKW is not that well-known.

And, as if to confirm this speculation, shortly after the “final draft” of this article was submitted, the news came in from the BBC and other media reporting that KKW was going to change the brand name. The general line being taken is that this was a response to the charges of “cultural appropriation” or even in response to the letter from the Kyoto mayor.

I share the view of those saying that this was a calculated effort to get free publicity, one that succeeded admirably.

During the nearly two decades I taught my course “Japan in the Foreign Imagination” I was struck by the degree to which “culture” figures in English language reporting on Japan. This was particularly so for corporate malfeasance, social problems, male-female relations, and the low Japanese fertility rate.

In contrast, culture is seldom mentioned in writing about similar issues in English-speaking countries. And when it is mentioned, it is either the culture of a specific company or disembodied culture as in “gun culture,” not something that is intimately tied to a national or ethnic culture.

Because this pattern is singularly pronounced in American writing, it led me to the conclusion that “Americans ain’t got no culture.” Kim Kardashian and her use of KIMONO are further evidence of that deficiency.

For that reason, I would rather have seen KIMONO stand as the trademark both as a symbol of the utter crassness of the Kardashian clan but also of the U.S. at large. It is something that has always been there, but something that is even more symbolized by the U.S. President and a number of those close to him, a connection frequently noted by American critics of the clan and the President.