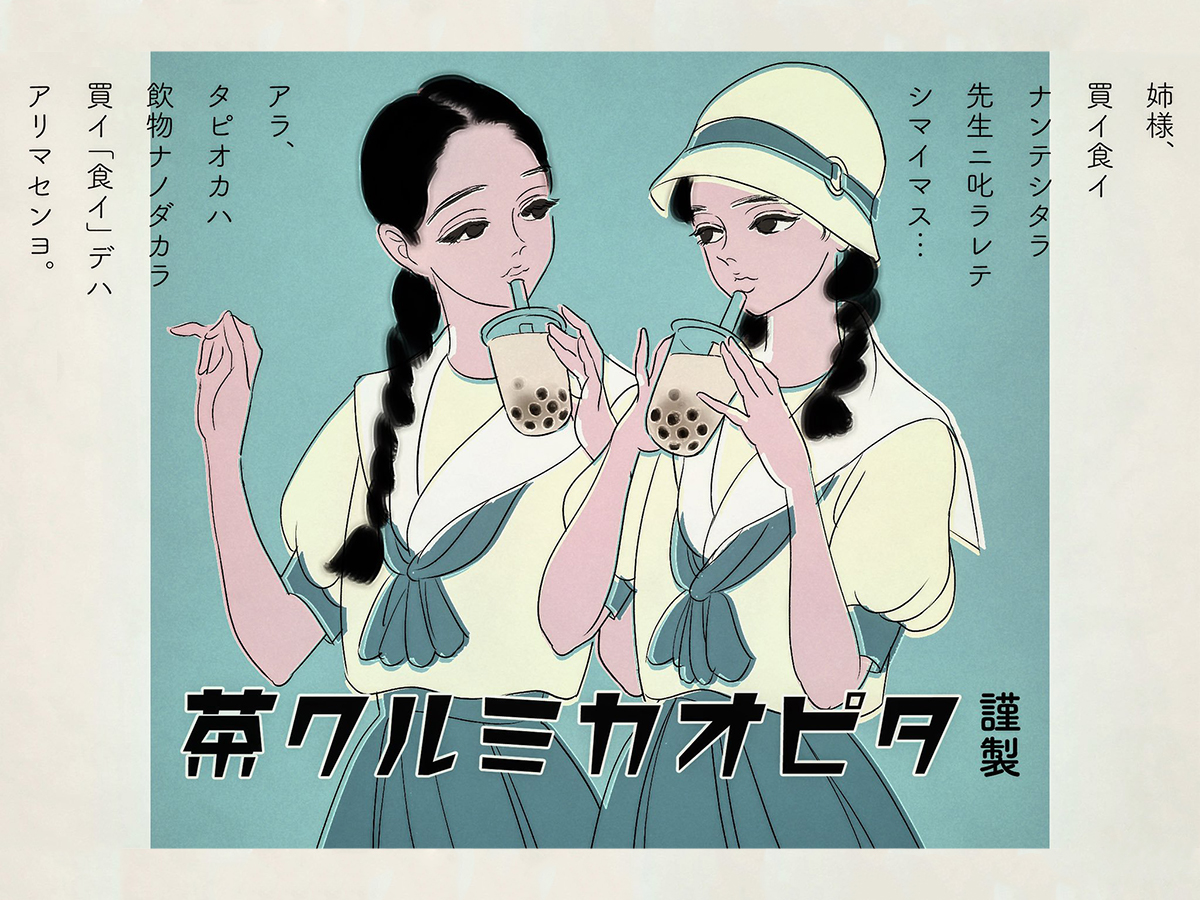 Bubble tea drinks are all the rage in Japan and shops selling bubble tea, or tapioca タピオカ as it's called here, seem to be popping up everywhere in major cities throughout the country. Many of these shops, like Chatime, CoCo Fresh Tea & Juice, Saisabo, and The Alley Lujiaoxiang, are direct imports from Taiwan, but home-grown bubble tea shops like comma tea, Ochaba and Tapista can also be found.

While the mood is generally positive towards the growing presence of bubble tea in Japan, there have been a few problems.

As has been the case ever since the Meiji Period, young women's fashions and trends have invariably been the subject of criticism, primarily by men. It would seem that the bubble tea boom, primarily sustained by female consumers, is no exception. As we reported earlier, an online controversy erupted after a customer visiting a newly opened bubble tea shop complained that the shop's cute mood was ruined by the presence of an older man working behind the counter (who happened to be the CEO pitching in to help the line move faster). Although many were critical of her view which could be construed as sexist and ageist, there was just as much criticism of the backlash it provoked which partly devolved into misogynistic dismissals of the bubble tea as representative of young women's trends.

Moreover, according to the Yukan Fuji, organized crime has also tapped into the bubble tea industry due to its profitability.

Finally, as reported by Nippon.com based on a Fuji News Network broadcast from June 5, 2019, areas such as Harajuku and Omotesando, which have a high density of bubble tea shops and arguably insufficient trashcans, are facing a serious littering problem with people discarding the large plastic cups haphazardly in the streets or public toilets, and blocking up trashcans holes only wide enough to fit cans or bottles.

Cognizant of the bubble tea trend and some of the issues it currently faces, Sakuma Asana, an illustrator and manga artist most famous for his ongoing comic essay 『あさな君はノンケじゃない！』"Asana-kun isn't straight!" posted an illustration on his Twitter account which immediately caught the public's attention. Drawn in a retro style reminiscent of the early Showa era, it looks like an advertisement for bubble tea.

The rest of the article can be viewed on our partner’s website, grape Japan at ”Mangaka and Illustrator Sakuma Asana’s Retro Bubble Tea Ad Has A Modern-Day Message.“