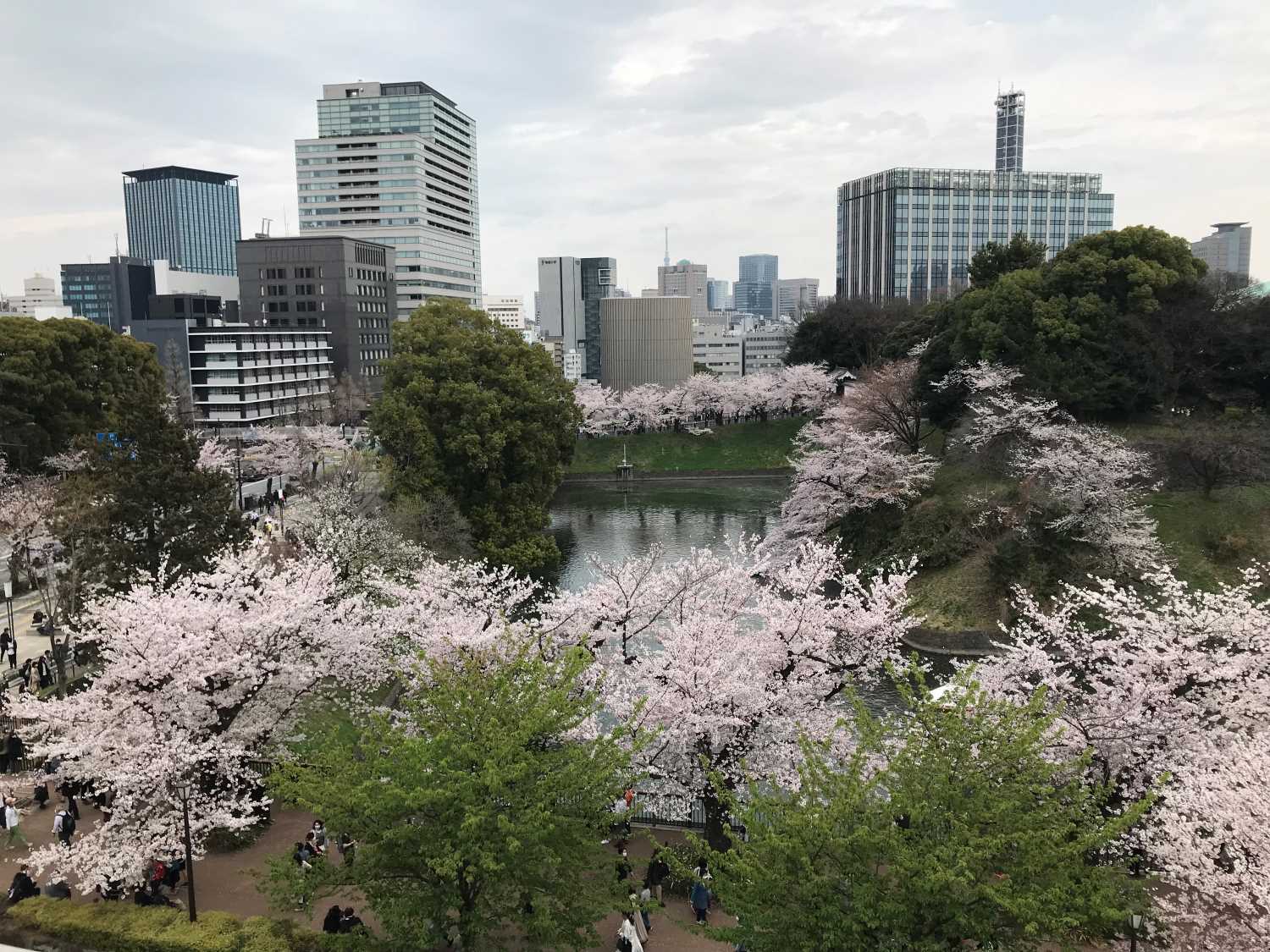 Chidorigafuchi and Sotobori Park in central Tokyo’s Chiyoda Ward are popular hanami spots for cherry blossom viewing. But the trees are aging and the funds for preserving them are running out.

The area’s Sakura Festival, which used to draw a million visitors every year, was canceled for the third consecutive year in 2022, due to COVID-19 prevention measures. As a result, the ward has turned to crowdfunding in a call for widespread support of the cherry trees.

“It’s really beautiful!” someone exclaimed. On the afternoon of March 30, the area around Chidorigafuchi was crowded with many visitors admiring cherry blossoms and taking commemorative photos. Here, about 260 sakura trees, including the popular five petal blossom Yoshino variety, line the 700 meter long green path along the Imperial Palace moat. It has long been one of the most popular hanami spots.

Chiyoda Ward takes pride in having 2,000 blossoming cherry trees, including the ones in Chidorigafuchi. Most of them, however, were planted around 1955, and are now nearly 70 years old. They require proper care to tay healthy, according to the municipality’s Park Division. Cost of pest prevention and pruning totals about ￥9 million JPY ($72,000 USD) annually.

In 2004, the ward had set up a “Sakura Fund” to solicit donations from people visiting the annual Sakura Festival. About ￥7 million JPY ($56,000 USD) for tree care has come from the fund every year, with the remaining ￥2 million JPY ($16,000 USD) coming from the local government budget.

However, the COVID-19 pandemic has forced the cancellation of the festival for three years in a row, and along with it, donations dwindled.  As of February 2022, the balance of the fund was said to be only about ￥6.7 million JPY ($53,500 USD).

It also offers prizes to donors, depending on the amount. Benefactors can be eligible for opportunities such as a cruise on the outer moat to view the Edo Castle and the oldest stone bridge in Tokyo. Another prize is senjafuda, votive stickers or placards usually posted on the gates Shinto shrines and Buddhist temples, made of cherry blossom trees. Or, a donor might be eligible to have their names posted on the information board scheduled to be installed in Chidorigafuchi.

By 5 pm on April 8, as the ward official in charge appealed to the public to “cooperate to protect the beautiful cherry blossom landscape for the next generation,” the contribution level had reached ￥5.3 million JPY.

Contributions through the crowdfunding appeal are accepted until May 9. One can access the dedicated site from the Chiyoda Ward’s homepage. For inquiries, please contact the Chiyoda Ward District Road Park Division (03 5211 4239).

(Read about the Chidorigafuchi crowdfunding appeal in Japanese at this link.)