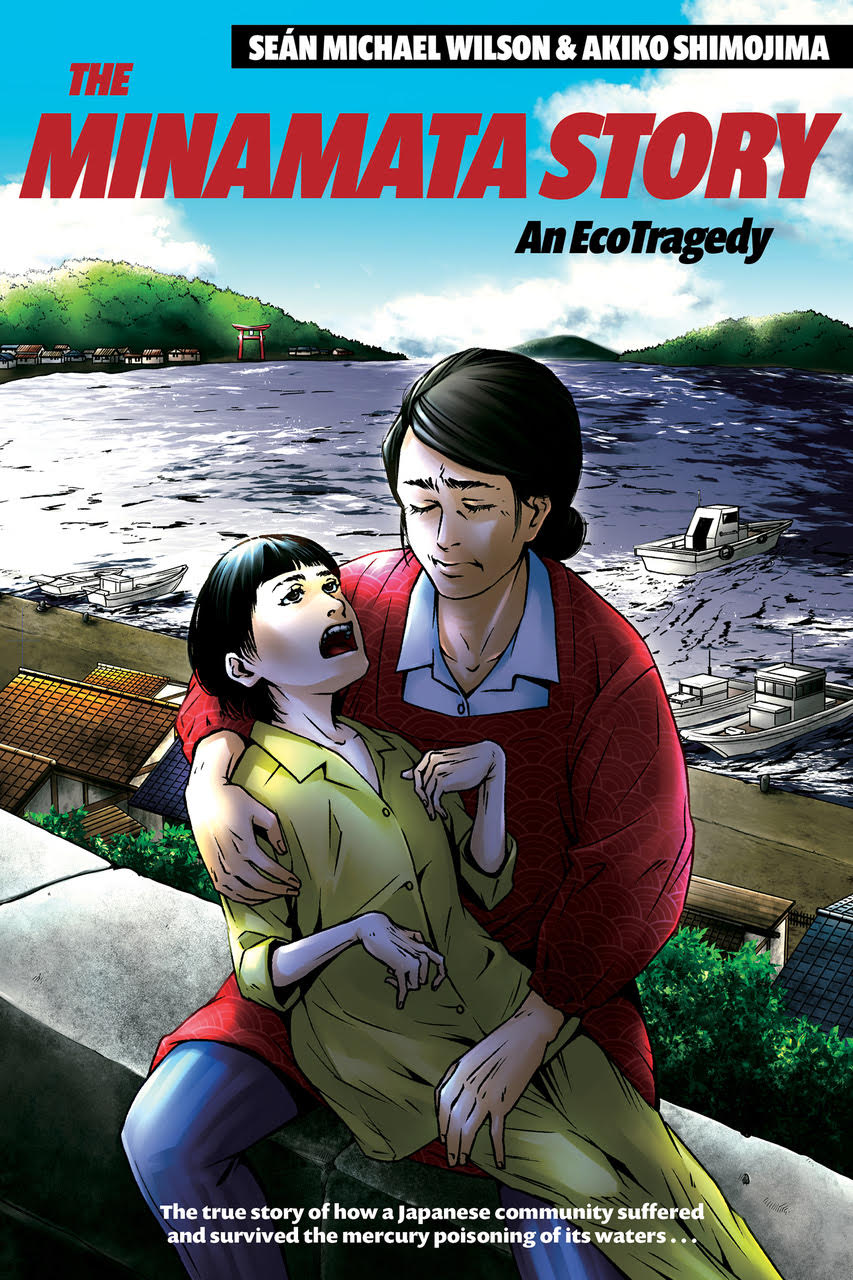 One might be shocked to see this word: EcoTragedy. But it perhaps only scratches the surface of what people in Minamata City suffered as events unfolded starting from the early 1950s.

At the time, strange symptoms started appearing in the community of Minamata, Kumamoto Prefecture, in Kyushu Japan.

The striking image of ominous “dancing cats” is used by many when recounting the shock and confusion at the time. Pictures this: the feline pets were overtaken by convulsions, moving much like they were part of a disturbing dance.

Formal inquiries were conducted by the local university and the Japanese Ministry of Health and Welfare, which traced the symptoms to a chemical company based in Minamata that was dumping methylmercury waste into the water. High quantities of mercury were being absorbed by the fish, and then in turn by the locals who made up a flourishing fishing community.

The first well-documented case was found in 1956. A 5-year old girl showed neurological symptoms such as convulsions and difficulty speaking. Other patients with the same condition were then confirmed. It was calculated that of 54 patients in Minamata diagnosed with similar symptoms since 1953, 17 had died by 1956.

Today known as mercury poisoning, the illness was first called “Minamata disease” in 1957.

One might think that the story ends there, but it doesn’t. Instead, the health crisis also became a social issue. Stigma followed people who came from the area, even when they moved elsewhere. Fishermen suffered as the source of their income was feared contaminated and could not be sold.

An Author Goes Inside Minamata’s History

Are people still affected today? What would it be like to ask someone from Minamata about what happened in their hometown?

These are the questions that manga author Sean Micheal Wilson asks in his new project on the topic of Minamata, called “The Minamata Story An EcoTragedy.”

The book, co-authored with Akiko Shimojima, is written from the point of view of a student who takes up the topic of Minamata disease for a high school writing assignment. When he tells his family, he finds out that his grandmother is from the area, but had hidden her origins because of the associated stigma.

Her story becomes an impetus for the young man to learn more. He visits the area, connects with his extended family, and learns how the locals are affected by the tragedy to this day.

Author Sean Michael Wilson talked to JAPAN Forward in an online interview about what pushed him to realize this work, and what he hoped to achieve through the project. The book has been set for publication on June 15.

What made you decide to take up the project?

A friend of mine who is an environmental campaigner has a few of my books on social issues and suggested that I do the next one on Minamata. I had heard of it before and thought it was a good idea.

So, he took me down to Minamata to meet with the disease sufferers and those who care for them. They took me on a tour of some key places connected to the issue, and I learned a lot.

Then, we both researched it, for facts and visuals. So, hopefully our book should be largely accurate.


Having written many different manga genres, how was producing this one different?

Much the same process applies to all my books. I research the topic, interest a publisher or funder in a book about it, choose an artist to work with, write the script, work closely with the artist on the art, etc. In most cases, my books are about people from further back in history or far-off places.

The key difference here is that many of the people in this book are still alive, and here in the same areas as I live in. Therefore, I could engage in some direct anthropological style research for this book.

What was the creative process in deciding how to tell the story?

A key thing is often about not putting overly complicated information and experiences in the book. A good way to do that is to have a figure in the book who sees things more or less as the reader will. So, in this case we have a young college student exploring the issue, meeting the people, seeing the places. And as he learns and sees all this, so does the reader. It’s a classic technique in storytelling.


What was the creative relationship with co-author Akiko Shimojima? How did you split the work?

The process of making a comic book or manga is more complicated than most people think. And it takes longer. There are about 7 different stages, from coming up with the idea, to the final stage of printing the book. But there are smaller elements within those stages. It needs a whole article to go into it. Basically, I write the story in script format and the artist brings that to life in the illustration process.


With something as complex as Minamata, what do you think are some of the advantages of telling the story through manga instead of other mediums?

I suppose some might still have the old-fashioned idea that manga is for young people only or mainly about fantasy. That has never been true. But especially nowadays, manga and graphic novels are about a very wide range of subjects, many of them suitable for adult readers. They go into issues of history, society, medicine, nature, politics in sophisticated ways.

According to some university studies, the text-art mixture is the best way to process and recall information.


What message do you have for readers and how should they approach your manga?

Simple, without sales, books die. At least they do in this economic system.

So, creators like me doing sophisticated manga and graphic novels need your support in order to keep doing what we do. Anyway, why not have a look and see some of the great range of very interesting books being made nowadays, including our Minamata manga.

Title: The Minamata Story An EcoTragedy

To purchase the book: The book is available for pre-order from the publisher’s website, from Amazon here or Barnes and Nobles here.

Sean Michael Wilson, who lives in Kumamoto, Kyushu, is originally from Scotland. He has published more than 30 books through various U.S., UK and Japanese publishers, and is the only professional manga writer from Britain who lives in Japan.

He was editor of the critically acclaimed collection ‘AX:alternative manga’ (Publishers Weekly’s ‘Best ten books of 2010’ and nominated for a Harvey award). Working with various Japanese artists he has written a unique line of Japanese history/martial arts/Samurai books, including The Book of Five Rings, Secrets of the Ninja, The 47 Ronin. In 2016 the book ‘The Faceless Ghost‘ was nominated for the prestigious Eisner Book Awards, and received a medal in the 2016 ‘Independent Publisher Book Awards’.

In 2017, Wilson was the first British person to receive an International Manga award from the Japanese government, for his book Secrets of the Ninja. In 2020 he received the ‘Scottish Samurai Award’ from an association celebrating links between Japan and Scotland.