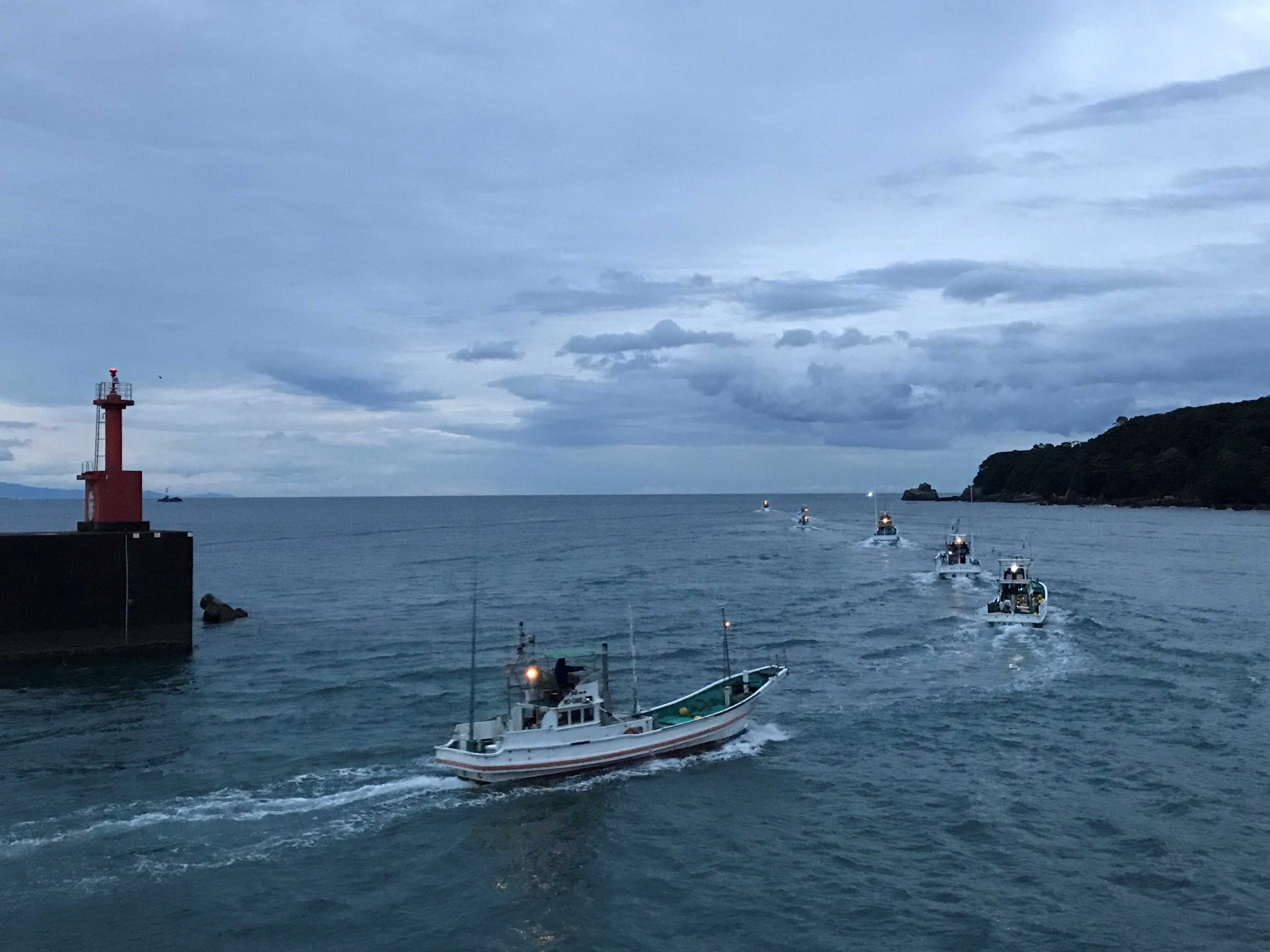 A modern dolphin hunt begins as ships depart from the local port.

Taiji fishermen have been prowling the waters around this village for over 400 years, so you would think by now they had sampled every living thing in their stretch of ocean.

Like the dozens of other coastal communities arrayed along the southeast coast of Japan’s Honshu island, Taiji has always lived off of the whims of the sea, and especially the Kuroshio, or “Black Current.”

Named after its deep blue hue, it carries warm water up to the Japanese coast from the Philippines, a churning stream thousands of kilometers long and hundreds wide that swirls up plankton fields and carries entire ecosystems as it flows. It is a fickle provider – sea life that has appeared reliably for decades can suddenly disappear, only to come back years later, or be replaced by entirely new species.

The seasonal offerings of today – barracuda and mahi-mahi in spring, shellfish and seaweed in summer, “Ise-ebi” spiny lobsters and moray eels in the fall, and squid and blowfish in the winter – could change at any time, and the fishermen must adjust.

In Taiji, one of a handful of active whaling towns in Japan, this is also true for the small whales and dolphins that migrate with the current. [...]

“The migration patterns of the whales have changed. It could be because the water is slightly warmer, or because the path of the Kuroshio has changed. But the pilot whales now migrate at different times,” a dolphin hunter said.

This is a problem for the fishermen, because the hunts are tightly regulated, with strict quotas and limits to the months they can be active. The hunting season runs from September through March every year, and when whales come outside of that time frame they cannot be touched.

In Taiji, the fishermen and residents have a recorded history of catching and consuming local whales and dolphins that dates back to at least 1606. The local food culture, however, is still evolving, as the town reacts to changes in the Kuroshio and local conditions.

You can read the rest of the interview to learn about recent changes in migration, new species and their importance in Japan at this link. This article was first published by Whaling Today on October 25 2021. Check out Whaling Today for deeper and unique insights into Japanese whaling culture, whale conservation efforts and sustainable whaling.