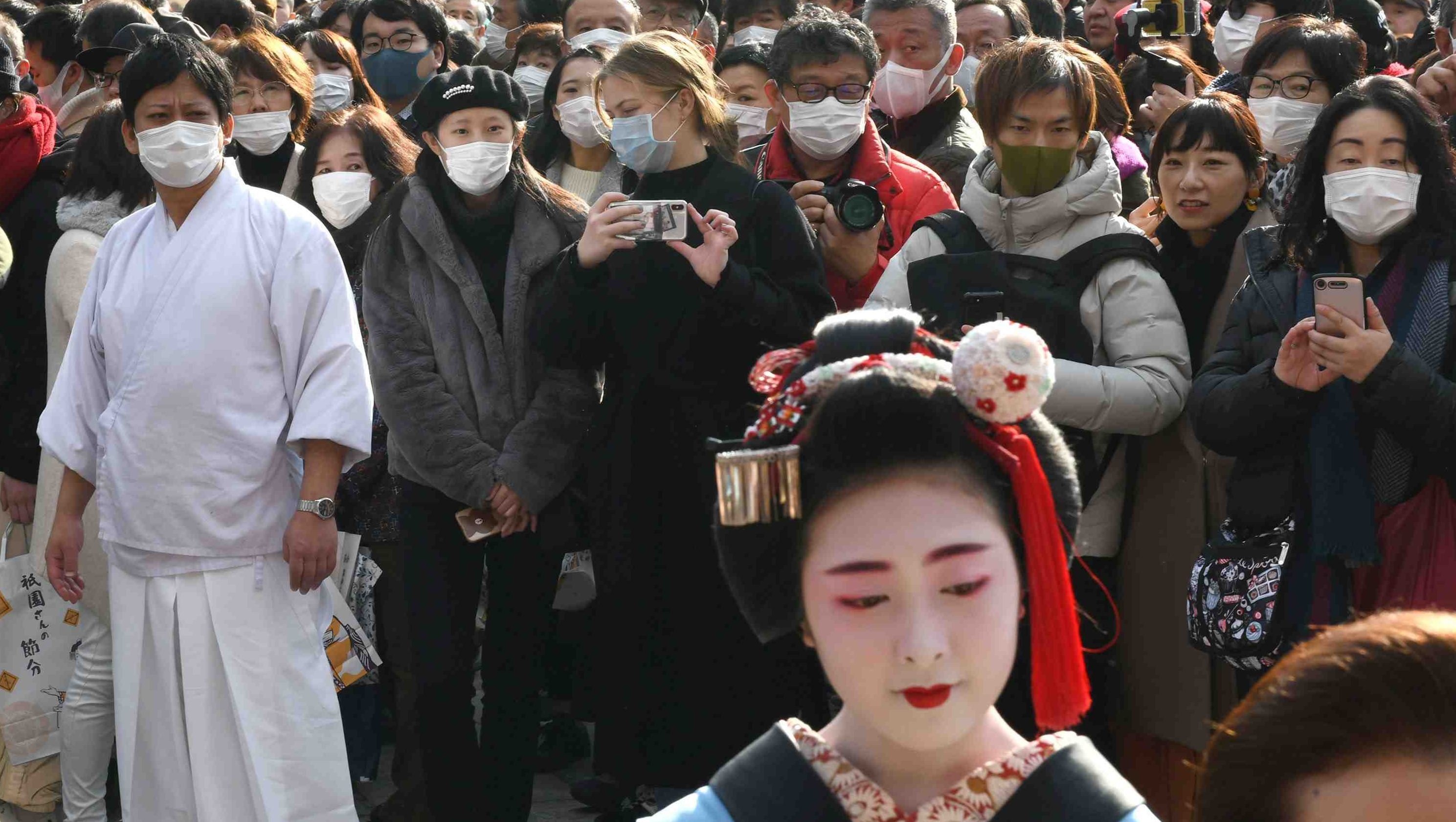 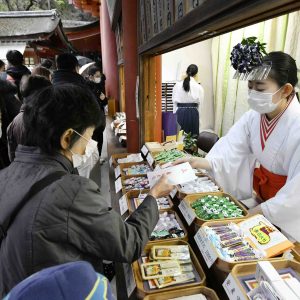 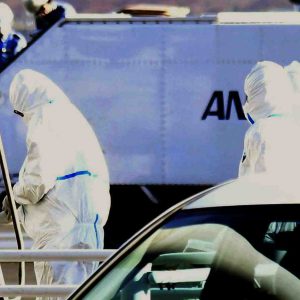 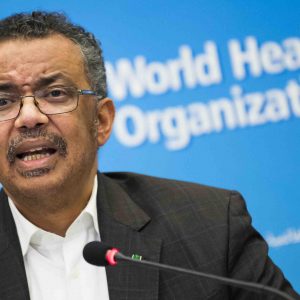 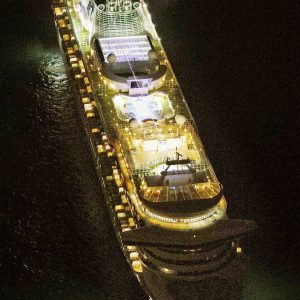 111 Diamond Princess Cruise Ship quarantined due to Coronavirus. Passengers not allowed to go through immigration procedures due to health risks 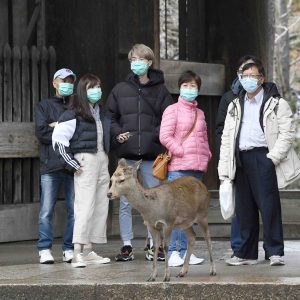 Tourists in Japan wear mask due to Coronavirus 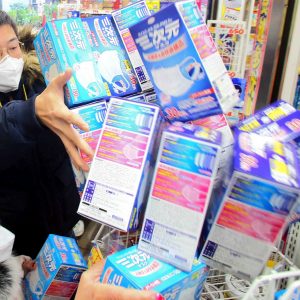 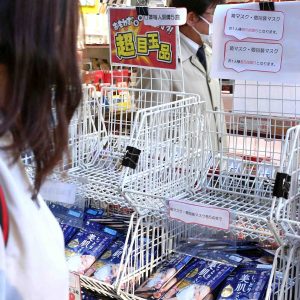 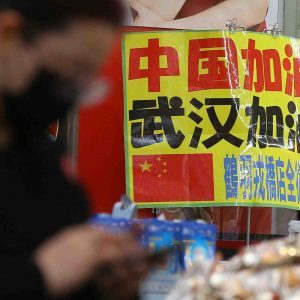 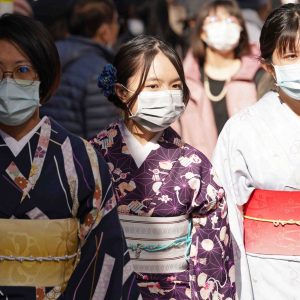 A novel coronavirus has managed to spread like wildfire — both physically and in people’s imagination — since early in the New Year. It has occupied all forms of media, from wondering about its origins to drawing up policies to prevent its spread around the world, and even to being the subject of satire at the British Academy of Film and Television Arts Awards.

The epicenter of the outbreak in Wuhan, in China’s Hubei province, is thought to be an open-air market in the metropolis. Since the detection of the virus in early December, it has spread across China, with over 28,078 cases and over 564 deaths as of morning of February 6  (up from 20,574 cases and 426 deaths as of morning February 4). There are more than 226 cases abroad, affecting more than 26 countries between Europe, Asia, Australia, and the United States.

The first death from the virus was reported by the Chinese authorities on January 11. The first overseas deaths were reported in the Philippines on February 2, and in Hong Kong on February 4.

The outbreak’s impact has been felt particularly acutely as the announcement of the outbreak coincided with preparations for the Lunar New Year celebration, a period when Chinese would normally take a long holiday and travel abroad.

Several countries quickly took precautionary steps and repatriated their citizens, especially those in and near Wuhan, including the United Kingdom, the U.S., Japan, and Italy, among others. Many schools and domestic Chinese companies, as well as foreign companies operating in China, decided to extend the holiday period and stay closed in an effort to prevent further spread of the illness.

The Chinese authorities responded on multiple levels. They put travel restrictions on more than 30 million citizens, including all of Wuhan, giving way to widely disseminated footage of the 11–million people city becoming a ghost town. They also built a new hospital with more than 1,500 beds in Wuhan in record time. The new facility, which started operation on February 3, is said to be specifically for coronavirus patients.

As of February 3, People’s Republic of China President Xi Jinping declared that China was fully engaged in fighting the virus, saying, “We have launched a people’s war of preventing the epidemic,” acknowledging it as a “major test of governance” while warningly that “those who shirk responsibility will be punished.”

Factors contributing to the speed of the spread include a two-week incubation period during which victims generally exhibit no symptoms, a wide variety of symptoms once a patient reports feeling unwell, and the fact that the virus can be transmitted from person to person even during its incubation period.

As the virus spreads outside of China, one of the main countries affected has been Japan.

Impact on the Japanese Archipelago

Japan is a geographic neighbor of China and maintains close economic and social ties with the country. This is reflected in the number of patients. Of the overseas cases, Japan has the highest number of confirmed cases of coronavirus outside of China — more than 45 as of posting.

The first case in Japan was announced on January 16. Initial cases were confirmed among people who had a recent history of having been to Wuhan. A week later, though, a Japanese driver and a tour guide with no history of traveling to Wuhan, both of whom had come into contact with tourists from China, were reported to have contracted the virus.

On February 3, two people on a cruise ship set to visit Yokohama were quarantined due to symptoms similar to those associated with the coronavirus. After the diagnosis of coronavirus was confirmed in a couple from Hong Kong on February 4, the rest of the passengers were also tested. As of this posting, a total of 10 people were found to have contracted the virus.

The Current Situation and Government Response

The Japanese government naturally is being called to answer questions on how it is dealing with the containment of the virus. On February 3, in response to a question from Noritoshi Ishida, a member of the House of Representatives of the National Diet, Prime Minister Shinzo Abe explained the government’s efforts:

The first thing is to prevent the spread of the virus. We are putting all our energy into protecting the lives of our citizens. At the same time, the economic impacts are also being felt, so, mindful of that, we plan to address the situation as best we can.

The government also moved to prevent the entry of potentially infected persons. Chief Cabinet Secretary Yoshihide Suga said on February 3 that eight foreign nationals had been denied entry due to their history of having recently visited Wuhan.

Among the public, since the initial announcements about the virus, Japanese wearing masks can be seen in even greater numbers than usual. Masks are out of stock in most shops. Those being sold on online platforms such as Mercari have become a hot commodity, selling for as much as 15 times their original price.

As of posting, Kobayashi Pharmaceutical Co. Ltd., a company which also produces surgical masks, reported a sharp increase in orders for masks. Even some hospitals reported having run out as of February 3.

To address the public unease about the mask shortage, State Minister of Health, Labour and Welfare, Gaku Hashimoto, explained in the Diet Session on February 3:

Will the Coronavirus Panic Affect the 2020 Olympics?

In an effort to fight sensationalism, the government has said clearly that it is working to ensure the normal operation of the Olympics.

When all is said and done, safety is paramount. If we don’t share information and plan accordingly for what is to come, it will have a great impact on the Olympic and Paralympic games.

Her comment came a couple of days after the topic of canceling the Tokyo Olympics and Paralympics became a trending topic on Twitter. The scare was generated after the Japanese news website Buzzap! picked up the story from a German news website that the IOC and WHO had concluded a discussion with the comment that the coronavirus could have “a serious impact  on the games.”

The Economic Impact: Business and Tourism

Japan’s economic ties with China are among its closest. So, unsurprisingly, the economic repercussions are already being felt in both countries. Japanese companies in the supply chain of the automobile and electronics industry are especially affected, including Toyota, Sharp, and Panasonic, just to name a few.

At a press conference on February 4 in Tokyo, Sony Corporation CFO Hiroki Totoki announced the company’s revised upwards financial forecast for the fiscal year. When asked about the possible impact of the coronavirus, he admitted, “We can’t deny that there is the possibility that the impact of the coronavirus might contradict the upwards prediction.”

The concern is that the sales in the Chinese market of smartphones and the popular Playstation 4 might be affected.

In Japan, the tourism industry in particular is already taking a hit. Together with restrictions on travel to and from certain areas in China, the Chinese authorities called for a stop to overseas tour groups on January 27, which directly impacts tourism in Japan. To give some context, according to numbers released by Japan’s Ministry of Land, Infrastructure, Transport and Tourism, out of the 30 million-plus visitors to Japan in 2019, about 9,594,300 — nearly one-third — were Chinese. Furthermore, out of these, more than a third came in tour groups.

According to an estimate by NHK, Japan’s national broadcast entity which interviewed a Japanese travel agency aimed at Chinese tourists, halting tour groups could mean that up to 400,000 people could cancel their trips between the end of January and March.

Cancellations are already affecting the supply of hospitality services. According to The Sankei Shimbun, COO Shouhei Kimura of Tokyu Fudosan Holdings, which manages a number of high-end hotels, commented in a press conference, “The prices of hotel rooms on booking websites are going down.”

The effects are also being felt in retail. The Sankei Shimbun also reported that compared to the period of the Lunar New Year in 2019, sales for the period of late January and early February have fallen dramatically in Japanese signature department stores. Takashimaya recorded a fall of 14.7% in sales. Isetan Mitsukoshi Holdings reported a 10% decline, and Daimaru Matsuzakaya Department Stores Co. Ltd reported a 5% drop.

Kao Corporation, a Japanese cosmetics company, announced that it expects to lose up to ¥20 billion JPY in the 2020 financial year due to the decrease of consumption by Chinese tourists. Kao Corporation CEO Michitaka Sawada commented, “We expect the impact to continue in the near future.”

The long-term implications of the coronavirus in Japan remain to be seen. In the meantime, make sure to stay tuned for more updates and developments on this story.