[NPB NOTEBOOK] Giants Try to Cool Off Red-Hot Swallows, but Have a Huge Mountain to Climb 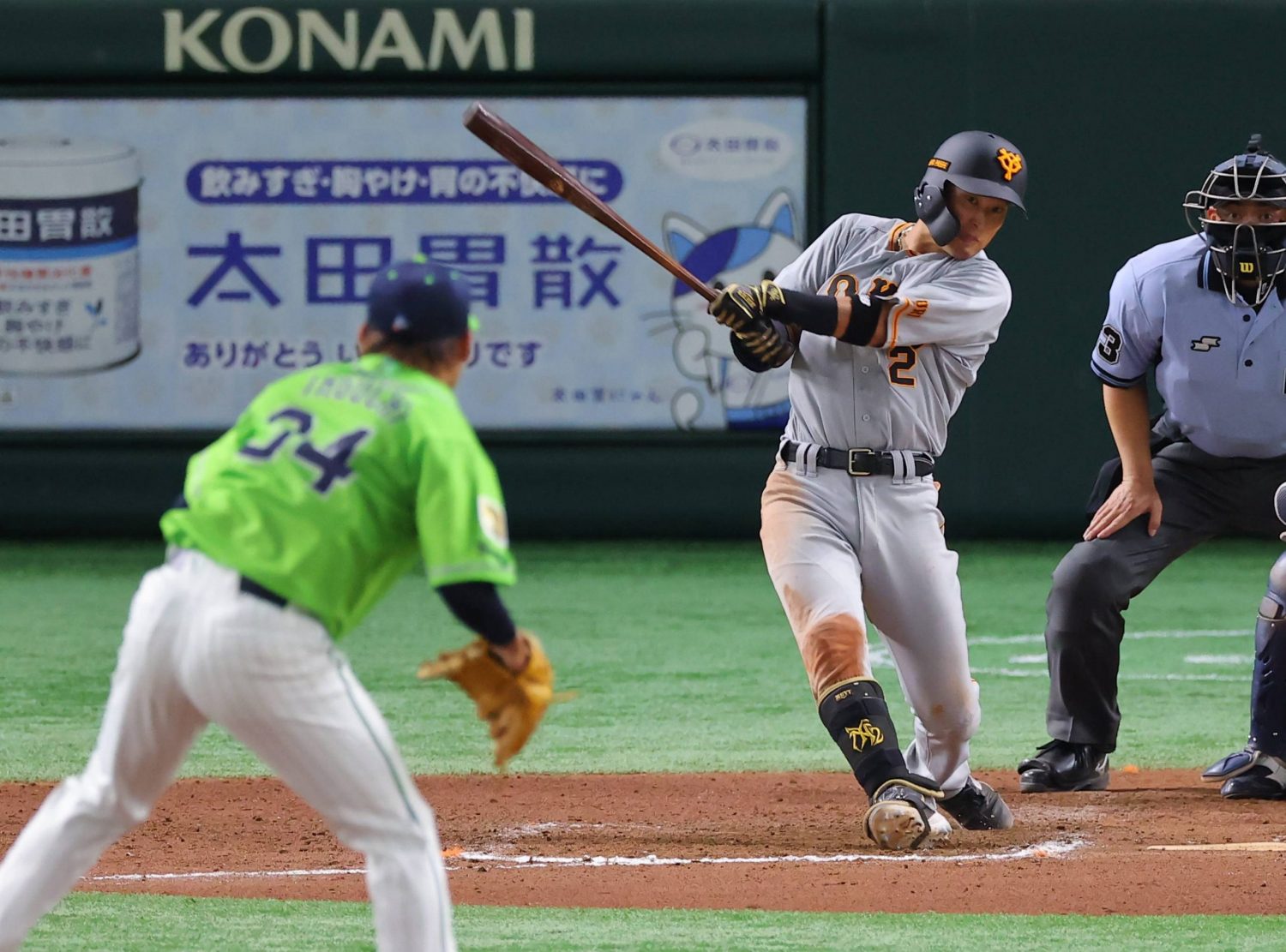 It seems the Yomiuri Giants did not appreciate having their crosstown rivals set their sights on the Central League pennant this early in the season.

Heading into a three-game series at Tokyo Dome, the Tokyo Yakult Swallows had won 14 consecutive series, tying the NPB record set by the Nankai Hawks way back in 1954.

The recent hot streak had allowed the Swallows to build up a double-digit lead over the Giants and even ignited the so-called magic number ― the required number of wins a team needs (or the same combination of losses by its nearest opponent) to clinch the title.

Magic numbers usually don’t appear until late August when the season is winding down.

But on July 1, Japan’s sports newspapers were awash with stories about how the Swallows’ magic number to clinch the CL pennant was 54.

The Giants must have considered that something of a slap in the face because they went out and took two out of three games at Tokyo Dome to keep the pennant race alive.

Naoki Yoshikawa was the hero in Wednesday, July 6’s 4-3 win when he drove in the winning run in the bottom of the 10th with a double. That clinched the series for the Giants and put a halt to Yakult’s 14-series win streak.

“Considering the situation we are in now, that was a huge hit for us,” Yomiuri manager Tatsunori Hara told Nikkan Sports. ”He’s been swinging the bat well lately and his value to the team has gone up."

Another bright spot for the Giants this season has been the play of their foreign imports.

Playing in his first season in Japan, Adam Walker has been a nice find for the Giants.


The Milwaukee native and former Minnesota Twins prospect, who spent 11 seasons in the minors before coming to Japan, has hit 17 homers and driven in 37 runs while batting .300 for the Kyojin through Thursday, July 7.

Tokyo is quite a change for the 30-year-old outfielder who previously played for teams like the Hyannis Harbor Hawks in the Cape Cod League, the Milwaukee Milkmen and the Kansas City T-Bones in the American Association.

The Swallows won the Japan Series championship last year but the Giants were the Central League pennant winners in 2019 and 2020. The recently completed series is a sign the Giants aren’t ready to throw in the towel just yet.

Yakult avoided a three-game sweep with an 11-3 win over the Giants on Thursday, July 7.

Lefty Masanori Ishikawa, who is 42, picked up his career 182nd win and improved to 5-3 this season, giving up three runs on seven hits while striking out five over five innings.

But, at the same time, the series also shows the predicament the Giants find themselves in. Even though they won the three-game set, they still find themselves 12½ games back. Oh, and that magic number is now 50.

Tohoku Rakuten Golden Eagles batters rapped out a season-high 21 hits in a 14-1 win over the Chiba Lotte Marines at ZOZO Marine Stadium on Sunday, July 3.

Every member of the starting lineup got at least one hit. Hiroaki Shimauchi led the way with four.

It was the first time since April 17 against the Fukuoka SoftBank Hawks that the Eagles scored double-digit runs as they put an end to a three-game losing skid.

Takahisa Hayakawa (5-5) gave up one run on six hits over seven innings for the win.

Chikamoto singled to center in Hanshin’s 3-2 over Hiroshima Carp on Wednesday, July 6 at Koshien Stadium for his 30th consecutive game with a hit.

That tied the club record set by former major leaguer Matt Murton in 2011. The NPB record is 33 straight games with a hit set by Yoshihiko Takahashi in 1979.

Chikamoto, who already has 100 hits this season, has developed into one of the premier hitters in Japanese baseball.

“I don’t think about records too much,” Chikamoto said. “But I do go into every game thinking I want to get a hit, so if the end result of that is a record, that’s great.”

His streak came to an end on Thursday, July 7 when he went 0-4 against the Hiroshima Carp.

Kotoro Kiyomiya is quietly putting together some decent numbers for the Hokkaido Nipponham Fighters.

The highly touted infielder hit his 10th homer of the season on Thursday, July 7 in a 7-1 win over the Chiba Lotte Marines. It is the first time Kiyomiya has reached double-digit homers in his career with the top team.

In addition to his 10 dingers, Kiyomiya also has a .240 batting average, 28 hits and 20 RBIs. He is on pace for his best season in his four years in NPB.

The left-handed hitting Kiyomiya was the first pick of the Fighters in the 2017 draft. He is the son of a famous Japanese rugby union coach, Katsuyuki Kiyomiya.

For those who just can’t get enough baseball, the Seibu Lions will allow fans to pitch a tent and sleep overnight at Belluna Dome from July 16-18.

The Lions will be playing the Fighters in Sapporo Dome that weekend and fans will be able to watch the games on Belluna Dome’s giant screen.

For fans who can’t stay all night, part of the stadium seats will also be made available for the public viewing event, which is being called “Lions Summer Festival.”

BBQ facilities and appearances by former Seibu players will also be part of the program.