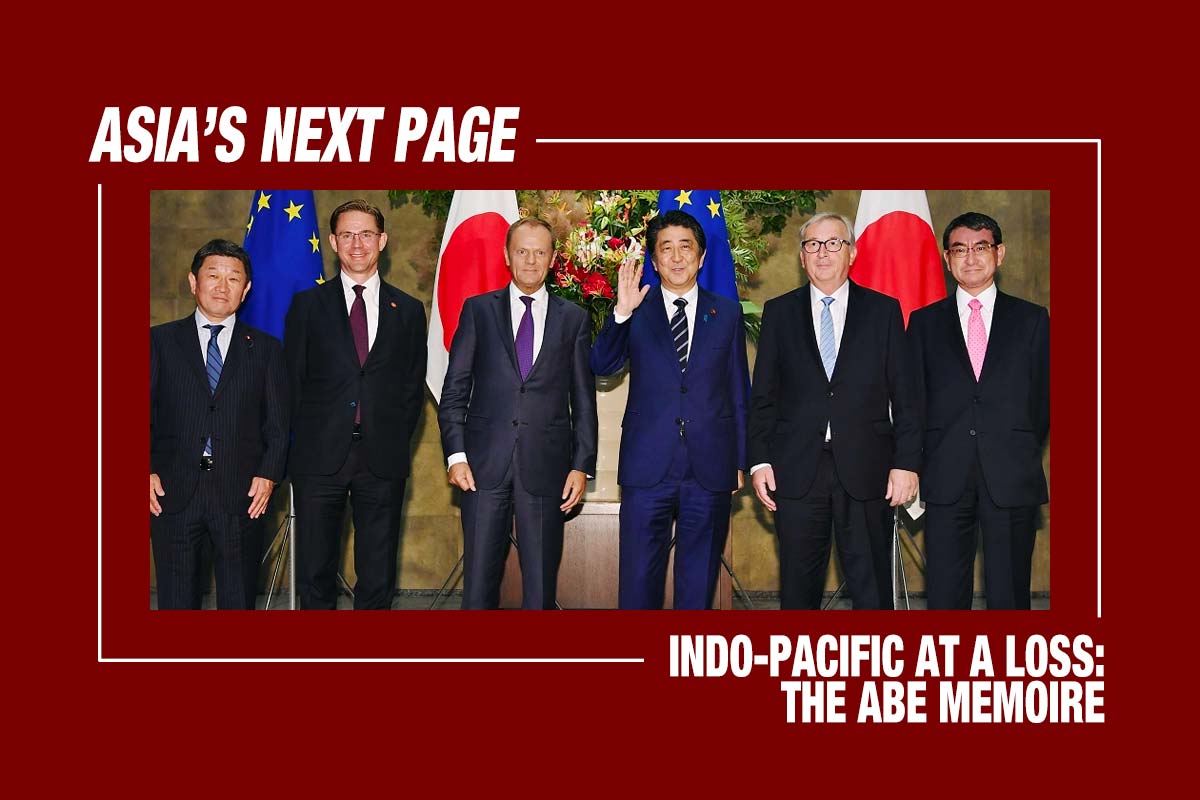 Former Prime Minister Abe giving a street speech in front of Kintetsu Yamato-Saidaiji Station in Nara City just before he was shot on July 8, 2022.

Often termed the most “Consequential Prime Minister” in post-War Japanese political history, Shinzo Abe’s legacy as Japan’s leader was set to last in stone. And the reason was loud and clear: Abe was consistent on how to build Japan’s internal progress while linking it with strengthening regional security.

Abe relinquished power two years ago, yet, he remained an important figure, if not the prime leader, in Japan. Personal innovation, personal chemistry and personal camaraderie with world leaders were his preferred foreign policy tools that brought him to global limelight.

What made Abe a historical leader was his success in making Japan realize the significance of “proactive pacifism” and building a national ethos for “collective self-defense”. Abe’s lasting legacy, in this context, was moving Japan away from its struggling domestic political platform, and displaying its leadership capability and weightage internationally.

If Abe’s “Confluence of the Two Seas” speech in the Indian Parliament was the beginning of a new chapter in Japan-India ties, his eloquent focus on a “broader Asia” laid the foundation for the Indo-Pacific concept.

His push to formulate the Quadrilateral Security Dialogue to realize this concept during his first term, and revitalizing it as Quad 2.0 during his second term, made him the Indo-Pacific’s biggest patron in action.

The Indo-Pacific as a construct only gathered its prominence under Abe. Amidst abounding doubts on the concept and deliverables, Abe succeeded in popularizing the Indo-Pacific notion and convinced the global audience of its merit.

Abe’s conviction that Quadrilateral as a process was a historical step that put China on guard and others realize that Beijing’s authoritarian rise will not go unchallenged. Revitalization of the Quad as a mini-lateral force has spearheaded the democratic securitization of the region, and Abe has been credited for the same for long.

Today, losing Abe completely from the Liberal Democratic Party’s (LDP) backend domestic political platforms is also a huge loss that Japan has to face, even ー especially ー as the LDP continued to rely on him for campaigning and strategizing. Abe’s legacy in the region spans not only the Indo-Pacific and the Quad, but also encompasses Japan’s efforts to emerge as a leader in the region.

Importantly, in keeping with his belief in economic multilateralism, Abe attempted to get lower and middle ranked economies bound together into an integral part of the Indo-Pacific, opposing authoritarian practices. By bringing together economic and security interests, he was able to build on ventures like the Comprehensive and Progressive Agreement for Trans-Pacific Partnership (CPTPP) even after America’s withdrawal from the original TPP. Concurrently, his dedication to cementing a Regional Comprehensive Economic Partnership (RCEP) with India in it was swift and consistent.

Domestically too, his economic philosophy, ‘Abenomics’, became another part of his economic legacy that revitalized faith in Japan’s economic multilateralism. Successors Yoshihide Suga and Fumio Kishida have themselves continued with ‘Abenomics’ —albeit termed Suganomics and Kishidanomics respectively —and broader Abe’s foreign policy doctrines.

Concurrently, Abe has built Japan as a world leader in sustainable and quality infrastructure investment via the Expanded Partnership for Quality Infrastructure (EPQI), which has emerged as an unofficial counter to China’s Belt and Road Initiative (BRI) in principle.

Japan’s Commitment to the Vientiane Declaration has been used to promote Japan’s cooperation on infrastructure development  among ASEAN, Australia, China, India, New Zealand, Russia, South Korea, and the United States, for example. Such a practice has continued even after his resignation.

His expertise and astuteness was only enhanced by the personal touch he added to his diplomatic interactions with world leaders, especially India’s Prime Minister Narendra Modi, that made his foreign policy all that more successful and powerful.

Furthermore, under Abe, Japan’s ties with Asia, Europe and America improved significantly, while his pragmatic policy of adhering to Japan’s age-old seikei bunri principle vis-à-vis China only allowed him to maneuver delicately the rocky China-Japan relationship.

In light of Abe’s assassination amidst the LDP’s election campaign, it remains to be seen how the party will seek to build continuity by preserving his legacy, especially vis-à-vis the Indo-Pacific. Abe was shot while aiding in LDP campaigning, and it is likely that the party will stay in power for some time based on the legacy that Abe left behind. His popularity is perhaps most evident by the fact that he was Japan’s longest-serving Prime Minister as well as one its most successful. Taking his success forward will now be a foremost focus for the LDP.

Nonetheless, Tokyo’s internationalism, which was rallied by Abe via the Free and Open Indo-Pacific (FOIP), will remain a key area of focus that the LDP will continue to push forward internationally.

Within a divided world, Abe’s most defining legacy – both for Japan and the regional and global community – was that he built a united democratic Indo-Pacific coalition. His expert and ingenious diplomatic skills were critical to pushing forward the Quad strategic diamond and bringing together major powers of Japan, the US, Australia and India under a single umbrella.

With Abe’s loss, Japan has lost its international cheerleader on the Indo-Pacific. It remains to be seen how far Tokyo’s Indo-Pacific campaign will survive without him.