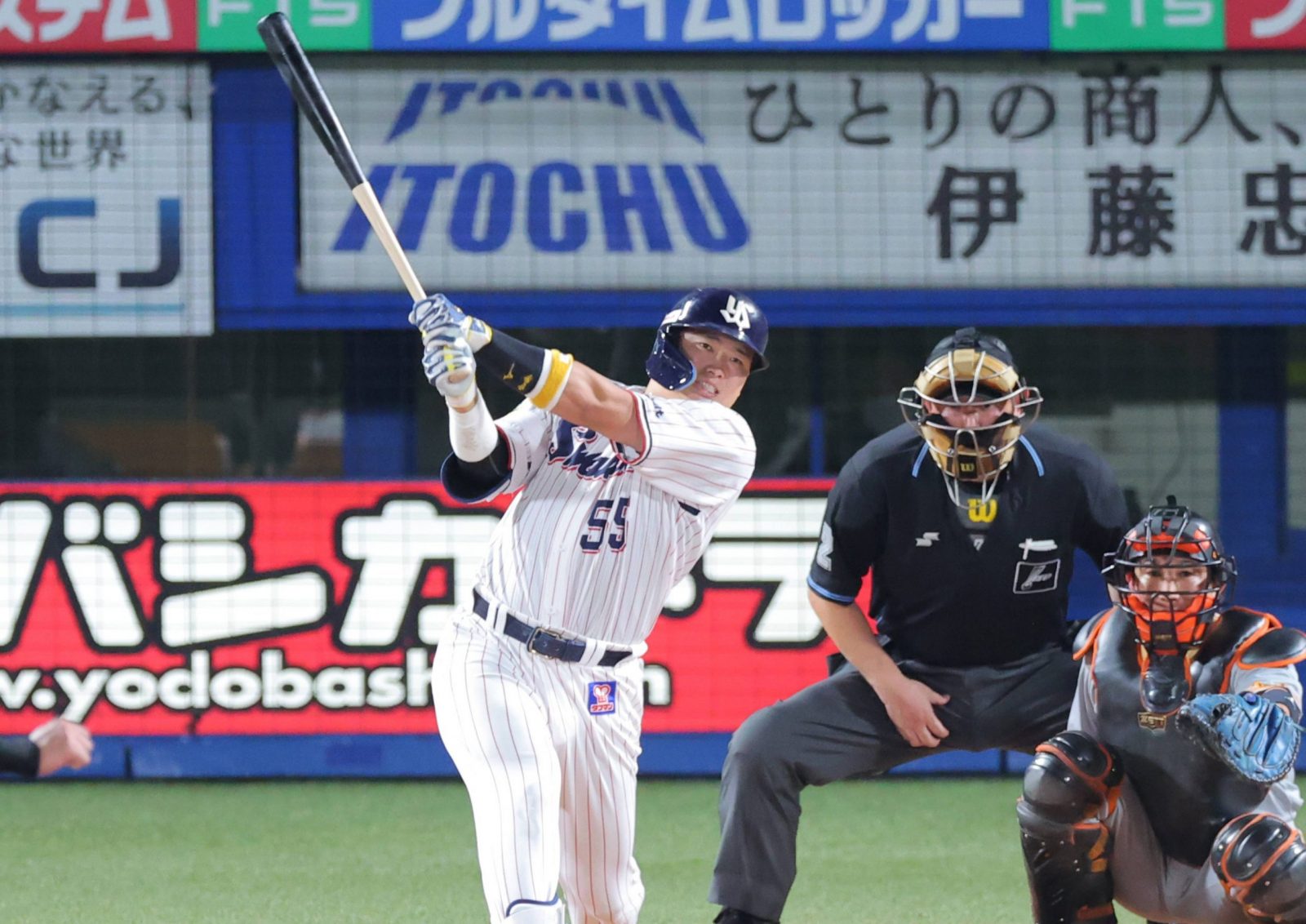 Munetaka Murakami hit his 55th home run of the season on Tuesday, September 13 to equal the mark set by legendary slugger Sadaharu Oh in 1964 and move within five of Japan’s single-season record.

Murakami hit his 54th homer of the season in the fourth inning of a game against the Giants at Jingu Stadium to move within one of former Yomiuri star Oh, who held a share of the single-season record until 2013.

The Tokyo Yakult Swallows cleanup hitter then pulled even with Oh on a towering three-run blast in the ninth inning off Yomiuri reliever Taisei Ota.

The Giants won the game 9-7, but the two clouts by Murakami overshadowed Yomiuri’s win.

The significance of equaling Oh was not lost on Murakami, who wears uniform No. 55 no doubt in tribute to the mark set by the former Yomiuri great.

“It’s an amazing honor to be able to be tied with him,” Murakami told Kyodo News. “This is the result of the trial and error process as I worked to develop my batting style. That’s how I hit home runs.”