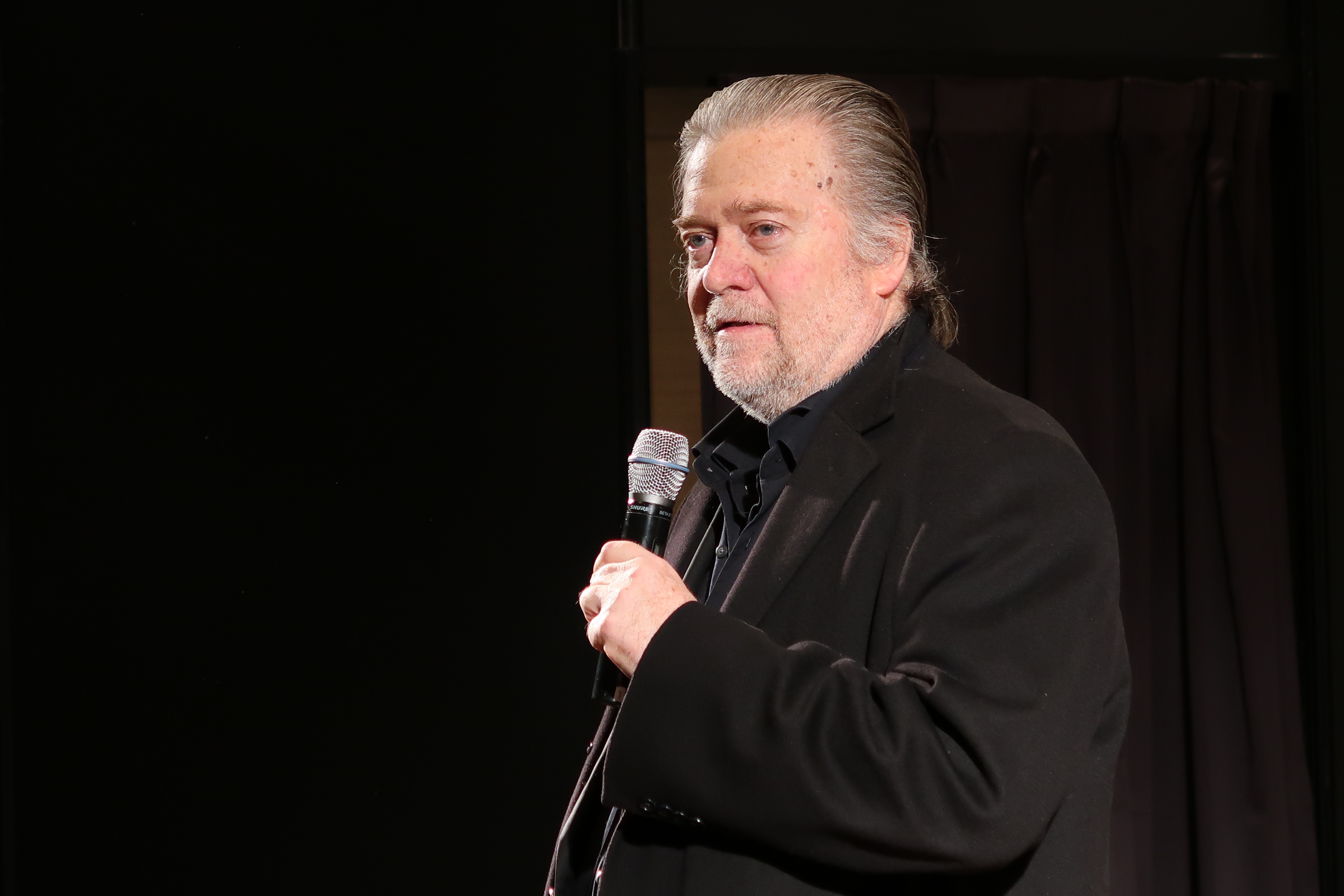 Many expected North Korea to conduct yet another missile test last December 17, the sixth anniversary of Kim Jong Il’s death. Such tests have, rather worryingly, become something of a regular occurrence for Japan, with a North Korean intermediate-range missile passing over Hokkaido in August and September.

Although no such test happened, the United States would accuse Pyongyang for the so-called “WannaCry” cyber-attacks that crippled hospitals, banks, and other companies across the globe earlier this year.

Such provocations have, in part, forced a discussion within Japan about national defense policy. For a country known to have a “nuclear allergy,” growing regional tensions may be causing a few to reconsider previously held stances on this controversial issue.

This past weekend, the newly designated Japan Conservative Political Action Conference (JCPAC) was held—attracting conservative speakers from across Japan, the US, and India. Keynote speaker and former White House chief strategist Steve Bannon opened with a statement on the “immeasurable value of the alliance between Japan and the United States.”

During the first discussion panel, however, both Japanese and foreign officials debated the subject of Japan possibly “going nuclear.” While many of the panelists had points of disagreement, all reiterated that developing nuclear weapons is a decision that must be made by the Japanese people. While it is a very complex question, ultimately the world would be safer if Japan possessed a nuclear deterrence capability. 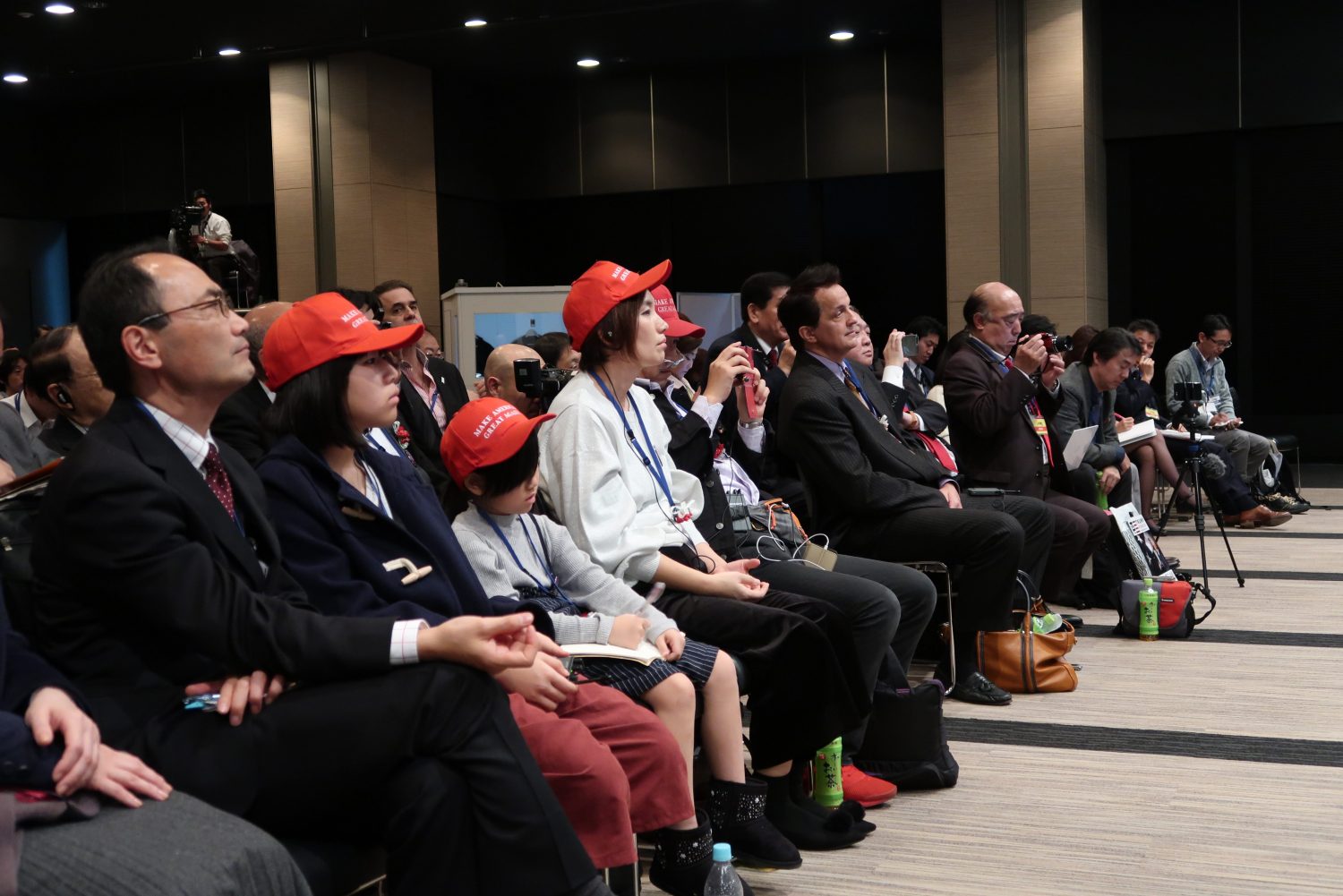 Audience members look on during a panel discussion at JCPAC

This itself represents a massive change of sentiment within Japan, where public support for potential acquisition of nuclear weapons unsurprisingly is quite low. There remains a strong anti-nuclear movement in Japan, stemming from the United States’ bombing of Hiroshima and Nagasaki in 1945, alongside other events, including the Lucky Dragon No. 5 incident and, more recently, the Fukushima Daiichi disaster in 2011.

Having experienced the unprecedented horrors of atomic bombing, there is virtually no political desire for changing the status quo. Prime Minister Shinzo Abe, for instance, has never advocated that Japan acquire nuclear weapons. Yet, other forces are pushing Tokyo in another direction.

A recurring theme in this discussion, and, indeed, one influencing wider society, was Pyongyang’s continued missile and nuclear weapon tests. That being said, as noted by retired Lieutenant General of the Indian Army, PK Singh, “North Korea is merely the ‘paw,’ but the ‘cat’ behind it is China.”

While understanding the importance of missile defense, Singh contends that no system can guarantee 100% success. Describing a hypothetical missile attack on Japan, he argued that while “okay against conventional missiles, which still cause damage if they breach a defense system, imagine what happens if 10 nuclear missiles are launched, 9 are destroyed, and one slips through.” The damage and loss of life from such a scenario would be incomparable to one using conventional weapons. Therefore, Singh argued, to guard against the “missile that escapes the defense system, you need a deterrence of your own.”

He went on to describe India’s own path to developing nuclear weapons, stating that each country will make its own decisions based on the unique security challenges it faces. New Delhi, for example, had to address growing asymmetry with China in the 20th century. This decision followed the Nathu La and Cho La clashes along the China-India border, which continues to be a source of tension, in 1967—shortly after Beijing had successfully tested its own nuclear device. India would test a nuclear device (code-named “Smiling Buddha”) in 1974. Some years later, this was followed by additional nuclear tests for military purposes in 1998. 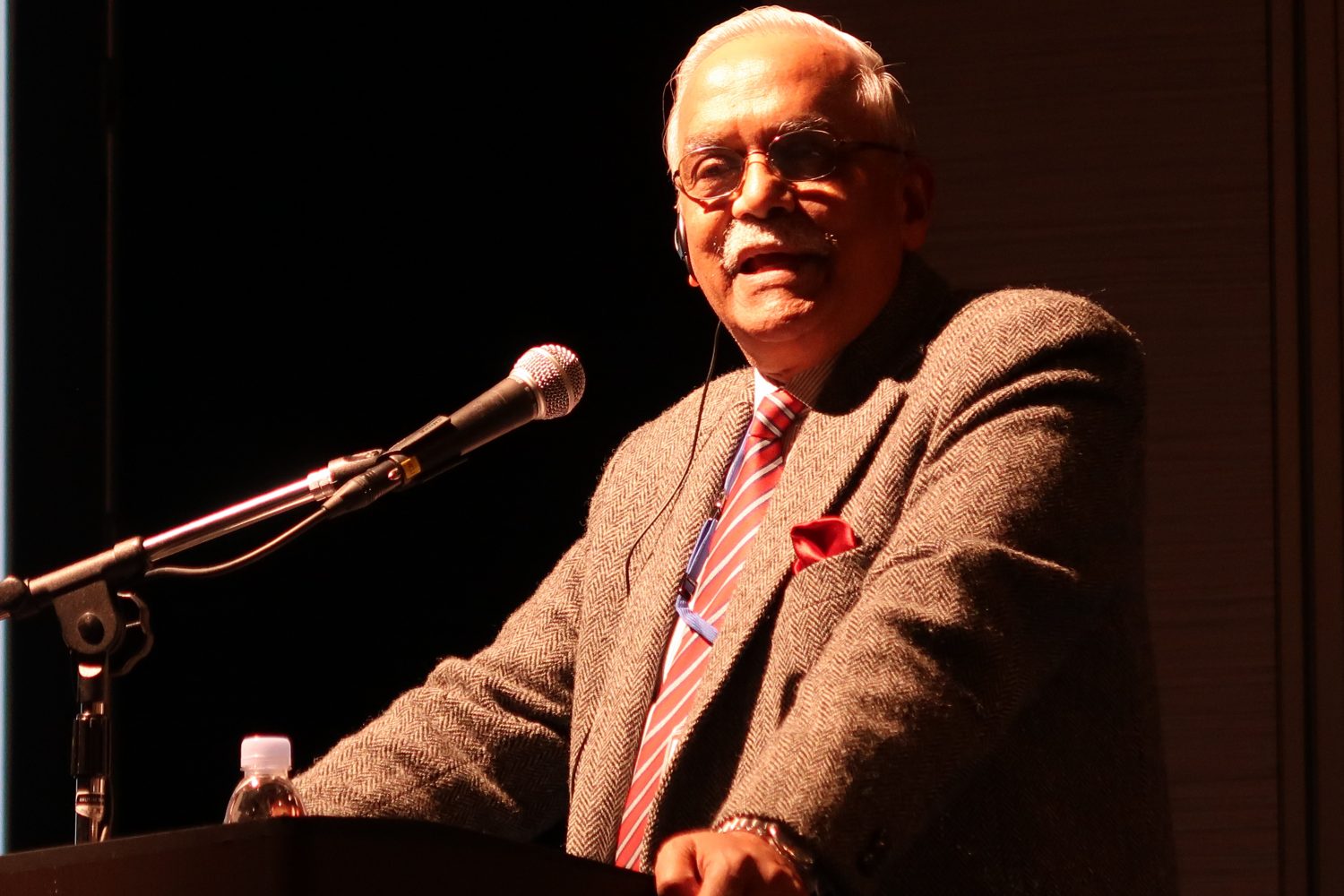 However, Singh stressed, the purpose of a nuclear arsenal is “not for fighting, but rather deterrence. The same would hold true for Japan, which I believe should not be compared with China or North Korea. It’s not as though the strategic partnership and nuclear umbrella with the United States is weak, but it is under threat from more than one country, and this must be recognized.”

The panelists likewise described the apparent failure of the Nuclear Non-Proliferation Treaty, noting that China possesses more nuclear weapons, and North Korea, which previously had no such capability, has an estimated 25-60 nuclear warheads now. It was argued that nuclear weapons not only would safeguard Japan, but also would provide a regional balance of sorts with China, thus, providing for international security.

A Source of Regional Insecurity

Panelists also raised concerns that China’s Xi Jinping was reversing political trends in the country. Gordan Chang, an American columnist and author, argued that Xi had developed an increasingly close relationship with the People’s Liberation Army (PLA), having sanctioned the creation of the East China Sea Air Defense Identification Zone that overlapped with Taiwanese, South Korean, and Japanese territorial claims—including the Senkaku Islands. The former President of China, Hu Jintao, had previously denied the PLA’s goal of creating such a large air defense zone, but, within a year, Xi had allowed it. 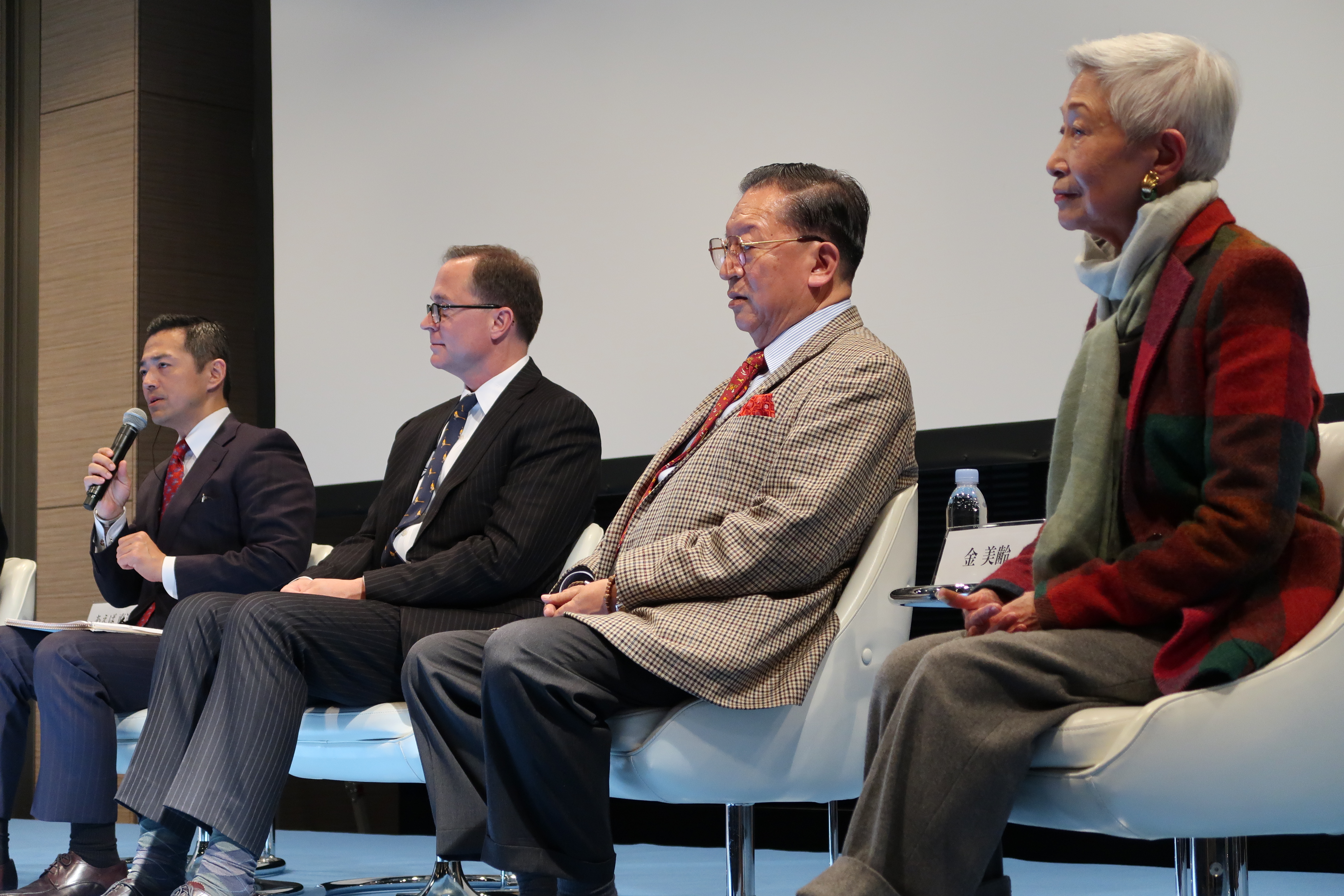 Likewise, Chang argued the PLA was “weaponizing North Korea.” On April 15th, for instance, the military paraded a canister that was being used in the development of a multi-staged intercontinental ballistic missile. The canister appeared similar to China’s Julang-1 submarine missile. North Korea could have acquired this device through a variety of means.

However, what is not debatable is the missile rested upon a launcher unit produced by a Chinese aerospace company financed by the government. “This was a critical moment, because it made North Korea’s missile capabilities a realistic threat,” Chang said.

Aside from providing equipment, Beijing has apparently laundered money for Pyongyang as well. He contends that “transfers over the course of decades, which involve the Bank of China, could not have occurred without state sanctioned support.”

The central theme of JCPAC was that growing security threats will likely necessitate a change in Japanese policy—both in a regional and internationally-oriented framework. Admittedly, the conference itself demonstrates that a discussion, however limited in scope, is now being held regarding nuclear weapons. That being said, as Bannon said, “The decision to acquire nuclear weapons, however, must be something the Japanese people decide for themselves.”