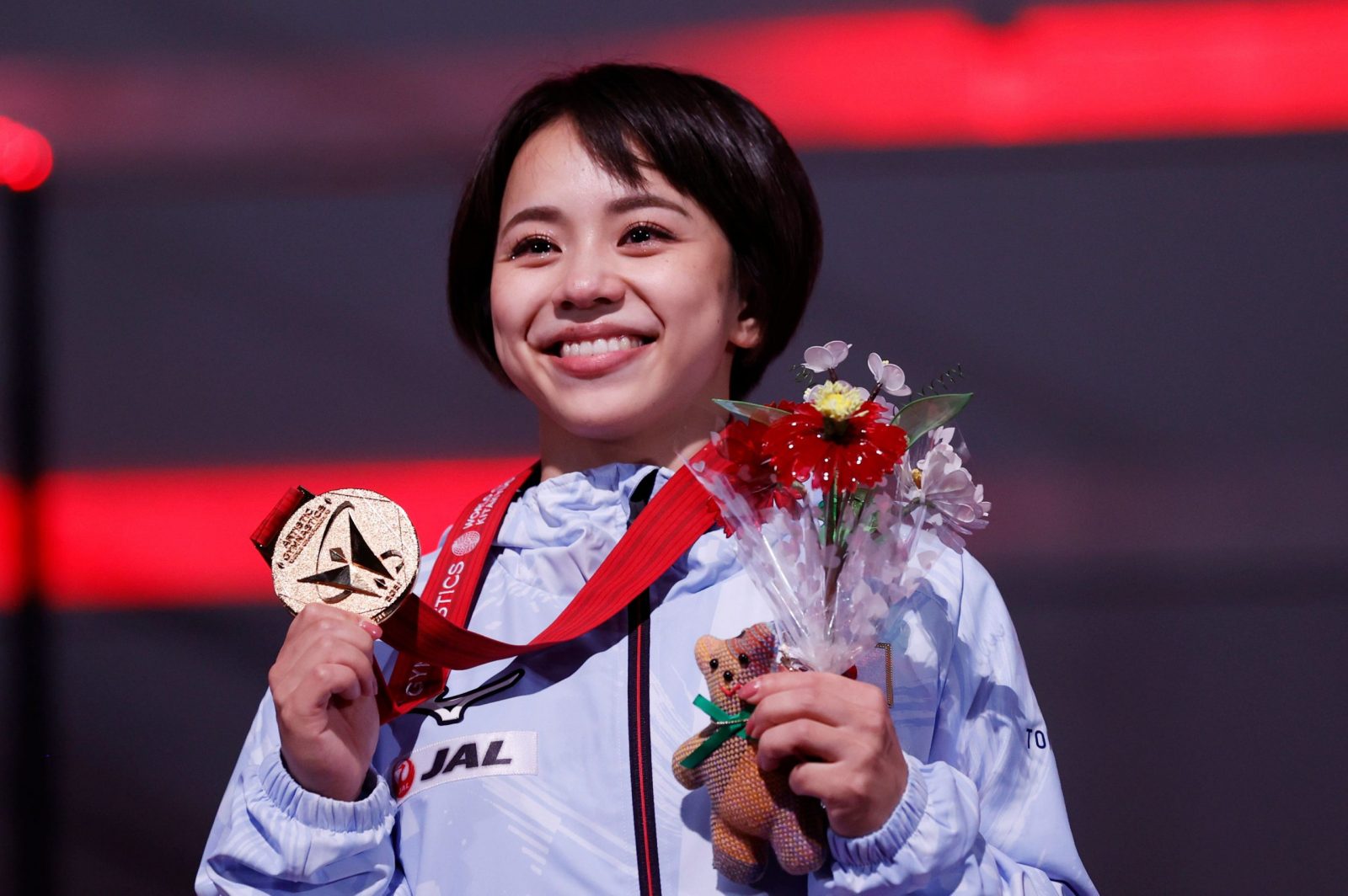 Mai Murakami’s distinguished career as a gymnast ended on a high note.

The 25-year-old became a world champion for the second time on Sunday, October 24, and announced her retirement shortly thereafter.

Murakami’s final act reminded me of a well-crafted movie scene with plenty of drama.

“I’m retiring today,” Murakami announced after securing the gold, according to Kyodo News. “I think at the very end I was able to grasp that moving moment in the form of a gold medal.”

Following Murakami’s career over the years, scores of people have noticed her enthusiasm for competition, love for the sport and an earnest dedication in pursuit of excellence.

As a gymnast, Murakami’s crowning achievements came in a four-year period.

The Kanagawa Prefecture native, whose involvement in the sport began when she was 2 years old, captured the title in the floor exercise at the 2017 world championships in Montreal. By doing so, Murakami raised the bar for Japanese female gymnasts in the 21st century, setting a new standard. Murakami became Japan’s first female gymnast to win a gold medal at the world championships since 1954, when Keiko Tanaka (also known by her married name, Keiko Tanaka-Ikeda) triumphed on the balance beam in Rome.

In 2018, Murakami was the runner-up in the all-around final at the world championships in Doha, second only to superstar Simone Biles.

Before her, no Japanese woman had medaled in the all-around final at the world championships.

In Doha, she also claimed the bronze in the floor exercise.

In October 2019, Murakami didn’t participate in the world championships in Stuttgart, Germany, after sustaining a back injury earlier in the year.

Back in the spotlight at the Tokyo Olympics, Murakami provided a solid reminder of her all-world skills by securing a bronze in the floor exercise final, finishing tied with Melnikova (identical 14.166 scores). Italy’s Vanessa Ferrari and Jade Carey of the United States were the runner-up and champ, respectively.

Murakami’s Finale at the 2021 World Championships

That experience was a springboard to Murakami’s final-day success at the world championships in Kitakyushu.

On the same day that she won the floor exercise world title for the second time, Murakami added another lofty credential to her CV: a bronze medal in the balance beam final (13.733 points), which wrapped up about 90 minutes before the floor exercise concluded shortly after 7 P.M. ー and with it a place on the podium alongside Germany’s Pauline Schaefer-Betz (13.800) and 18-year-old compatriot Urara Ashikawa (14.100).

Concerned about her physical condition due to a recent left ankle injury and worried about whether she would rise to the occasion, Murakami cast aside those doubts when her scores were announced in both events.

“I had been hurt and was really anxious over my lack of practice coming in and unhappy with my form, but the amazing response from the crowd was a huge boost for me,” Murakami was quoted as saying by Kyodo News.

She couldn’t hide her happiness ー specifically about the floor exercise ー while discussing the emotional aftermath of her final day of competition and retirement.

“This is the best present to myself,” Murakami concluded. “It’s a gold medal that brings up a lot of memories.”

Murakami’s retirement announcement was not a surprise. She had already made her intentions known in the run-up to the world championships.

“The Olympics was the culmination of my career and I gave it my absolute 100 percent,” Murakami said on October 15, according to Olympics.com.

She added: “But to have the two big events, the Olympics and the world championships, in your home country in the same year, it almost never happens. It’s a rare opportunity, so I wanted to take it and I’m going into the worlds thinking this is the end for me.”

Did Murakami, who also competed at the 2016 Rio Games, have any regrets about her second Olympic experience?

“I was able to become an Olympic medalist, but the one thing that gnawed at me was that we didn’t have a crowd [due to COVID-19 protocols],” she said.

Now, stepping away from the intense pressure of competing in elite international meets, Mai Murakami has an opportunity to savor all that she accomplished as a gymnast.

She’s earned our respect and a well-deserved break from the day-to-day grind of intense physical training.