COP26 is Not All About Averting Global Warming, It’s About an Economic War 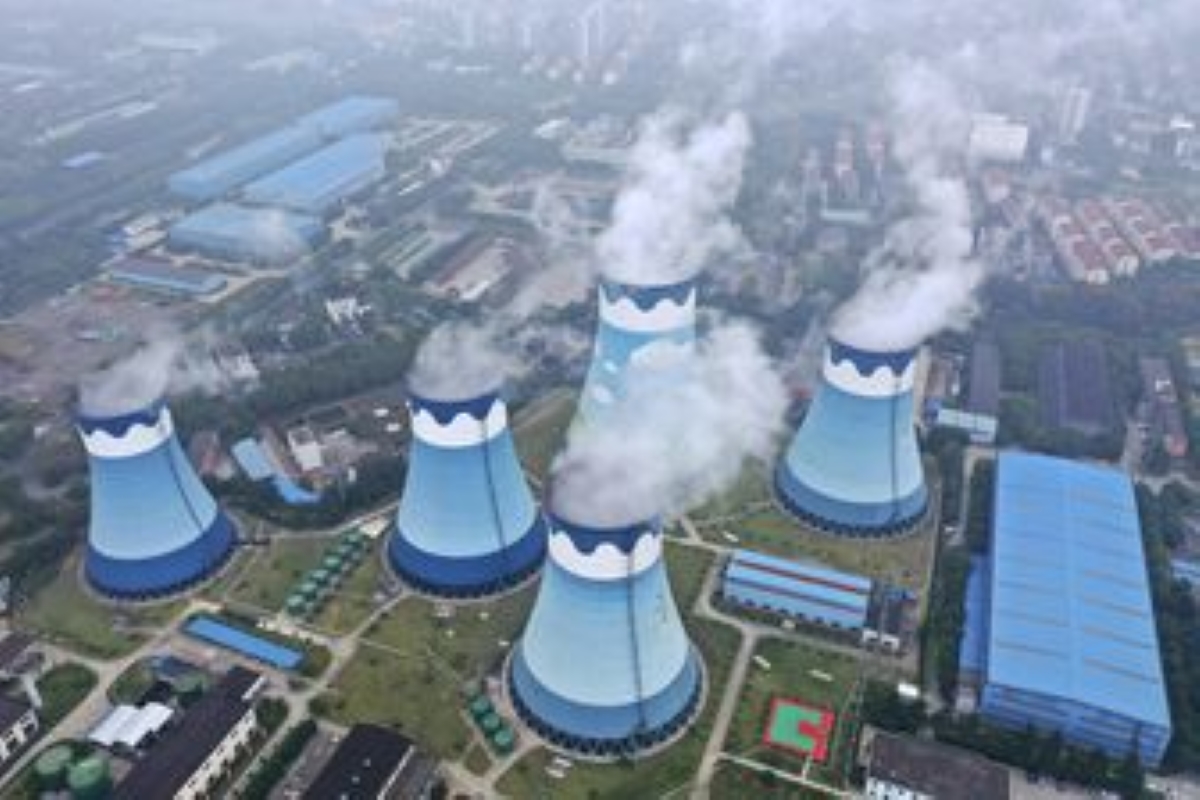 A coal-fired power plant located in Nanjing Jiangsu Province, China. China has the largest installed capacity of coal-fired generation in the world. (AP)

It is expected that the participating countries — both developed and developing — will have passionate debates on the prevention of global warming and the reduction of greenhouse gas emissions.

The event takes place in the shadow of increasingly frequent natural disasters, such as record heat levels this summer, in addition to forest fires and floods triggered by heavy rains.

In total, 197 countries have signed the United Nations Framework Convention on Climate Change (UNFCCC). Representatives from these countries, as well as NGOs, will take part in COP26. The event will be a large international conference, held in the U.K., where COVID-19 is spreading once again.

At COP26, one of the main focus points will be an even higher target regarding greenhouse gas emissions in 2030.

Under the Paris Agreement on climate change, there is an obligation to regularly review and report on the nationally determined contributions (NDC) as of 2030. COP26 represents a chance to make this review.

In the case of Japan, the country has updated its initial NDC of a 26% reduction — set when the Paris Agreement was adopted in 2015 — to a 46% reduction. Both percentages relate to the level in fiscal 2013.

This figure of 46% was set by then-Prime Minister Yoshihide Suga at the time of a climate change summit organized by United States President Joe Biden in April 2021.

Japan has no choice but to expand renewable energy and promote the restart of nuclear power plants to achieve this huge reduction. This will not be easy.

Since the Fukushima nuclear accident in 2011, the number of nuclear power plants in Japan has decreased from 54 to 33. Only 10 have been restarted. There are nine years left until the 2030 deadline. Solar panel sites can be constructed in the short term, but there is already a lack of suitable land.

The United Kingdom, which is the host of COP26, set a high target of reducing carbon emissions by 78% (compared to 1990) by 2035, immediately before the climate change summit in April.

Some believe that Britain has gone this high out of its rivalry with the E.U. — which it has just left — and to keep the U.S. in check, as it tries to regain control of the global warming issue. The U.K. is proud of being the birthplace of climatology.

On October 19, U.K. Prime Minister Boris Johnson unveiled a plan detailing how the country would be carbon neutral by 2050 — including the promotion of nuclear power and the provision of charging points for electric vehicles.

On October 22, Japan’s sixth strategic energy plan was approved by the Cabinet. In the plan, however, the gap between expectation and reality concerning nuclear power stands out.

Japan will be in an awkward position at COP26 when it tries to back up its 46% target based on this strategic energy plan.

Western countries are working harder toward decarbonization. But the motive is not just to prevent global warming. If anything, it is an energy shift away from fossil fuels, and an attempt to become a stronger world power through a new industrial revolution.

Shortly after the collapse of the Soviet Union, “the mother of COP,” the UNFCCC was signed in 1992, representing a key historical moment.

Since then, there has been a global economic battle on issues such as carbon dioxide, going on in the shadows of international conferences designed to prevent global warming.

The U.S. has maintained growth throughout this time. And China has utilized the position of claiming to be a developing nation to become an economic power.


China and Russia, a Decade Behind

Even China, which is the world’s biggest emitter of greenhouse gases, has had to restrain itself. In September, President Xi Jinping stated at the UN General Assembly that China would not build new coal-fired power projects abroad.

However, with Western nations and Japan aiming to be carbon neutral by 2050, China is a decade behind with its 2060 target. On top of that, China is aiming to increase its greenhouse gas emissions until 2030.

Furthermore, it will probably not make any updates to its national determined contributions at COP26.

Russia has aligned itself with China. Earlier in October, it announced that it also aims to be carbon neutral by 2060.

In the buildup to COP26, there have been many power outages and factory stoppages in China. The apparent reason is a lack of power due to restrictions on coal-fired power generation.

In Europe, natural gas prices and electricity bills are soaring. A wind-power slump caused by a lack of wind is a factor behind this. But either way, there is now a crisis stemming from a reduction in thermal power generation and an increased dependence on renewable energy.

Japan lacks natural resources, and it is not connected to neighboring countries via power lines or pipelines. If Japan follows the nationally determined contributions curse, and proceeds with unreasonable renewable energy targets and coal-fired power controls, the people of Japan will suffer more than people in China or Europe.

(Read the Sankei Shimbun analysis and report in Japanese at this link.)