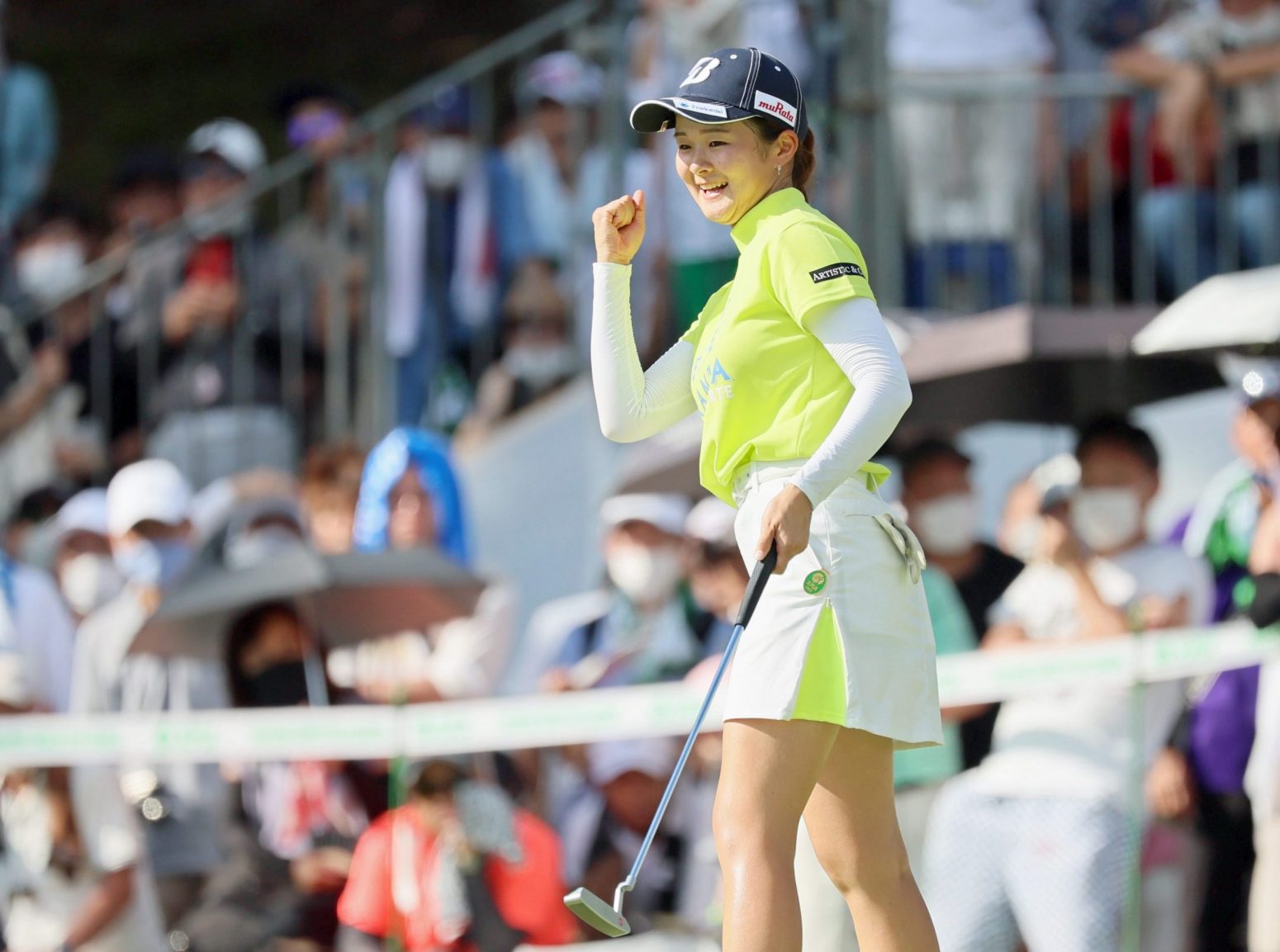 Haruka Kawasaki pumps her fist after making a long birdie on the 18th hole in the final round of the JLPGA Championship Konica Minolta Cup in Joyo, Kyoto Prefecture, on September 11. (ⒸSANKEI)

Since 1968, the Japan LPGA Championship has been one of the nation’s premier women’s golf tournaments. Prominent golfers have enhanced their reputations with successful performances in the event, too.

Kawasaki, a Kyoto native, celebrated her 19th birthday on May 1. Four months and 10 days later, she had plenty of reasons to celebrate again. Her 16-under par 272 at Joyo Country Club in Joyo, Kyoto Prefecture, bested current LPGA Tour of Japan (commonly known as the JLPGA Tour) money leader Miyuu Yamashita’s 13-under 275.