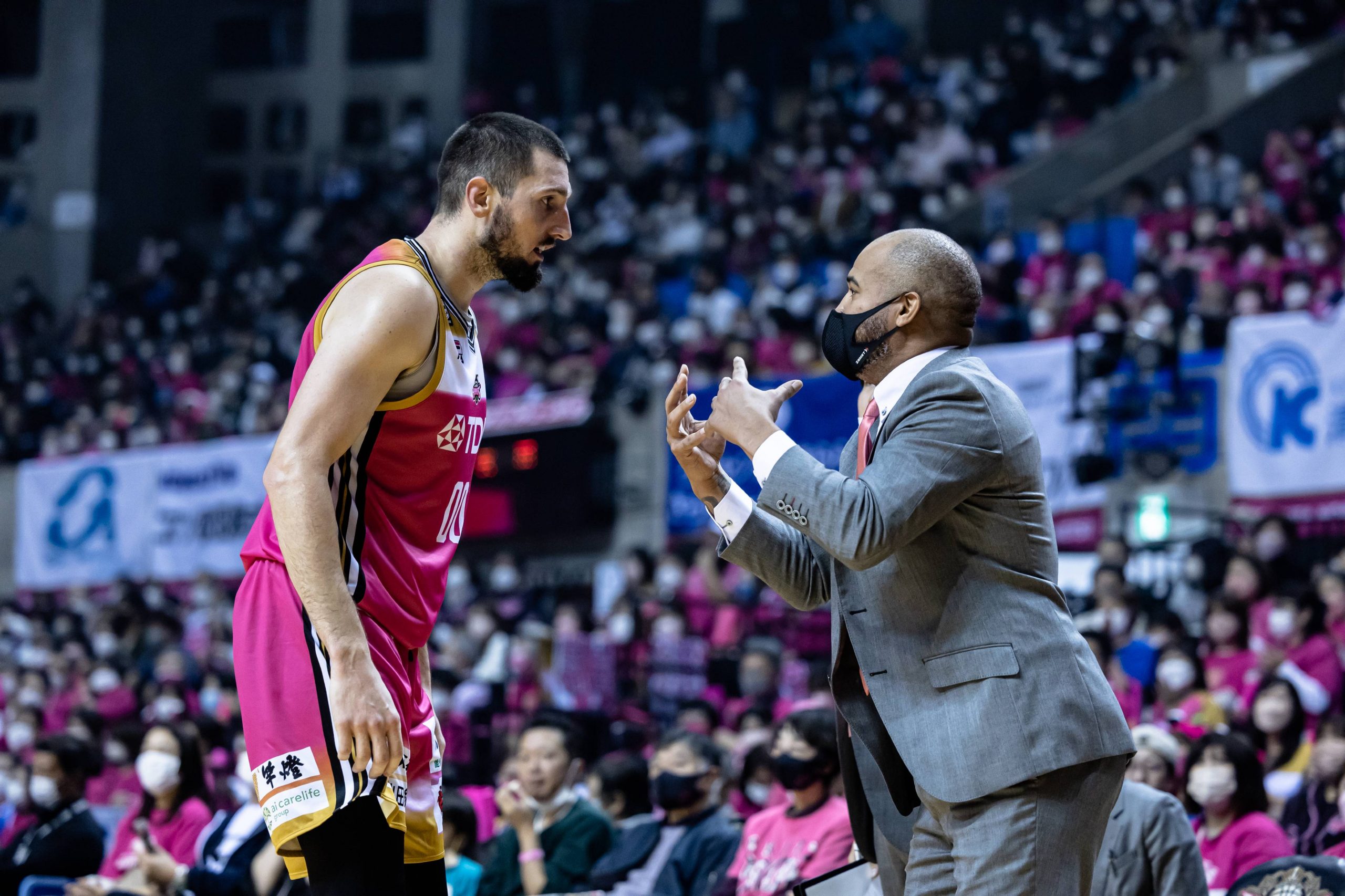 A nearly 40-minute phone conversation with Kevin Braswell, acting head coach of the B.League's Akita Northern Happinets the other day was an inspiring, generation-spanning, kaleidoscopic collage of basketball memories, tactics, influences and more.

In short, it was lots of fun.

Braswell exudes passion for the sport. He's been around the game throughout his adult life. You can tell he's enjoyed the thrill of competition as stories connect the dots from the 1990s to the present.

He was a four-year starting guard at Georgetown University (1998-2002). He played professional ball in the NBA's minor league, Europe, New Zealand and Australia, as well as for the NBA's Miami Heat in the preseason in 2005. He suited up for teams in 11 countries, according to published reports, during his 14-year playing career.

Braswell had his longest one-team stint as a player with the Southland Sharks of New Zealand's National Basketball League (2011-15), and he scored 24 points in his final home game with the club in June 2015. The Sharks retired his No. 12 jersey during a post-game ceremony.

"I had no idea they were thinking about retiring my jersey, no one had mentioned anything to me. It was amazing for them to do what they did," Braswell said, according to New Zealand's Stuff news website.

Braswell, 43, revisited various aspects of his career as a player and a coach during our chat on Tuesday afternoon, November 15. And some of these memories are also included below.