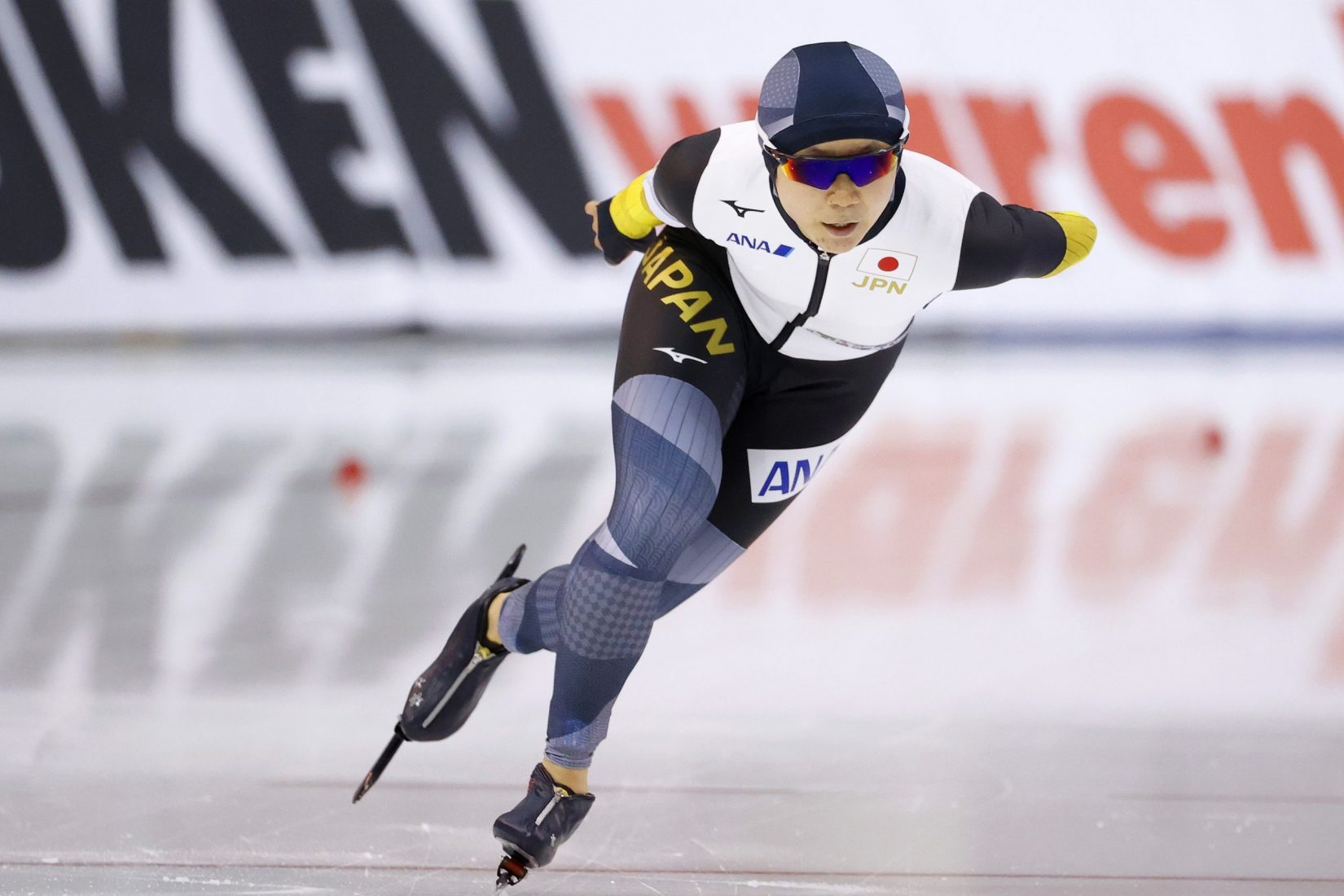 With less than two months to go before the start of the Beijing Olympics, Miho Takagi appears to be reaching peak form.

The 27-year-old Hokkaido Prefecture native completed the race in 1 minute, 49.99 seconds to extend her winning streak. What also made the win noteworthy was its location (Utah Olympic Oval), where she established the world record of 1:49.84 in the 1,500 on March 10, 2019.

Looking back at her latest Salt Lake City effort in the 1,500, Takagi confirmed that getting to the finish line in under 1:50 pleased her.

“I’m happy to see a mark in the 1:49 range. But the [Beijing] Olympics will be a different competition. I hope to start all over for my next race,” Takagi was quoted as saying by Kyodo News.

The two-time Olympian’s next test will be at the final World Cup meet of the season, December 10-12, in Calgary, Canada.

Successful Start to the Current Season

Takagi, the 1,500-meter silver medalist at the 2018 Pyeongchang Winter Games, opened the ISU World Cup campaign with a win in her signature event in Tomaszow Mazowiecki, Poland, on November 14. She got the job done in 1:56.00.

Shaving six seconds off her time in less than a month in a demanding race demonstrates that Takagi’s training and race-day tactics are working.

A half-second improvement is a positive development. But what she’s done is a much bigger deal.

After her season-opening win, Takagi gave a succinct critique of what she accomplished over 1,500 meters.

“Instead of forcing it, I was able to attack,” Takagi said, according to The Yomiuri Shimbun. “I could show in my race what I was imagining.”

Takagi’s imagination, speed and power on the ice were a winning recipe on November 21 in Stavanger, Norway, on the next stop of the World Cup season.

In the final race of the weekend, Takagi earned a headline-grabbing win in 1:55.67. Takagi finished ahead of 11-time Olympic medalist Ireen Wust of the Netherlands (1:56.25), while compatriot Ayano Sato came in third at 1:56.61.

Built for Speed over Multiple Distances

Competing for the Japan national team along with her older sister, Nana, at the 2018 Pyeongchang Olympics, Miho Takagi enjoyed a successful trip to South Korea, where her status as an elite speed skater was on display.

Along with the aforementioned silver-medal finish in the 1,500, Takagi returned to Japan with a bronze in the 1,000, and a fifth-place finish in the 3,000.

In addition, the Takagi sisters, Ayaka Kikuchi (in the semifinals) and Sato (in the final) combined to beat Canada and the Netherlands in succession to grab Japan’s first Olympic gold in the six-lap team pursuit competition in February 2018. The Japan coaching delegation’s decision to pencil in the names of Nana Takagi, Miho Takagi and Sato on the lineup card to face the Netherlands paid off in a big way.

The trio set an Olympic-record time of 2:53.89 over the reigning champion.

For Takagi, the experience of beating the powerhouse Dutch squad in the gold-medal duel was beyond the realm of normal emotions.

“Just after we crossed the finish line, I realized we had beaten the Dutch, and the way I celebrated by punching the air said it all,” she told reporters at Gangneung Oval.

Will Takagi punctuate her visit to China by punching the air after one race or multiple events?

Time will tell, even with potential difficulties in sticking to normal routines as the impact of COVID-19’s Omicron strain on sports emerges.

But Takagi’s recent performances in Poland, Norway and the United States bode well for her in pursuit of Olympic glory in 2022.

And December’s final World Cup stop in Calgary should provide even greater clarity.