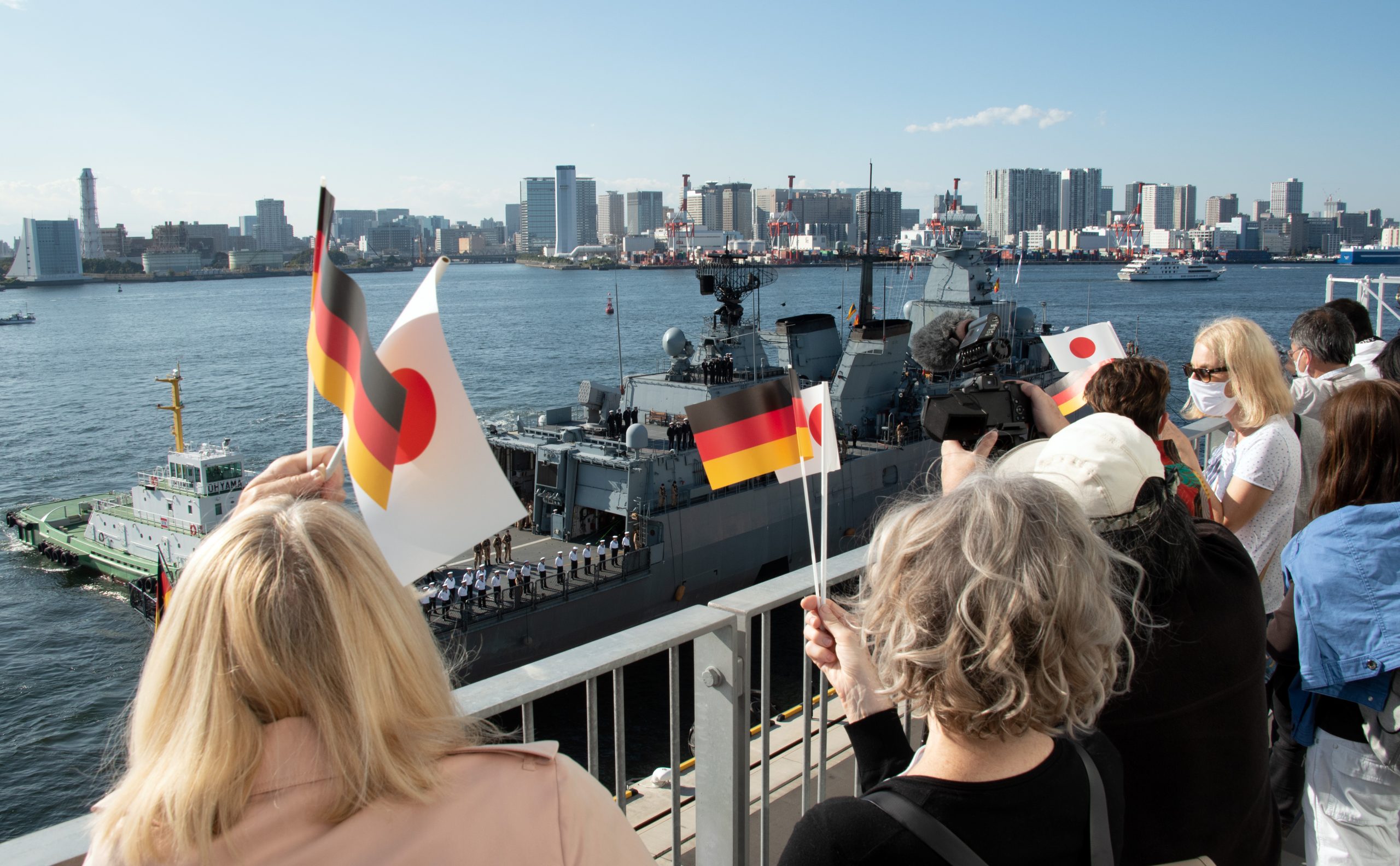 Germany's naval frigate Bayern arrives to a warm welcome in Japan during its several months' sail through the Indo Pacific.

A new government will soon be launched in Germany, the driving force of the European Union. We are hopeful that the new administration will make a clear shift from the long-running Merkel administration’s focus on China, to a foreign policy that emphasizes a “free and open Indo-Pacific.”

After coming out on top in the general election in September, the center-left Social Democratic Party (SPD) agreed to form a coalition government with the Greens, the environmentalist party, and the center-right Free Democratic Party (FDP). Olaf Scholz of the SPD will assume the post of chancellor.

The coalition agreement is focused on the environment and human rights.

In the fight against climate change, the coalition announced that it would move up the phase-out of coal-fired power generation to 2030 from the Merkel administration’s policy of quitting coal by 2038. Whether radical anti-coal policy is compatible with a stable energy supply is questionable.

Meanwhile in the area of diplomatic security, the coalition has taken a strong stance on human rights issues, bearing in mind the enormous state power of China, among other countries. As part of efforts to promote the “free and open Indo-Pacific” strategy, it will aim to strengthen relations with Japan, Australia, India, and South Korea.

The coalition agreement views the Chinese government’s human rights abuses in the Xinjiang Uyghur Autonomous Region as problematic and calls for maintaining the “one country, two systems” policy in Hong Kong. It argues for the need to resolve disputes in the South and East China Seas in accordance with international law, and asserts that any change in the status quo in the Taiwan Strait must be based on peaceful and mutual agreement.

The coalition agreement can generally be seen as a call for restraint by China, which has been flaunting its military power in a threatening posture toward Taiwan. It also expresses support for Taiwan’s participation in international organizations.

The Merkel administration has had a history of relying on China to expand the German economy, as shown by the fact that German automobile giant Volkswagen derives 40% of its profits from the Chinese market.

Regardless of this, we welcome the new German government’s policy that aims to work together with Japan, Australia, and other countries that respect the fundamental values of human rights, freedom, and democracy.

Germany will assume the G7 presidency in 2022. Expectations are high that the new government will act to protect human rights and international law.

The Chinese government has voiced strong opposition to the China-related parts of Germany’s coalition agreement, calling them interference in domestic affairs.

Japan, like Germany, has a close economic relationship with China. We hope that the governments of both Japan and Germany will cooperate to protect a free and open Indo-Pacific, and not back down in the face of criticism and opposition from the Chinese government.