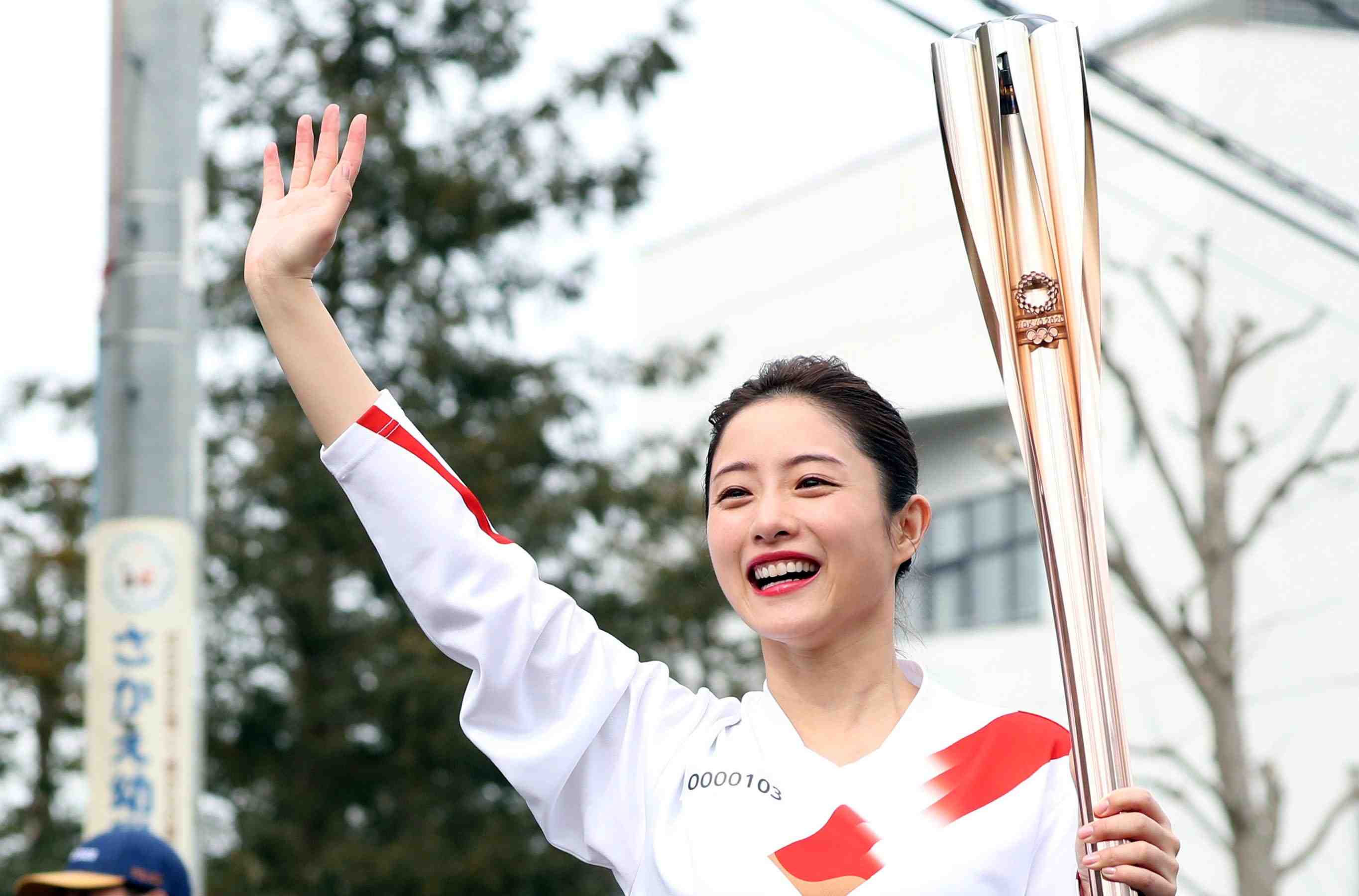 Sports can be a catalyst for positive developments in society.

I've been reminded of that recently in the run-up to the upcoming 10th anniversary of the Great East Japan Earthquake and tsunami. In particular, I've been thinking of the role of sports in the aftermath of the disasters on March 11, 2011, and how they have been prominent elements of news coverage in and about Tohoku.

In preparing their successful bid to host the 2020 Olympic and Paralympic Games, local organizers and the Japanese Olympic Committee (JOC) consistently promoted the endeavor as something that went beyond Tokyo in terms of legacy.

The 2020 Games will be the "Reconstruction Olympics and Paralympics," they declared then, and they have conveyed that message again and again since the International Olympic Committee (IOC) voted to award the 2020 Games to Japan's capital city on September 7, 2013, in Buenos Aires.


Ambitious projects to assist in the rebuilding of the economic, cultural, sports and other sectors of Japanese society in Tohoku are tied to the Olympics and Paralympics.

In other words, the overall message had a universal theme to it.

The Reconstruction Agency, established in the aftermath of 3.11, had an active role in working with prefectural governments in Tohoku. How that ties to the delayed 2020 Olympics and Paralympics can be understood by taking a step back and examining various long-term projects.

What's more, the "ARIGATO Host Town for Supporting Reconstruction" program has been a driving force in the revitalization of the region. It was established to "promote exchange between disaster-stricken municipalities in Iwate, Miyagi and Fukushima prefectures and the countries and regions that extended support to them in the aftermath of the Great East Japan Earthquake, with the involvement of local athletes and others associated with the Tokyo 2020 Games," according to a Tokyo 2020 Organizing Committee news release. Thirty-two municipalities in the three Tohoku prefectures most affected by the 3.11 disasters are registered as "ARIGATO Host Towns."

In a broader perspective, a thorough rundown on various projects is compiled in "Initiatives Supporting Recovery from the Great East Japan Earthquake" media kit, which was published by the Reconstruction Agency last week.

Softball games featuring (in succession) Australia vs. Japan, Italy vs. the United States, Mexico vs. Canada are scheduled to begin on July 21, with local children escorting the athletes onto the field for the first game. For the Fukushima youth this'll be something they never forget. (The tourney will shift to Yokohama Stadium for later rounds.)

Olympic baseball is set to commence on July 28 at the same ballpark.


In November 2018, IOC President Thomas Bach visited the Fukushima ballpark and met local high school baseball players whose lives were impacted by the 3.11 disasters and Fukushima Daiichi Nuclear Power Station accident. One of the teenagers, Ryoma Ouchi, then a second-year student at Fukushima Commercial High School, and his family left Iidate Village, Fukushima Prefecture, in 2011, settled in Tochigi Prefecture, but eventually returned.

Speaking to Bach, Ouchi recounted the earthquake and evacuation that followed.

“I have dreamed of becoming a professional baseball player since I was at kindergarten," Ouchi told Bach, according to the media kit. "One day I would like to play for Japan’s national team as a way to give something back to everyone who has supported me.”


The IOC chief was moved by Ouchi's story.

“Let’s meet again at the Olympic Games," he told Ouchi.

While the gold medal will be awarded in Yokohama, the fact that Ouchi's home prefecture will host games is a big deal for him and many others.

“I feel grateful that the players on the national teams will compete in a stadium that is very familiar to me,” he said. “I would love to play for Japan one day at the international level.”

Bach highlighted the positive impact of sports on the reconstruction efforts while visiting Fukushima.

"I am very much impressed with the great progress in reconstruction and the mental recovery the people here in Fukushima have made," he said. "Sport has played an important role in the psychological recovery of the people.

"A long time ago, we discussed whether or not baseball and softball could be played in Fukushima during the Olympic Games, and as I look back, I am convinced that we made the right decision. We have seen here the pinnacle of how sport has contributed to the recovery and reconstruction of the region."

Miyagi Stadium, which was constructed two years before the 2002 World Cup, will stage a number of men's and women's Olympic soccer tournament matches.

The women's first-round action kicks off on July 21 with a pair of matches, and Miyagi Prefecture youth will walk onto the pitch with players before the first game. On July 24, Iwate Prefecture children will have the same honor before the first of the day's two contests.

The men's tournament begins on July 28 at the spacious venue in Rifu, Miyagi Prefecture, which served as a regional hub for recovery efforts after 3.11.

Miyagi Stadium was one stop on a Tohoku press tour for foreign journalists in 2019. Local residents shared their experiences with reporters during the visit, according to the press kit.

Upon visiting the refurbished stadium, which had suffered heavy damage during the earthquake, one reporter reacted by saying, "My emotions were stirred to learn that this place was used as an evacuation center and a morgue.”

Another journalist commented: “The reconstruction after such immense damage is admirable.”


The View from Tohoku

Local government officials have witnessed the bevy of activities intersecting the Tohoku region's recovery and planned Olympic-related events for many years. Their thoughts on the issue generate evocative comments.

As Yoshiaki Ishikawa, the director general of Iwate Prefectural Government's Department of Culture and Sports, recently said: "In March 2021, the Olympic Flame, a symbol of the ‘Recovery and Reconstruction Games,' will be displayed at a number of locations in Iwate Prefecture ー a region which was affected by the tsunami which followed the Great East Japan Earthquake. The Iwate prefectural authorities are working together with their citizens to help realize the recovery of the Sanriku region under the concept of ‘Build Back Better.' "

Ishikawa added: "By means of the Recovery and Reconstruction Games, Iwate Prefecture would like to express its gratitude for the support it has received in Japan and overseas, and to convey to the world the progress we have made with reconstruction. We would additionally like to showcase the attractions of Iwate. ... In particular, during the Torch Relay in mid-June, in addition to the torchbearers from each area, be sure to take a look at the Sanriku Railway that will carry the Torch, the 'Miracle Pine Tree' in Takada Matsubara Tsunami Reconstruction Memorial Park, and the Iwate Tsunami Memorial Museum in the Great East Japan Earthquake and Tsunami Memorial Museum."

Like Ishikawa, his Miyagi Prefectural Government counterpart Akemi Oyama is greatly appreciative of the role foreign individuals, groups, companies and governments have had in helping assist Tohoku recovery efforts for a decade.

"Ten years have passed since the Great East Japan Earthquake. Miyagi Prefecture has received tremendous support from people all over the world, for which I thank you from the bottom of my heart," said Oyama, the prefecture's director-general for Olympic and Paralympic Games promotion, Earthquake Disaster Restoration and Policy Planning Department.

Said Oyama: "In addition to ensuring the smooth operation of these events, we also hope to convey our gratitude for the support of so many people around the world. We see this as a great opportunity to show the world the extent of Miyagi's reconstruction."

The Tokyo Olympics, now less than 150 days from the Opening Ceremony on July 23 at the New National Stadium, will be back in the spotlight for the second year in a row with its 121-day Olympic Torch Relay. The redux event, necessitated by the unprecedented postponement of the 2020 Games due to the COVID-19 pandemic, begins on March 25 at the J-Village national soccer training complex in Naraha, Fukushima Prefecture. (Follow the Olympic Torch Relay rout here.)

The Paralympic Torch Relay starts on August 12. The theme: "Share Your Light."

Michiko Tomabechi, a curling participant at the 2014 Sochi Games, considers it a great privilege to be chosen as an Olympic torchbearer.

“It is an honor to participate as an Olympic torchbearer," commented Tomabechi, who lives in Takizawa, Iwate Prefecture. "Having received a lot of support as an Olympic athlete, I hope to show my gratitude with the run. I look forward to energizing people with the power of sports.”

In reading the aforementioned 66-page media kit and a wide range of related materials produced by news organizations near and far, the power of gratitude is one of the biggest takeaways.

“I wish to run as a representative of Miyako City, to express my thanks to the people who have cared for me and supported me," Honda stated. "I also want my late grandfather who died in the earthquake disaster to see how I have grown up. I want people around the world to see how much we have recovered in the 10 years since the disaster.”

Speaking of symbols, the victory bouquets for both the Olympics and Paralympics will feature Tohoku flowers: lisianthus (Fukushima Prefecture), sunflower (Miyagi Prefecture) and Japanese gentian (Iwate Prefecture), as well as Tokyo-cultivated aspidistra.