What Miki Dezaki and I Have in Common: Speaking Up for Mark Ramseyer 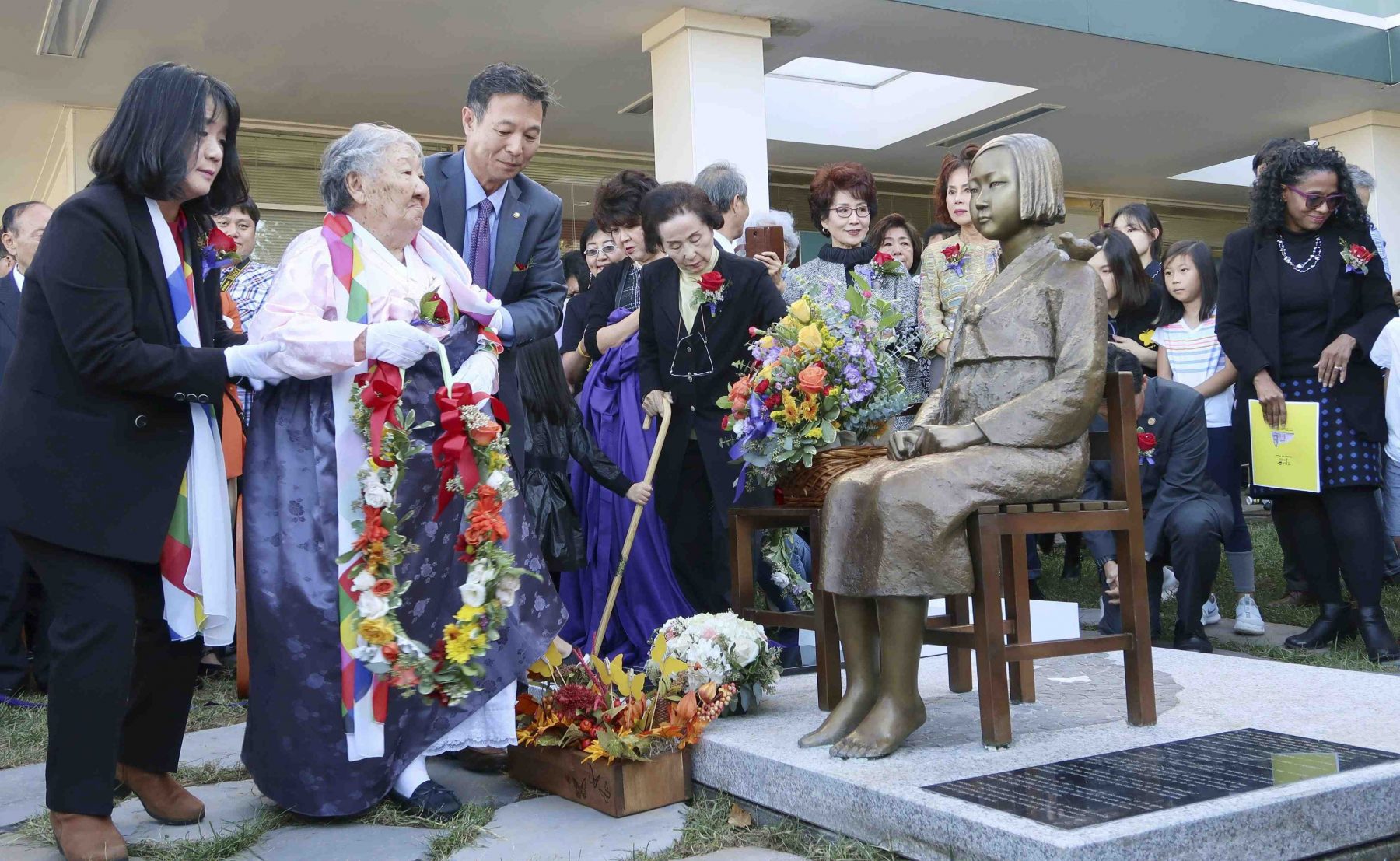 Recently, my colleagues at the Historical Awareness Research Committee and I wrote an open letter in support of J. Mark Ramseyer. Professor Ramseyer has been under attack for publishing the truth about the comfort women, and we were honored to be able to speak up in his defense.


RELATED: Recovering the Truth about the Comfort Women


J. Mark Ramseyer is the leading scholar in a field he pioneered, a law-and-economics approach to Japanese legal history. But even Mark Ramseyer is now being cancelled by an American woke mob—many of whom have admitted that they had never heard of Ramseyer before deciding that he could no longer be allowed to continue his research.

Calls for Ramseyer to apologize and resign — for telling the truth — mount.

In one of the many ironies of this now-ubiquitous American cancel culture, Miki Dezaki — whose school project on the comfort women provided him a platform for international fame — took to Twitter to cancel our use of the word “historian”. Only one of the letter signers has a degree in history, Dezaki scolded, so we weren’t allowed to refer to ourselves as “historians”.

We six signers of the open letter in support of Mark Ramseyer have among us published dozens of books, essays, papers, columns, and proceedings on history, and have given countless other presentations, lectures, and talks on the subject. We edit a journal on history and historiography in Japan, as well as on Japan-related historical topics on the Korean peninsula, in North America, and elsewhere.

A simple internet search would have revealed a wealth of historical work by any of the six of us.

Instead, Dezaki took the easy way out and tried to cancel us. It’s a shame. He might have used the time to learn something about history. But he chose to close his mind and retreat into the safety of the woke mob.

What Miki Dezaki and I Have in Common

I don’t mean to single out Dezaki. He was hardly the only one whose response to a challenge by a renowned professor, J. Mark Ramseyer, was simply to dismiss the source. Dezaki enjoys reminding his fans that those with whom he disagrees are “right-wing” and “neo-nationalist,” but Dezaki is just one of many, including many American professors, who write off opposing viewpoints using labels and then rally the woke mob to denounce all dissent.

One partisan wondered on Twitter whether she could “safely ignore” Ramseyer and his dissident views. No, Dezaki is not the only one to succumb to cancel culture.

I bring up Dezaki for another reason. I have never met him, but he may be surprised to find that he and I have something in common. We have both been cancelled. By the same person. Over—if you can believe it—the comfort women.

How Dezaki and I Were Cancelled over the Comfort Women

In August of 2019, a large state university in the American Midwest was debating whether to screen Dezaki’s film on campus. A professor in the history department at that university — someone who is very well known as a supporter of the standard comfort women narrative — sent emails to her colleagues on August 10, 2019, stating that in her view, Dezaki’s film should not be shown.

“It sounds to me like Dezaki has done a ‘both sidesism’ version of the comfort women issue,” this famous professor wrote. “One that provides a platform for deniers to speak basically unchallenged.” She judged Dezaki’s film unworthy of being shown at the university.

Her colleagues in the history department quickly caught the scent. A professor of Korean studies chimed in to ride the swelling cancel wave. “Seeing clips of the right-wing interviewees was quite jarring for me,” the Korean studies professor wrote. “My initial reaction was that I would not want to have these videos shown at” the midwestern university.

What seems to have saved Dezaki here was that the cancel-professors found his film sufficiently biased. “Based on the videos that we watched,” the Korean studies professor continued, “I got the feeling that the documentary itself ultimately does steer viewers [to] the understanding that the conservative view is a form of fake history.”

The professor was “encouraged by the negative reaction by [Prime Minister Shinzō] Abe and the right-wing interviewees featured in the film.” Dezaki was eventually able to screen his film, but only when his woke bona fides had been established.

In November of 2018, I wrote to that same midwestern university history department with news that my translation of Professor Ikuhiko Hata’s book on the history of the comfort women had been published by Hamilton Books.

A young history department office worker added the news to the department webpage, but then, a couple of days later, I checked and the news had been deleted.

I later found that, on November 19, 2018, a member of the history department faculty had written to her colleagues about the news of the Hata book. “I was shocked to see it on Facebook,” she wrote. “Please take it down.”

The same professor who tried to cancel Dezaki then wrote to agree that the Hata book I translated should be cancelled. The chair of the department and a professor of Chinese history also coordinated with the cancel-professors and other members of the history department faculty and staff to erase the record of the Hata book from their website.

When I found out what had happened, I asked the history department to put the news back up. They eventually did — after changing the post to attack the Hata book.

Just like Dezaki, I was cancelled by the same person, over the same thing, and not even one year before Dezaki was subjected to the same treatment.

Dezaki’s and my crime? “Both sidesism”. He and I had dared to listen to various points of view. The reaction by the American academy? Cancel them.

Cancel culture is anti-intellectual. It is not scholarly, but simply a form of cowardice. Dezaki insists that my colleagues and I are not allowed to call ourselves historians. I would counter that it is only those who see history as ideology and labels, as an exercise in stark black and white, who have disqualified themselves as practitioners of the historical craft.

Dezaki further mocks my colleagues and me because there are only a “whopping six” of us speaking up for J. Mark Ramseyer. But history is not about popularity. There is a big, basic difference between consensus and historical fact. History is not a Kuhnian exercise. It is about following the trail of the past, wherever it leads us. Even — especially — if it leads us away from the smug certainties of the cancel mob.

Here is something else that may surprise Dezaki. The comfort women were not victims. They were survivors. Many of them had lived in desperate poverty in farming villages. Others were professional prostitutes before deciding to work at comfort stations for military clients. There was a civilizational war on, East vs. West. The comfort women were surrounded by circumstances they could not control. But what they could do was make the best out of truly horrific conditions. They fought through, and survived.

I respect the comfort women immensely, actually. They were strong, canny, resilient, even fiercely independent. And they weren’t a monolith. Every woman had her own story, everyone in the comfort station was there for a different reason. To understand the comfort women, you have to see gray. Insisting on black and white, good versus evil, will blind you to the historical reality.

Turning the past into a morality play may tide you over with saccharine schmaltz and the self-righteous pleasure of weeping for people you pity. But the real work of history is in putting one’s expectations to the side and trying to understand what people who came before us really did, and why. The answers are almost never simple. And they almost never conform to what we think they will be.

Miki Dezaki and I have both been cancelled for “both sidesism”. I would invite everyone to join Dezaki and me in examining a rich plurality of views. Read Hata, Ramseyer, Lee Young-hoon, C. Sarah Soh, Park Yuha, Yoshimi Yoshiaki, and Archie Miyamoto. Read the Coomaraswamy Report and the Interagency Working Group report.

Listen to as many sides as you can. “Sift and winnow,” as the saying goes.

If you want to know what happened in history, you have to begin by giving up cancel culture. Miki Dezaki was once a Buddhist monk — I hope he will join me in extending the mudra of discourse to all, refusing to cancel anyone in a sign of ongoing openness to truth.

Articles related to this debate: