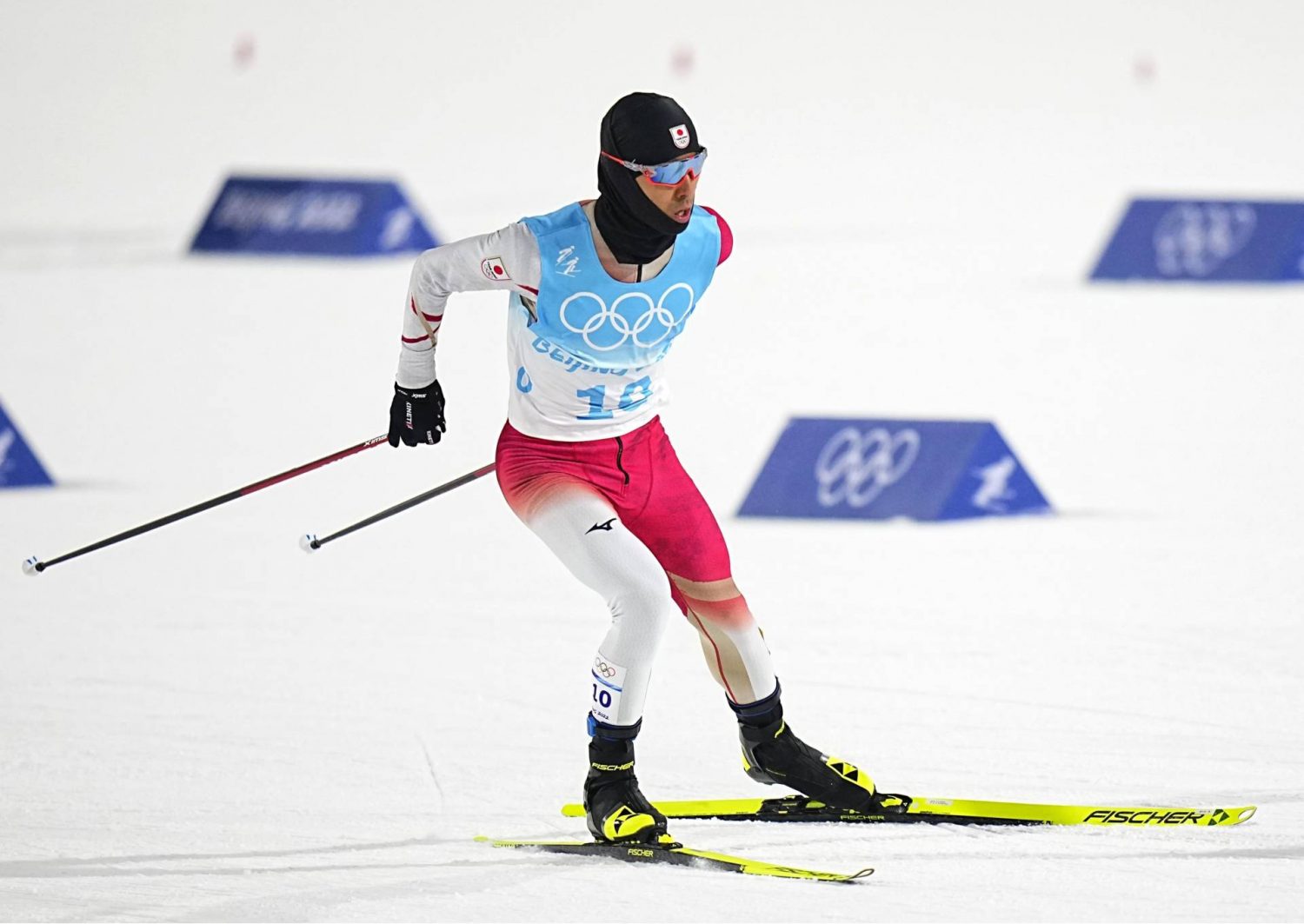 Akito Watanabe participates in the cross-country skiing portion of the Nordic combined individual Gundersen normal hill event at the Beijing Olympics on February 9 in Zhangjiakou, China.

Watabe, who also won the silver medal at the Sochi Games in 2014, was tied for ninth after a jump of 98 meters meaning he started the 10-kilometer cross-country race 1 minute, 16 seconds behind compatriot Ryota Yamamoto.

Two-time Olympic silver medalist Ayumu Hirano delivered an eye-opening reminder that he remains one of the world’s premier snowboarders in men’s halfpipe qualifying at Genting Snow Park in Zhangjiakou, China, on Wednesday.

Hirano had the second-best effort on the first run (87.25 points) and took the top spot on the second (93.25) to emerge as the top-ranked snowboarder for the men’s halfpipe final on Friday.

It was a breathtaking display of his aerial skills with technical precision, including a frontside double-cork 1440.

Mitsuki Ono’s Olympic debut is off to a brilliant start.

The 17-year-old Ono finished second in women’s halfpipe qualifying on Wednesday with a second-run score of 83.75 points at Genting Snow Park.

The women’s halfpipe final is on Thursday. American Chloe Kim, the defending champion, is first on 87.75 points.

Ruki Tomita, 20, finished one spot behind her older sister, receiving 74.25 points on her first run.

After Smile Japan’s 3-2 Group B preliminary round victory over the Czech Republic in a penalty shootout on Tuesday, its opponent in the quarterfinals wasn’t immediately known.

Now, with all of the preliminary round games completed and the pairings determined, Japan will face three-time Olympic bronze medalist Finland in Saturday’s quarterfinals in Beijing. The puck is set to drop at 5:40 PM JST.

Read the rest of this article and follow the 2022 Winter Olympics in greater detail on JAPAN Forward’s dedicated sports website, SportsLook.