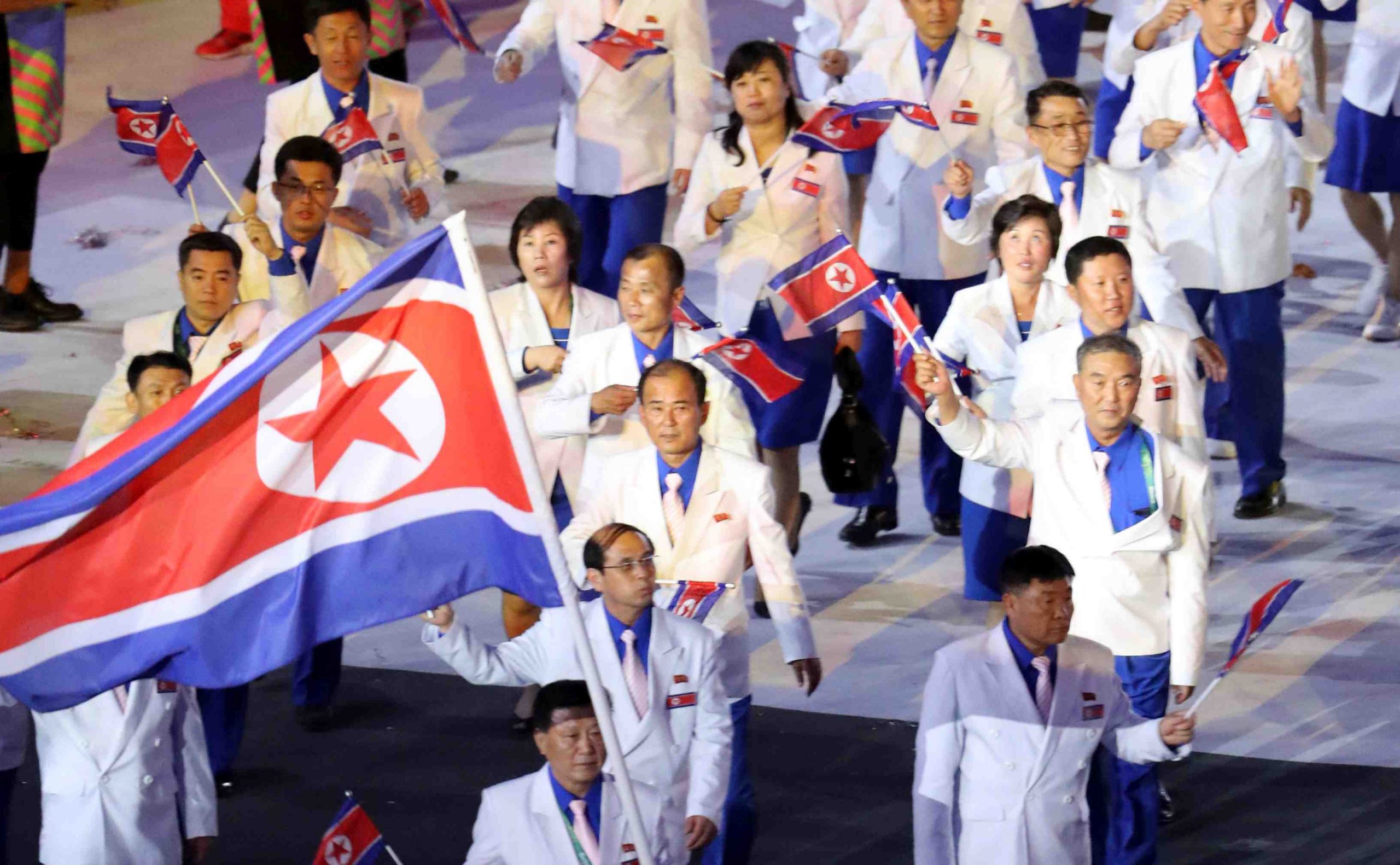 North Korea will forgo the Tokyo Olympics because of COVID-19 fears, according to published reports on Tuesday, April 6.

With the Tokyo Games set to start in less than 100 days on July 23, North Korea became the first nation to announce it will skip the Olympics amidst the global pandemic.

News reports referenced a decision made at a North Korean Olympic Committee (NKOC) meeting on March 25, where committee members and government sports officials gathered to discuss the Olympic Games. After the meeting, the North Korean sports ministry website announced that the NKOC “decided not to participate in the 32nd Olympic Games during the [March 25] general assembly to protect our athletes from the global health crisis situation related to the coronavirus as proposed by committee members,” NPR reported.

It’s been widely reported that North Korea “claims to have no confirmed coronavirus cases or COVID-19 deaths,” NPR wrote. That said, some high-profile experts of the hermit nation doubt those claims are accurate.

North Korea has in effect had a nationwide lockdown since January 2020, including closing its borders. At the same time, some prominent observers, including Victor Cha, a senior vice president and Korea chair at the Center for Strategic and International Studies, believe COVID-19 paranoia is very real within the North Korean leadership ranks.

“[North Korea] is quite paranoid on a good day, but right now they are extremely paranoid about COVID getting into the country,” Cha, who is also a Georgetown University professor, told NPR’s “Here & Now” in February.

From a logistical standpoint, North Korea’s decision to pull out of the Tokyo Games is also considered a setback for a joint Korean bid to stage the 2032 Olympics. North Korean leader Kim Jong Un and South Korean President Moon Jae In gave the seal of approval to a Seoul-Pyongyang bid recently submitted to the IOC. (Brisbane, Australia, is IOC’s preferred choice.)

North Korea dispatched 22 athletes and a 230-member female cheerleading ensemble to the 2018 Pyeongchang Olympics. The neighboring nations marched under a blue flag at the Winter Olympics, symbolizing unity.

They formed a combined women’s hockey team, which went 0-5 and was routed game after game at the Pyeongchang hockey tournament, but received support from sports fans around the world. It was also seen as a valuable diplomatic gesture and a sign of goodwill.

Kim Yo Jong, the North Korean leader’s sister, attended the Pyeongchang Games, becoming the first member of the isolated nation’s ruling family dynasty to set foot on South Korean soil. And with Kim Yo Jong leading the way, the Winter Olympics seemed to play a part in paving the way for inter-Korean dialogue.

Three summits were held between the two top leaders in 2018, and former American President Donald Trump and Kim Jong Un held a pair of meetings. But economic sanctions against North Korea remain in place.

Repeatedly, Kim Jong Un has defied the United States and the international community by restarting its ballistic missile testing program.

There’s speculation that other geopolitical factors could be at play here.

By saying it is abandoning its plans to send athletes to the Tokyo Olympics, North Korea could be upstaging Japan in terms of diplomatic dialogue, with Tokyo insisting that the abduction issue is a top priority that must be resolved.

Also, local elections in Seoul and Busan this week could deal a damaging blow to President Moon Jae In’s Democratic Party and weaken his position domestically and on the global stage. Opposition politicians are expected to win in both major cities.

The possibility of the Tokyo Games being a catalyst for diplomatic talks for Japan, the United States and North Korea looks less likely now, too.

Or as The Associated Press reported: “Japanese Prime Minister Yoshihide Suga previously said he expected to invite U.S. President Joe Biden to the Olympics and was willing to meet with Kim Jong Un or his sister if either attended the Games. Suga, however, did not say if he will invite either of them.”

“We had hoped for the opportunity to advance peace on the Korean Peninsula and reconciliation between the South and North [through North Korea’s participation in the Games,],” read a statement. “It’s a shame this couldn’t happen because of the COVID situation.”