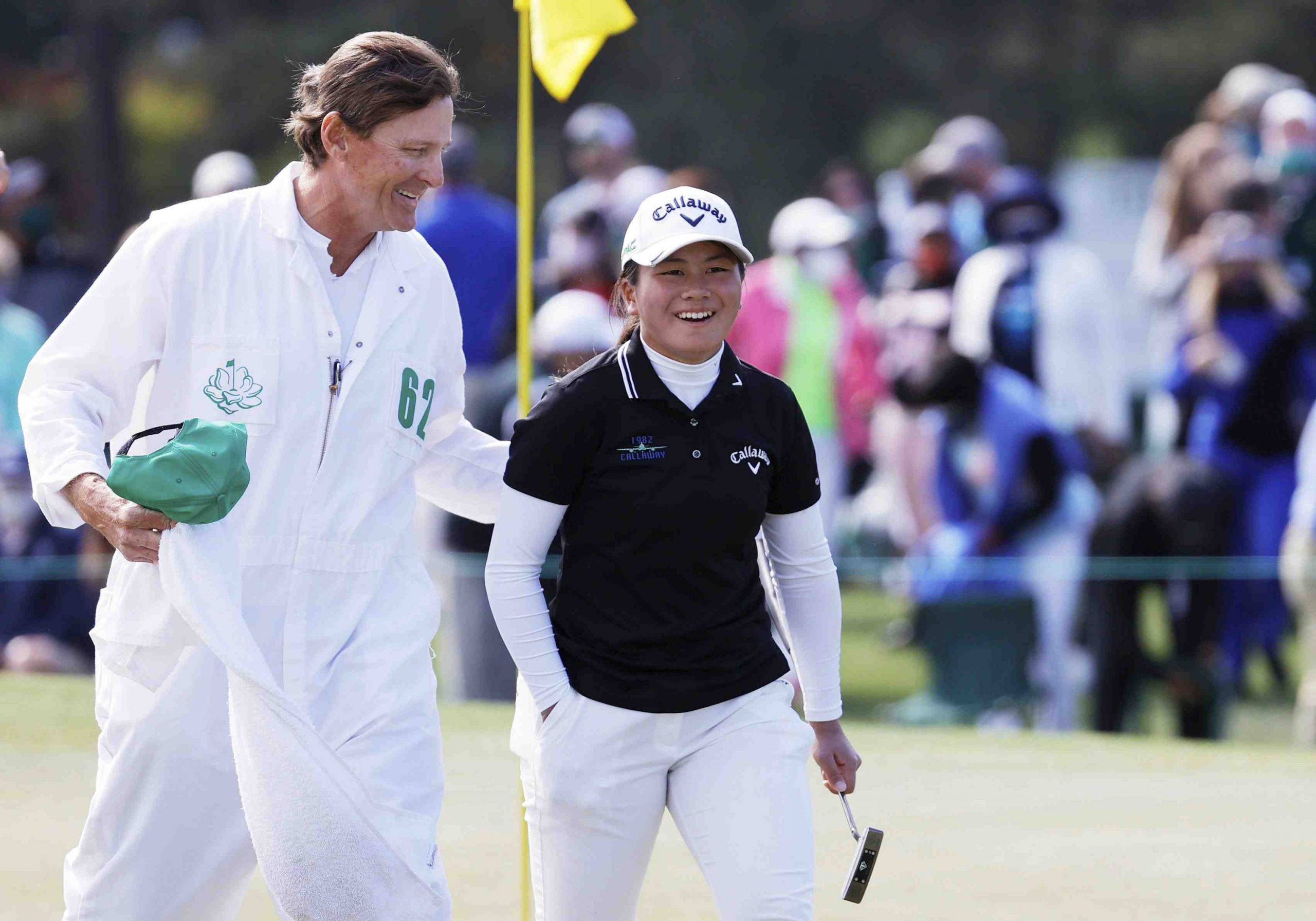 Kajitani won the Augusta National Women’s Amateur in a sudden-death playoff on Saturday, April 3. The 17-year-old became the first Asian to capture a title at the home of the Masters.

It even grabbed Tiger Woods’ attention.

“Congrats to Tsubasa Kajitani on winning the Augusta National Women’s Amateur with an amazing playoff finish,” tweeted Woods, who is recovering from a single vehicle rollover in late February. “Enjoy the special moment.”

The victory was “a dream come true,” Kajitani declared.

Indeed, it was a thrilling experience for her.

“I’m really proud to be the first ever Japanese [player] to win here,” Kajitani said through an interpreter. “I can’t really imagine [the reaction] when I’m back in Japan, but hopefully everybody is happy and will enjoy it. I’m looking forward to going back to Japan.”

Among the perks of winning the Augusta extravaganza, Kajitani will receive invitations to this year’s U.S. Women’s Open and Women’s British Open, as well as the next five Augusta National Women’s Amateur events.

To make it happen, Kajitani needed to rebound from a shaky sequence toward the end of the final round. A double bogey on the 17th hole could’ve ended her title hopes. Instead, Kajitani was determined to bounce back.

“Of course I have been disappointed, such as I made a double-bogey on the 17th, but my caddie [Chad Lamsback] said just look forward to the 18th,” Kajitani said. “So I changed my mind and I just switched off and switched on to the 18th. So that’s why I made a par on 18.”

Credit Lambshack for developing a solid rapport with Kajitani and other Japanese golfers over the years. Combine his words of wisdom and steady demeanor, and you have golf’s equivalent of a hockey, soccer or basketball assist.

“Chad has caddied for a few Japanese before, [including] Mr. Takumi Kanaya, he played the Masters when he was an amateur, and now he became a professional … [and] Yuka Yasuda, she was [tied for third at the 2019 Augusta National Women’s Amateur] and she was also using Chad, as well,” Kajitani said. “That’s why we just trust him.”

Kajitani and Emilia Migliaccio, a 21-year-old Wake Forest University senior, squared off in a sudden-death playoff, which began on the par-4 18th hole, and would’ve continued on the 10th hole, then repeating if necessary.

In the one-hole playoff, Kajitani shot even par, while Migliaccio was 1-over par.

On the final hole of the third round, Kajitani punctuated the pressure-filled moment with, as described on the event website, “a spectacular two-putt on the 18th green and gave a mini fist-pump before exchanging hugs with her caddie and Migliaccio.”

Asked to describe what was going through her mind in that pivotal moment, Kajitani summed it up by saying, “I had to think and concentrate on that putt. I made a lot of putts this week and I was confident and I had to make it, and then I made it.”

Kajitani completed the 54 holes at 1-over par 217 (73-72-72) before beating Migliaccio in the playoff. Thirty players made the cut for the final round for the event that was first held in 2019.

Entering the final round, Kajitani was tied for fifth place. She strengthened her chances of winning the Augusta National Women’s Amateur with birdies on the eighth, 14th and 15th holes.

“I wasn’t really expecting to win the tournament,” Kajitani, who was No. 26 in the World Amateur Golf Ranking during the tourney in Augusta, told reporters through an interpreter.

“But now I’m here and I realize that I won the tournament. I’m really happy to be here.”

Playing at the famous Augusta National Golf Club was a rewarding experience for Kajitani, who now knows what it feels like to walk the same course that golf greats Ben Hogan and Arnold Palmer, Jack Nicklaus and Tiger Woods and countless others have always considered special.

“I think Augusta National is going to tell everything about golf, and when I miss the green, it will be really hard to recover and get up and down,” Kajitani commented. “I made a good shot and I got through it. That’s all about Augusta, as well as the course itself is a very beautiful course. Overall, I have so enjoyed it.”

In 2015, Kajitani earned the winner’s trophy at the IMGA World Junior Golf Championships. She triumphed in the Japan Junior Championship in August 2019, a two-stroke victory that also telegraphed her talent and potential. In the same year she finished as the runner-up at the Australian Women’s Amateur Championship.

Smiling Cinderella is just 22, and now Tsubasa Kajitani, another burgeoning talent, is generating excitement on both sides of the Pacific Ocean. Together, Shibuno and Kajitani give Japan hope for great things to come in women’s golf for decades to come.

A breakthrough victory for Kajitani could serve as inspiration for her and a confidence boost as the current season progresses, helping her compete at a high level.

After all, you can’t discount the significance of winning a tournament at the home of the Masters.

“I have played in many other tournaments,” Kajitani said after winning the Augusta National Women’s Amateur. “But you can’t really compare those to this tournament.”