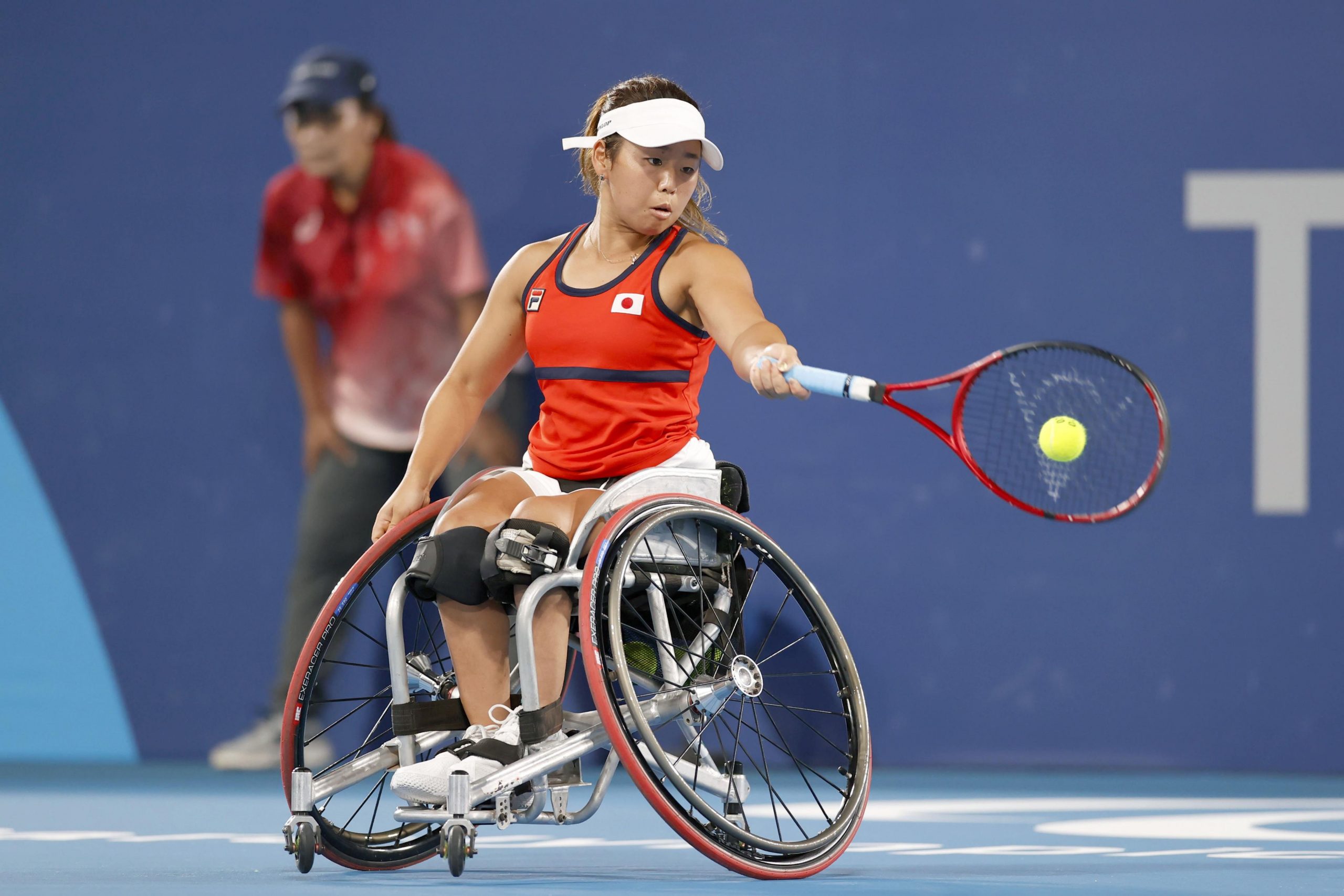 Her versatility and tremendous talent have been on display for a decade, and yet the 27-year-old has never won a Paralympic gold medal.

That opportunity will be there for her on Friday, September 3.

No. 2 seed Kamiji advanced to the women’s wheelchair singles final with a 6-2, 6-2 victory over the Netherlands’ Aniek van Koot, the No. 3 seed, on Thursday, September 2 at Ariake Tennis Park.

“We always face each other in the tours, but in terms of the Paralympics, Aniek was the one player I couldn’t get past,” Kamiji told reporters, according to Kyodo News.

“I could have played better, but I’m happy that I was able to win against her today.”

In reaching the final, Kunieda, who’s won 25 of his Grand Slam trophies in singles competition, has a shot at winning his third Paralympic singles gold. He won titles at the 2008 Beijing Games and 2012 London Games. He reached the quarterfinals at the Rio Paralympics.

“I was able to play my tennis at 100 percent,” the 37-year-old Kunieda was quoted as saying by Kyodo News after his semifinal triumph.

“The competition schedule is tough, but I am not tired at all. I feel like having the Games in my country is pushing me, and I feel like I’m five years younger.”

It was an emotional moment for the veteran Paralympian from Algeria, Safia Djelal, who grabbed the gold medal in the women’s shot put in the F57 category.

Djelal set a world record of 11.29 meters. China’s Mian Xu placed second with a 10.81-meter throw, which set an Asian record. Nigeria’s Eucharia Iyiazi finished third with a toss of 10.40 at the New National Stadium.

Djelal is a veteran of track and field’s throwing events, and at the age of 38 she is in her fifth Paralympics. In her debut performance in Athens in 2004, she started strong by achieving the gold medal in the women’s javelin throw, followed by silver in the same event in London in 2012.

The Algerian athlete first started athletics in 1998 in Batna, a city in her homeland, with the aim of overcoming her impairment.

The F57 classification is for athletes who meet requirements of leg movement impairment which allows for them to compete from a seated position.

A heartwarming moment during the day was provided when Cape Verde’s Keula Nidreia Pereira Semedo received a marriage proposal right as she finished her race at the Olympic Stadium.

Pereira Semedo had just finished her women’s T11 200-meter qualifying heat and had failed to qualify for the final, although she had just performed her season’s best.

Yet, a significant surprise was coming her way. The person proposing was not just anyone, either. Manuel Antonio Vaz da Veiga is Pereira Semedo’s guide, who assists her while she runs due to her visual impairment. They are partners in life and on the track, and in interviews the athlete has previously said that her influence in life is her guide.

Therefore, on a rainy day in Tokyo, Vaz da Veiga got down on one knee, and asked the 32-year-old athlete, and his girlfriend of 11 years, to marry him. Fortunately, she said yes! And surrounding athletes and their guides gathered close and celebrated with the happy couple.

“With the proposal there’s just too many emotions going on right now,” Pereira Semedo said to Olympics.com. “I don’t have words to explain how I feel.”

Reflecting on her future, she continued: “These were my first Paralympic Games and with my age and speed I was actually thinking about stopping afterwards. But now I have an additional motivation to carry on after the Games, always with him by my side.”

Sarah Storey is now Great Britain’s most successful Paralympian of all time.

That puts her one ahead of swimmer Mike Kenny for the most any British athlete has ever won. Storey has now amassed a staggering 37 world titles in cycling and swimming.

She is competing in her eighth Paralympic Games.

“I couldn’t have imagined being at eight Games, let alone winning medals at every Games, and 17 of those medals being gold. It’s the dream I didn’t have coming through,” Storey told Olympics.org. “I wanted to be a British athlete and compete for my country for as long as I possibly could. To still be going strong in Games number eight is truly amazing.”

As defending champion, Storey faced a stern challenge in the C4-5 road race. Germany’s two-time world champion Kerstin Brachtendorf held the lead for much of the race and was more than a minute ahead of Storey going into the final laps.

But a late surge by Storey allowed her to pass Brachtendorf and cross the finish line in 2 hours, 21 minutes, 51 seconds. Her compatriot Crystal Lane-Wright was just behind to take silver in 2:21:58 and France’s Marie Patouillet won the bronze with a time of 2:23:49. Brachtendorf finished fifth.

“Crystal came through on the penultimate climb to make sure we closed that gap, and then it was down to me to try and get us the gap in the finish,” Storey said. “In that last descent I didn’t touch my brakes, I just went for it.”

For both men and women, the sport kicked off in several categories, and two heats took place at the Sea Forest Waterway to determine some of the qualifiers for the final or the semifinal.

The sport is very similar in the Olympics and Paralympics. The only difference from the Olympics is that athletes are categorized on the basis of the range of movement in the legs, trunk and arms.

Among the women, Great Britain kept a strong presence, with women who directly progressed to the final, confirming some of the dominance of the British women in the sport demonstrated in Rio de Janeiro Games of 2016. One of the stars of the day was Emma Wiggs, who delivered a personal best of 58.084 seconds in the women’s VL2 category va’a single, a 200-meter race.

All other participants who didn’t qualify for the final, will go on to battle it out at the semifinal.

In the men’s competition, some of the athletes that stood out were Portugal’s Norberto Mourao in the VL2 category with a time of 57.831, Russian Paralympic Committee’s Leonid Krylov in the KL3 with a time of 40.318, and Ukraine’s Mykola Syniuk in the KL2 category (43.731). They all made it directly to the final.

The sport is quite new to the Paralympics. It was added in 2016, with many athletes from different countries and regions gradually joining the sport and bringing the level up.