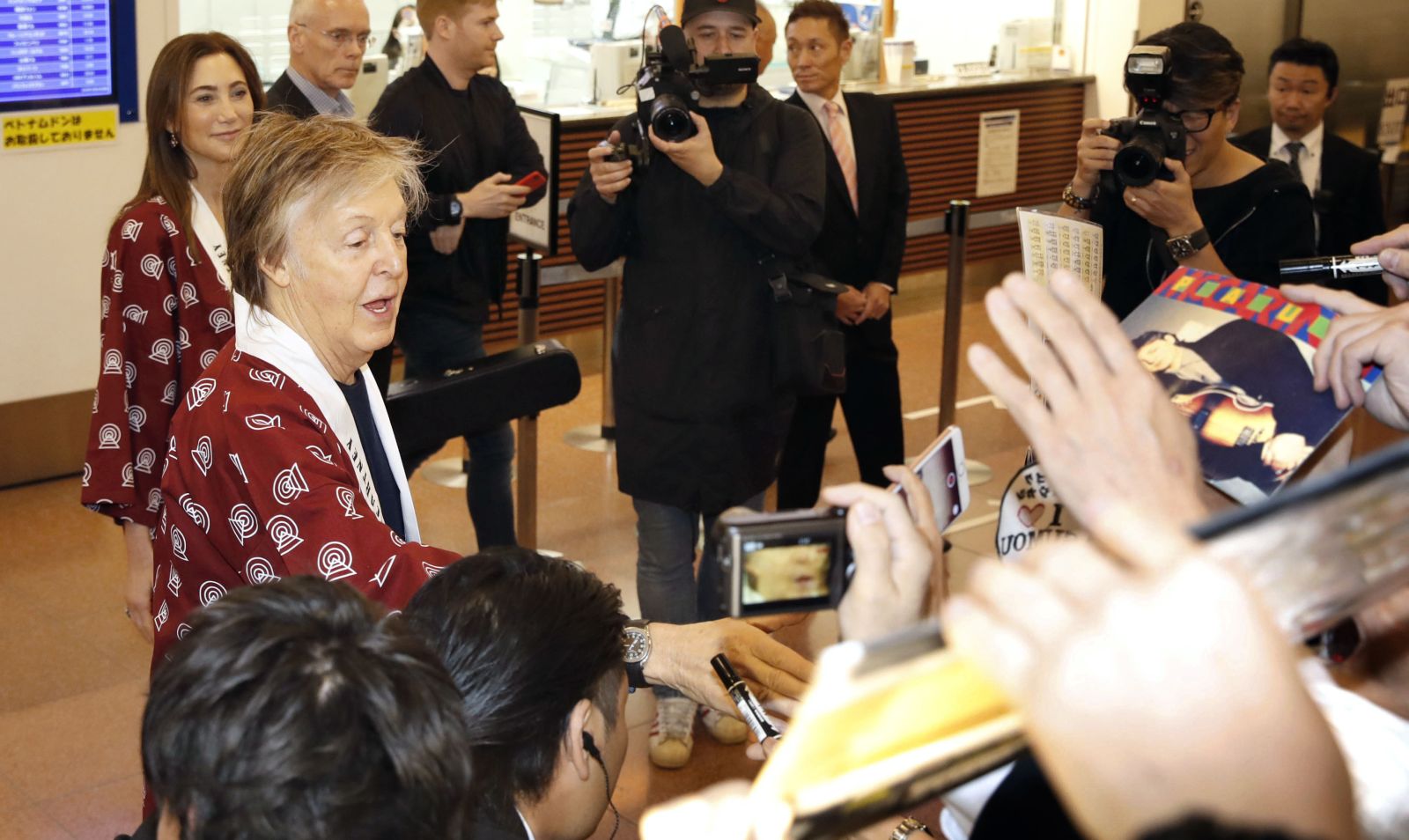 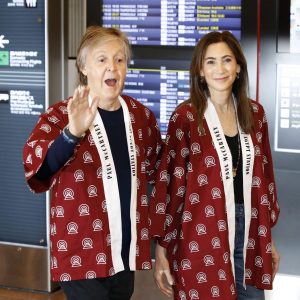 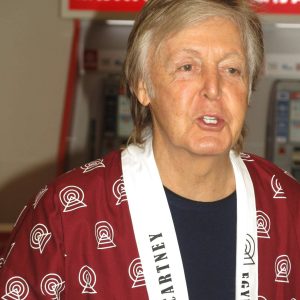 The 76-year-old Paul McCartney visited Japan in the second week of November — his seventh time — to deliver yet again an awe-inspiring performance for his fans here.

With infectious enthusiasm, he performed four shows, including his first-ever performance in Nagoya, before a total of 134,500 jubilant spectators.

A new feature of his Tokyo tour was a performance at Ryogoku Kokugikan, the home of sumo wrestling in Tokyo. The place had never been used for a music event before, yet it was aptly transformed into a stunning concert venue.

DJ Chris Holmes, who toured with McCartney, described the evening, this way: “Some nights there is some rarefied magic that we are blessed to take a part in…. Last night was one of those nights.”

I've done probably over 200 shows with @paulmccartney and sometimes there is something extra special in the air. Things just go to a higher level of absolute joy and there is a shared awareness that everyone in the venue and on the stage can feel. Some nights there is some rarefied magic that we are blessed to take a part in. Some nights the best show in the world by the worlds greatest songwriter and performer somehow finds another gear and there is a synergy of sound, lights, crowd energy, and performance that make you realize that there is true magic in this world. Last night was one of those nights. From start to finish everyone in the venue could feel it. Blessed to have been a part of it. Hopefully these photos can convey a glimpse of that feeling. #paulmccartney #freshenuptour #tokyo #ryogokukokigan #djchrisholmes

The ex-Beatles member flew into Tokyo Haneda Airport from New York on October 29. He performed on October 31 and November 1 at Tokyo Dome.

He then did a show at at Ryogoku Kokugikan on November 5, before taking the bullet train to Nagoya and delivering his final show on the night of November 7 at Nagoya Dome.

I attended the three performances in Tokyo. Although McCartney had already come to Japan in April 2017, spectators were delighted with another concert tour to the Land of the Rising Sun this year.

He sang “Yesterday” only once, at Tokyo Dome on the first day, but did not disappoint fans the next day by singing a total of 37 songs — one more than the previous night. The performance at Ryogoku was shorter, with 31 tunes played, yet in its compact format left a vivid and lasting impression on his fans.

There were about 7,500 spectators at the Ryogoku performance. The concerts in 2015 and 2017 took place at the Nippon Budokan, which holds 10,000 people, making this a smaller crowd compared to previous years.

Ryogoku Kokugikan is commonly known for hosting sumo tournaments. The venue was adjusted by removing the sumo ring and positioning the stage further down the venue so that everyone could see the British star with their naked eye.

“It’s great that I can see everyone from here,” commented McCartney happily. The sound was also good, perhaps suggesting that the intimacy of the venue brought vitality both to McCartney and his enthusiastic fans.

The November 5 performance itself began an hour late. This did nothing, however, but heighten the feverish anticipation of the crowd.

At a little past 7 o’clock, the performer delivered his first song of the night, as it happens, “A Hard Day’s Night.” The crowd released their pent-up anticipation in a cheer that resembled almost the roar of an earthquake.

Almost joining in with the crowd, the singer delivered a powerful performance all-round. It’s as if the stage and the audience became one: the small venue, enthusiastic viewers, and Paul McCartney himself made every performer’s dream a reality.

Conscious of the unusual venue, McCartney delivered sumo-referenced greetings to the jubilant crowd and commented on the many spectators in the audience: “Everyone is amazing. Let me look through the crowd. You all are amazing.”

The cheers reached a peak when McCartney performed the all-time favorite, “Hey Jude.”

When the time came for the last song, it’s not uncommon for crowds to continue belting for minutes after. But on this evening, perhaps thanks to Paul McCartney’s tenaciously energetic voice, and the uplifting music which mingled with the audience’s chorus, I found myself thinking that people are just going to stay here and continue singing without him.

DJ Chris Holmes continued describing the evening in his Instagram post, “Some nights the best show in the world by the world’s greatest songwriter and performer somehow finds another gear and there is a synergy of sound, lights, crowd energy, and performance that make you realize that there is true magic in this world.”

“See you next time.” And on these words, Paul McCartney ended the two hours and fifteen minutes of performance.

This phrase is just a set expression. But the enchanted audience at Ryogoku Kokugikan took the words to heart — so much so that I overheard two people say to each other: “The next time will be around this time next year. They are opening a new theater — for the opening concert he’s going to have to come to Japan.”