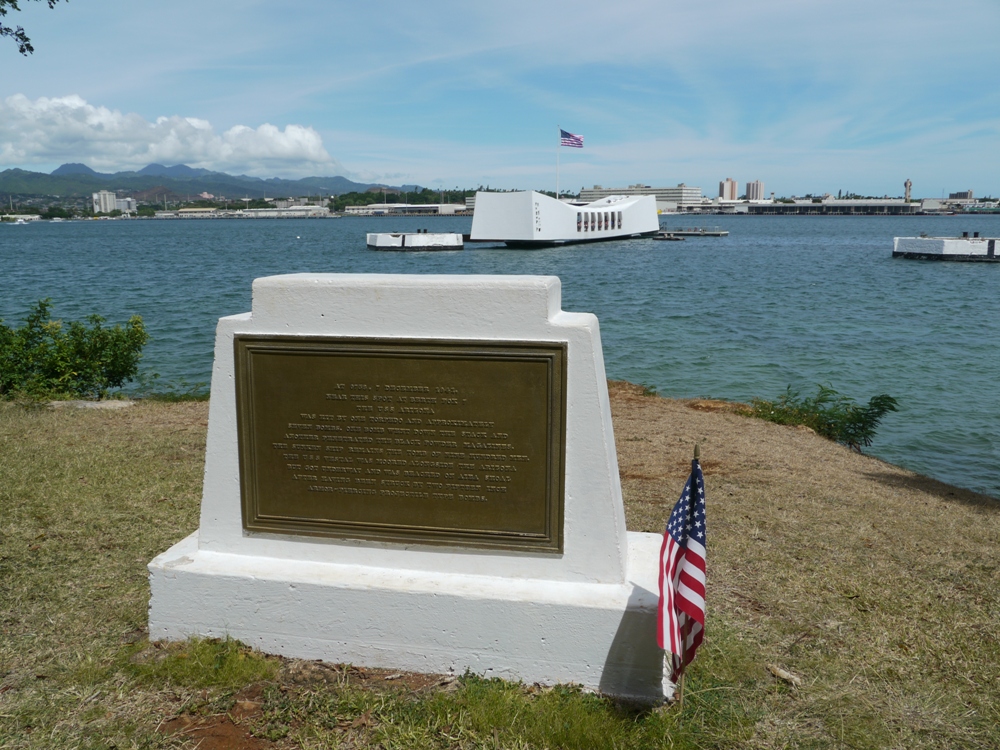 Seventy-two years ago, the last bombs fell from the skies over Japan, and the last shots were fired in anger between Japanese and Allied forces in the Pacific, Asia, and beyond.

The Pacific War started, of course, some three and a half years earlier, at Pearl Harbor, when the Japanese navy launched an air and sea raid against the United States Pacific Fleet stationed in the territory of Hawai’i. Since that fateful day in early December, 1941, Americans—and the rest of the world—have associated the name “Pearl Harbor” with the attack that made the place a household name.

Over the past several decades, though, Pearl Harbor has been undergoing a much quieter transformation. While the natural inlet on the southwestern side of Oahu will always be remembered for the events that brought the US officially into World War II, it is also emerging as a powerful vehicle for reconciliation. It is now a symbol of the US-Japan alliance forged in the post-August 1945 peace, and, perhaps most importantly, a place for refocusing the attention of the two mightiest Pacific powers not on the past but on their shared future.

In 1987, a small group of Japanese men visited Pearl Harbor unannounced. They had hoped to remain unnoticed. After the men quietly paid their respects at the USS Arizona memorial, a member of the Pearl Harbor staff—unused to seeing older Japanese visitors at a place that Japanese tourists tended studiously to avoid—asked the men where they were from. The park staff were stunned to learn the truth: the men had been pilots in the Japanese Imperial Navy, and had flown sorties on December 7th, 1941, bombing and strafing military installations and naval vessels on Oahu. They had come to pray for all the men and women lost that day, American and Japanese.

The Japanese aviators were equally stunned when they were warmly welcomed by the Pearl Harbor park members.

Daniel Martinez, the chief historian at the WWII Valor in the Pacific National Monument, recalls that there were some US veterans who were opposed to the idea of having their bitter enemies accepted, even tentatively, as friends coming in peace.

Nevertheless, the Japanese pilots were “received with honor,” Martinez remembers. It was the beginning of an unofficial relationship between the Pearl Harbor site and the men and women of the country which had forever etched the name of the place into the solemn lists of battlefields.

For many who had long studied the history of the war, it was a completely unforeseen development. “I never expected that it would happen in my lifetime,” Martinez said, referring to the reconciliation. Until it actually began to take place, reconciliation seemed as distant as it had while the wreckage still smoldered at Pearl Harbor in late 1941.

And yet, in retrospect, the surprise visit by the Japanese pilots proved to be pivotal in disentangling the histories of the day, of the war, and of the long decades which preceded and followed it.

“The United States and Japan traveled two roads,” said Martinez. “One road led to Pearl Harbor, and the other led to Hiroshima.” While the USS Arizona memorial and the Pearl Harbor exhibits had always told the story of the place as the story of the day and its most proximate causes and effects, Martinez and many of his colleagues knew that, if the real story was going to be conveyed, it was going to require a lot more context. And, most delicate of all, it was going to require telling both sides. The two roads did not always run parallel. Visitors to the park would have to be given ample room to see that Pearl Harbor and Hiroshima, while of course inextricably linked, were understandable in very different ways.

In December of 2016, Japanese Prime Minister Shinzo Abe visited Pearl Harbor, where he paid his respects at the USS Arizona memorial and also toured the national monument’s other exhibits and hallowed grounds.

“We were given fifteen minutes by the advance planning team,” Martinez recalled, “but Prime Minister Abe brushed his schedulers aside and gave me his complete attention as I guided him through the site. He wanted to know everything. He was completely focused on the history and the events.”

Martinez notes that Abe’s visit had been made politically possible by US President Barack Obama’s visit to Hiroshima just seven months before. As the victor, Martinez says, it was appropriate that the United States should send their leader first to the site of the vanquished side’s deepest war wound. Obama’s May 2016 visit to Hiroshima, Martinez says, opened the door for Abe to return the call at Pearl Harbor.

Pearl Harbor preceded Hiroshima in wartime, of course, but Hiroshima came first in official tributes to postwar peace. In many ways, the war was being undone, piece by piece, and in often surprising ways.

In 1991, for example, President George H.W. Bush visited Pearl Harbor, where he famously declared, during a speech given for the 50th anniversary of the attacks, “I have no rancor in my heart toward Germany or Japan—none at all.”

WWII veterans had insisted that Japan, by 1991 an economic superpower, be viewed with renewed suspicion for its inroads into the world economy. But President Bush—himself a a veteran, having been shot down over Chichijima in 1944—argued that a peaceful, strong Japan closely allied with the United States was precisely the kind of democracy that he and his comrades had fought to bring about.

In a further twist, just as their governments had led Japan and the US to war in 1941, it was the veterans—ordinary men and women who had decided the time had come to choose forgiveness over grudges—who led the two countries out of the seemingly endless mire of postwar recrimination and back onto the road to future cooperation.