Ugly Truth: Is the Japanese Media Bent on Criticizing Abe at All Costs?

In October edition of the monthly magazine Hanada, released on August 26th, author Ryushou Kadota revealed what he recently heard from journalist acquaintances. Somebody from Mainichi Shimbun supposedly said, “At the moment, the atmosphere in the company has become, just do anything to criticize [Prime Minister Shinzo] Abe.” Asahi Shimbun journalists were said to have said the same thing.

Perhaps, amid falling support for the Abe Cabinet in the wake of the Kake Gakuen issue, they are seizing the opportunity to attack. In a newspaper criticism column published July 23rd in the morning edition of a minor newspaper, Kadota called such newspapers “Anti-government Movement Fliers.”

Indeed, as former Democratic Party member and Parliamentary Vice-minister of Defense, Akihisa Nagashima tweeted in May, “The ghastly look on the Asahi Newspaper manager’s face was one of someone who had bet the future of the company on the challenge of an all-out-war on the Abe administration.” 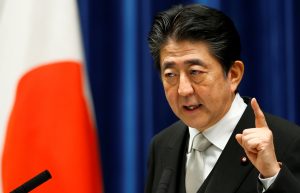 In fact, I have even heard, in confidence, from a journalist acquaintance at Tokyo Shimbun that, “My boss has decreed that ‘There is no need to interview Abe, just criticize him at any rate.’” I have heard things of a similar vein from other Tokyo Shimbun journalists.

It is sad, but these incidents reveal an ugly truth about the newspaper industry. Instead of impartially reporting the facts, one cannot deny that they have a zealous habit of promoting their own views, arguments and predilections. Under the cloak of “keeping a check on the authorities,” they sometimes run wild.

The mass media is also known as the Fourth Estate, an authority in line with the three powers of government: executive, legislative, judiciary.  Politicians often seriously point out that the media is “in actuality, the highest authority.” If so, then who will keep a check on a mass media authority, which has lost its self-control and self-checking mechanism?

One can only hope that the common sense and decency of the people will put a stop to it. 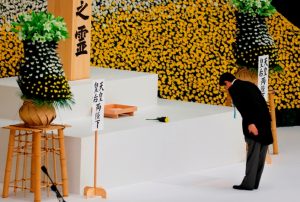 Slanted, Sensationalized News: How Some Japanese Media Have Gone Into Slow Suicide

Who Damages Japan’s Reputation? A Lot of Times, the Japanese Media