Poland is One of the Most Pro-Japanese Nations. Here’s Why 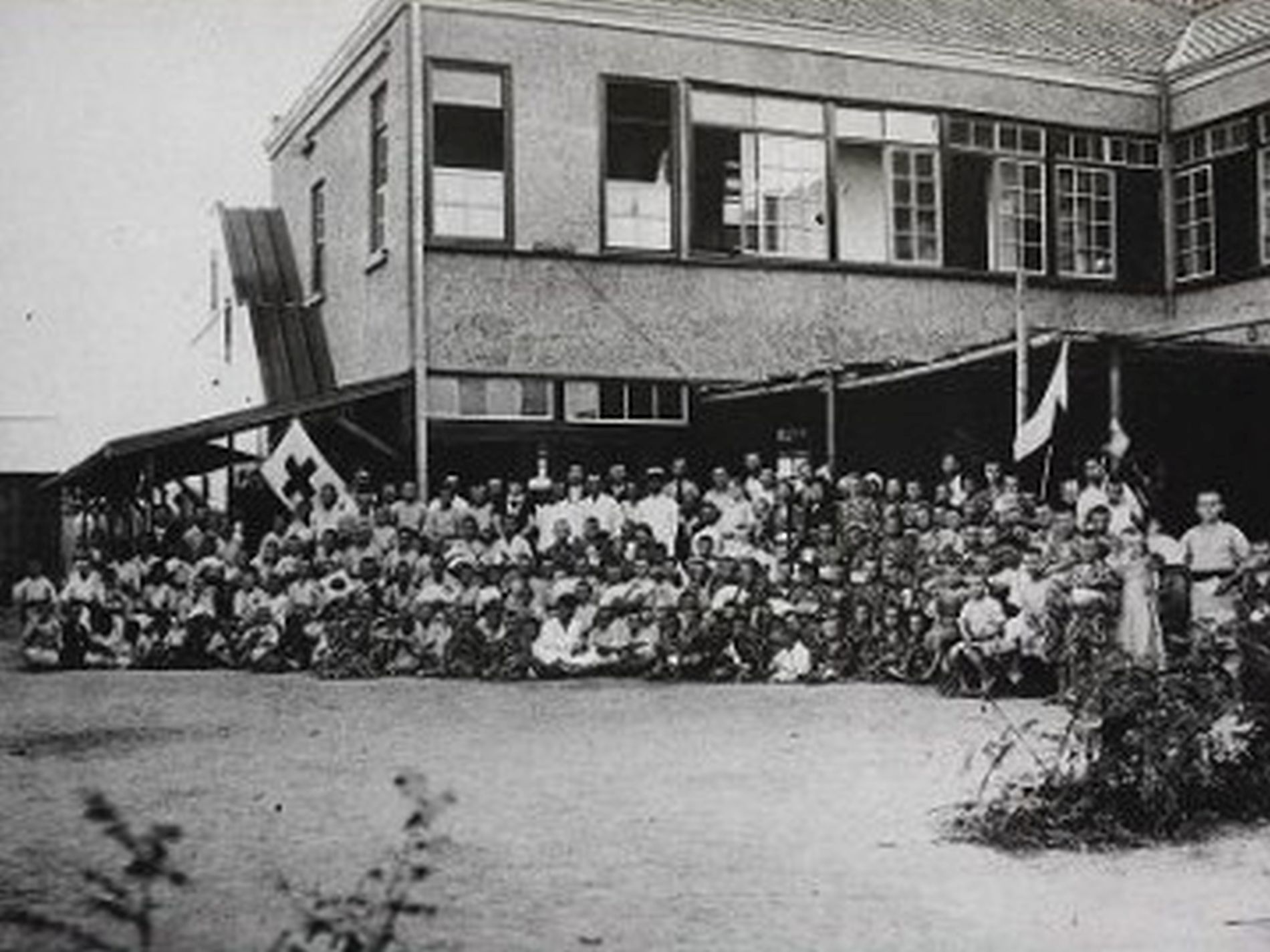 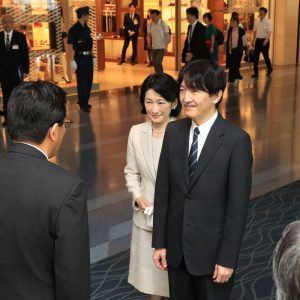 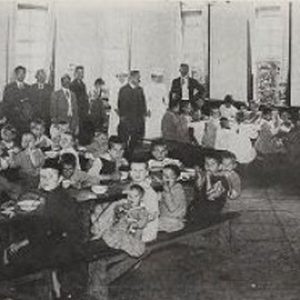 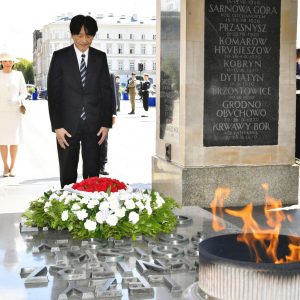 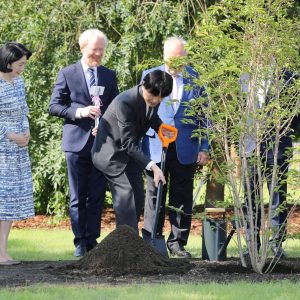 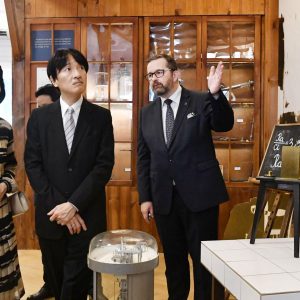 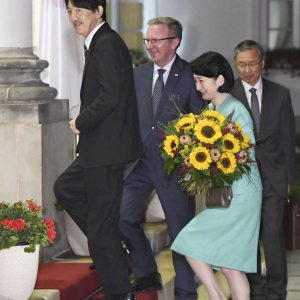 Crown Prince Akishino, the presumptive heir to the Chrysanthemum Throne, and his wife Princess Kiko visited the Republic of Poland early in the summer of 2019, marking the 100th anniversary of the establishment of diplomatic relations between Japan and Poland.

The 100th anniversary also served as an opportune time for the long relationship between the two countries to be honored in other ways. The Japan Foundation, for example, presented its 2019 Japan Foundation Award to Professor Ewa Palasz Rutkowska of the University of Warsaw Department of Japanese Studies for her research and writing on the little-known historical facts about the century of friendly ties between Japan and Poland.

Japan-Poland bonds of trust date back to 1904-1905, the time of the Russo-Japanese War. Once the war broke out, the people of Poland who were under the yoke of Tsarist Russia saw the conflict as an opportunity to achieve independence.

Some Poles reportedly went so far as to hang images of Heihachiro Togo, the commander of the Japanese Imperial Navy’s Combined Fleet at that time, beside pictures of the Virgin Mary and Jesus Christ on their family altars.

Many Poles congratulated Japan for its victory over Russia, at the same time becoming brimful of hope for Poland’s independence.

A Hundred of Years of Mutual Trust

Just after the outbreak of the Russo-Japanese War, two Poles traveled to Japan.

One of the two was Jozef Pilsudski, a leader of the Polish Socialist Party who later became Poland’s first head of state. Earnestly offering to cooperate with Japan, Pilsudski and his followers proposed the creation of a “Polish Legion of Poles” to fight Russian troops alongside Japanese soldiers.

Pilsudski's group thought of the idea of supplying Japan with intelligence to support the war against Russia. They also created a project to have Poles who were conscripted into the Russian Army surrender willingly to the Japanese Army, thinking the disappearance of Poles at a critical phase of the battle would have been a heavy blow to the Russian Army.

The other Polish individual who came to Japan was Roman Dmowski, a moderate, realistic Polish politician. Through the good offices of Japan’s Colonel Genjiro Akashi, Dmowski met with General Gentaro Kojima and General Yasumasa Fukushima, who were members of the office of Japan’s Joint Chiefs of Staff.

Dmowski was involved in drafting a statement by the Japanese government calling for Polish soldiers in the Russian Army to defect to Japan. Colonel Akashi, for his part, threw his support behind the Poles’ endeavors for independence, extending a helping hand to their armed uprising by such means as providing Poles with funds for purchasing weapons.

Considering these contributions, Japan’s win in the Russo-Japanese War should be better understood. The win was not Japan’s alone, but was the result of the Anglo-Japanese Alliance and cooperation from Polish people.

Poland restored its independence from Russia in November 1918, the seventh year of the Taisho Era, in the wake of the end of World War I. On March 22 the following year, Japan-Poland diplomatic relations were established.

Subsequently, Pilsudski, who became Chief of State in 1918, awarded Polish medals of merit to 51 Japanese officers with outstanding services during battles in the Russo-Japanese War.

The Japanese Army learned a key technology — cryptography — from Poland by inviting Polish military officers to Japan in 1923, and then having Japanese Army officers study in Poland to attain mastery in encryption skills. For any country, showing another country what it takes to master cryptographic technology could hardly be possible without a high degree of trust between the two. Poland clearly had tremendous confidence in Japan.

A History Worth Remembering

Pilsudski died in 1935, the 10th year of the Showa Era. Paying respect to this good friend of Japan, soil from the grounds of the Yasukuni Shrine was scattered around his tomb in Krakow, one of the most culturally and politically significant cities of Poland. This is another tribute to the strength of ties between Japan and Poland.

Later, even in the midst of World War II when the two countries belonged to opposing camps, they remained linked in the intelligence field so that information on wartime Europe was clandestinely brought to Japan.

These little-known historical facts about the friendly ties between Japan and Poland have at last been acknowledged publicly, thanks to many laborious years of research by Professor Palasz-Rutkowska in her recent book, History of Polish-Japanese Relations 1904-1945 (in Polish and Japanese, by the Instytut Polski W Tokio).

We Are Too Ignorant of Poland

Worthy of note in the history of Japan-Poland interchanges is the story of Japanese rescue operations of Polish orphans in Siberia that were carried out from 1920 to 1922.

The Russian Revolution took place during World War I, causing Polish people who were living in Siberia to become poverty-stricken. Many Poles had been banished there by the Russians, who ruled Poland, for political offenses and for other reasons. Because of the Russian civil war, they were unable to return to their homeland, even though Poland's independence had been restored.

The result was that they slid into dire poverty, and numerous people starved to death. Under these circumstances, organizations of Poles residing in Vladivostok asked the Japanese government to take steps for “rescuing children at the very least.”

Story of Saving Orphans in Siberia

The Japanese government moved swiftly in response to the call for help, asking the Japanese Red Cross Society to undertake coordination of the project. Japanese Army soldiers had been deployed in Siberia after the Russian Revolution and were there to help. In the end, a total of 765 Polish orphans scattered throughout many Siberian regions were rescued during the period from 1920 to 1922.

The orphans were transported by military ships from Vladivostok to the port of the city of Tsuruga in Japan’s Fukui Prefecture. They were then cared for in childcare institutions in Tokyo and Osaka.

There is a storied incident that happened when the children were about to return home. Having been looked after with great affection at the childcare institutions where they were placed, the Polish orphans refused to leave Japan. Finally parting reluctantly, the orphans sang “Kimigayo” — Japan’s national anthem — when they boarded the ship bound for Poland, thus expressing their feelings of gratitude.

Later, there came a time when Poland had the chance to give back to Japan.

Seventy-five years after the orphans were returned to their own country, Poland was kind enough to invite Japanese children stricken with great loss from the 1995 Great Hanshin-Awaji Earthquake. The children, many from Kobe and nearby areas of Western Japan, went to Poland and stayed from 1995 to 1996, while the chaos and loss caused by the earthquake was sorted out. Poland repeated this kindness after the Great East Japan Earthquake in 2011.

On November 20, 2018, a primary school in the suburbs of Warsaw was named after the Japanese Army operations that rescued Polish orphans: “Siberia Orphans Commemoration Elementary School.” Surprisingly, the motif of the school flag included the designs of a “rising sun” and a cherry blossom.

When this writer visited the school in July 2019, a huge chorus of pupils from the kindergarten attached to the elementary school welcomed me by singing “Kimigayo.” It was moving to see that even now the Polish people’s sense of gratitude to Japan for the rescue of children a century ago has not faded away.

Many Japanese are profoundly ignorant about the heartwarming ties that have bound Japan and Poland together through the century of the bilateral relationship.

Fewer yet aware of the fact that Poland is one of the world’s most pro-Japanese nations. It may be the right time to change that as 2020, the second year of the Reiwa Era, marks the 100th anniversary of Japan’s first international humanitarian assistance activities with Poland.

Kazuhiko Inoue is an independent journalist.