Politics? Marriage? Birds? ‘First Gentleman’ Takes Us On Fun Journey Inside the Life of a Modern Female PM 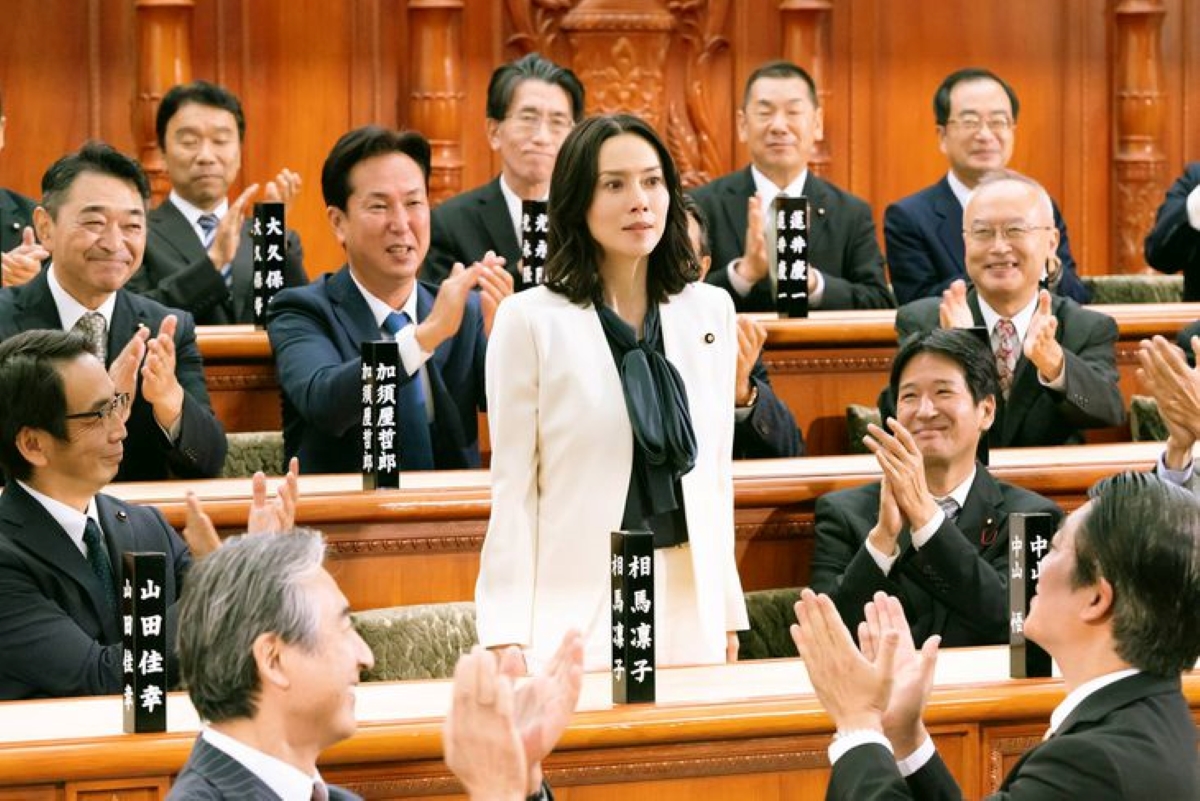 A new comedy film by Hayato Kawai, ”First Gentleman” (Japanese title Sori no Otto, 総理の夫） about Japan’s first female prime minister and her spouse was released just in time for the September 29 Liberal Democratic Party (LDP) presidential election, followed by the general national election for members of the National Diet on October 31, 2021.

We talked with the two stars of the film, actors, Kei Tanaka, who played the husband Hiyori, an expert on birds with a boyish temperament, and Miki Nakatani, who plays Rinko, the first female prime minister.

Based on Maha Harada’s best-selling novel, the movie humorously portrays a married couple in a political world full of conspiracies, but with a refreshingly positive note for the future.

The common point she found in them was “how well they managed anger at the unfair treatment of women, showing an open-mindedness, no resentment , and answering with a smile.  Instead of raising their voice,  they spoke warmly and calmly.”

Following their example, Nakatani created her own image of a female prime minister. In the film Rinko is eloquent and fashionable. She is always calm and competent, good at bargaining with heavyweight politicians.

On the other hand, her husband Hiyori, played by Tanaka, is easily swayed by his surroundings. The actor found it hard at times to remain passive ー required by his part ー while events evolved around him.

“At times the actor Kei Tanaka couldn’t help getting in the way of his role by showing his face or making uncalled for moves. It was difficult to be completely passive like Hiyori, and do nothing and stay cheerful,” Tanaka recalled.

“It’s a movie that makes you laugh, and cry, and leaves you feeling positive. I especially want women to watch it. I think we made a heartwarming movie,” said Tanaka.

For her part, Nakatani commented on the film: “It’s a movie that aims to show Rinko’s ideal society: one where, with the support of her husband, she can give birth and raise her children while being a working woman.

“It’s a movie made for entertainment, so I hope everyone will enjoy it.”

Hiyori (Kei Tanaka), is a good-natured ornithologist and a son of a big zaibatsu (financial conglomerate) family. While he is observing wild birds on an isolated island where there aren’t even mobile phone signals, his beloved wife, Rinko (Miki Nakatani), the leader of the opposition party, becomes Japan’s first female prime minister. All of a sudden,  Hiyori is thrown into the big role of the “First Gentleman.”

“First Gentleman” was released nationwide from September 23 in Japan. The film is 2 hours and 1 minute long. It is available on DVD from October 12, at this link.