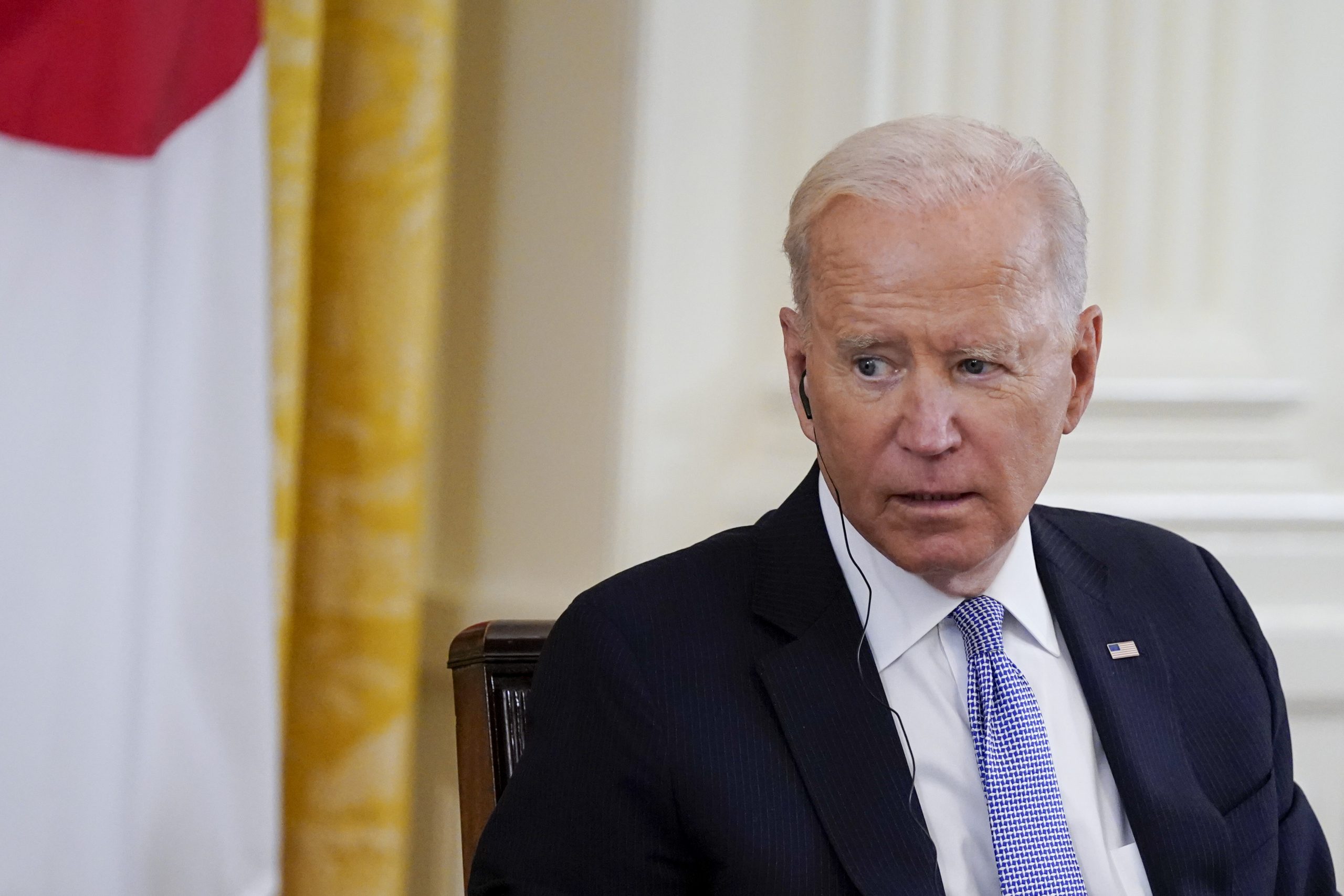 The withdrawal of U.S. troops from Afghanistan in an overly rushed near panic was a “strategic failure,” as summed up by U.S. Chairman of the Joint Chiefs of Staff General Mark Milley. His is the top post for uniformed officers in the United States military.

On the heels of the messy withdrawal, there was also the tragic mistaken U.S. drone strike into a residential area in Afghanistan, killing not a terrorist with explosives as was first assumed, but an Afghan worker for a U.S. aid group as he was loading canisters of water into the trunk of his car.

The “over the horizon” operation U.S. President Joe Biden bragged about as an effective way to wage war on terrorism from the sea suddenly proved to be extremely treacherous. The drone bombing tragedy was caused by sole dependence on aerial information, after the ground intelligence network was lost in the U.S. withdrawal.

“The Japan-U.S. alliance is the cornerstone of Japan’s diplomacy and security policies,” said Japanese Prime Minister Fumio Kishida, pledging that the basic stance of Japan’s government would remain unchanged from that of his predecessors.

Under the Biden administration, however, the “cornerstone” has been significantly shaken.

The accusation of opposition Republican lawmakers that “the credibility of the United States has hit rock-bottom” can hardly be dismissed as mere partisan criticism.

Ever since the spring of 2021, after Donald Trump stepped down as top U.S. leader, the armed forces of the Taliban had been intensifying their offensive against the Afghan government forces.

Biden, however, clung to the “political deadline” of completing withdrawal of U.S. troops from Afghanistan by the end of August. He was deaf to the calls of senior U.S. military officials, and American allies in Europe who dispatched troops to Afghanistan within the framework of the North Atlantic Treaty Organization (NATO), who called for an extension of the deadline.

Instead, he was determined to attend events marking the 20th anniversary of the September 11, 2001, al-Qaeda attacks on New York and Washington as the great U.S. president who ended the “forever war.”

The United States forces stood at a critical crossroads on July 2, when they were forced to abandon the Bagram Airfield ー the strategic hub of American operations for about two decades in Afghanistan. As the Taliban advanced toward Bagram, civilian engineers in charge of maintenance support for U.S. military aircraft left, one after another. The loss of Bagram was a terrific blow as it was superiority in air power that had given the Afghan government its military’s advantage over the Taliban.

Biden criticized the Afghan government, saying that American troops should not have to die in a war that Afghan forces were not willing to fight themselves. That argument could be viewed as a fist aimed at Japan, too.

But a counter argument has been made, with some merit, that “it was none other than Biden who drove the Afghan forces into a situation where they could not fight.”

Biden blamed the pullout on his military advisors, declaring, “They concluded that Bagram was not very valuable, and that it would be much wiser to concentrate troops on the capital, Kabul. I followed their advice.”

Meanwhile, Joint Chiefs chairman Milley has gone around making it clear that an instruction “came from the President to reduce troop levels to around 650 (from the 2,500 in Afghanistan at the end of the Trump administration), and give top priority to protection of the U.S. Embassy [in Kabul].” That instruction left no choice but to relinquish Bagram, Milley has explained, adding that he opposed it but couldn’t stop it.

Watching the President and top military leaders pass the buck, the Republican Party has intensified its pressures for the immediate resignation of “the entire Biden national security team.” That includes both Biden and Milley, as well as Secretary of Defense Lloyd Austin and National Security Adviser Jake Sullivan, for their roles in the administration’s disastrous retreat from Afghanistan.

Even from within the military, disgruntled voices have emerged, saying that the two men, Austin and Milley, “should have made their concerns clear to the President, even if it took slamming down their letters of their resignation.”

Before I forget, there is also the almost non-existent Vice President Kamala Harris, whom even the liberal media ridicules for having “no competence at all other than hiding herself away from the public.” Looking to her for a solution is therefore out of the question.

At the same time, the danger is looming large that Afghanistan will again become a safe haven for terrorists, this time with high-performance U.S.-made weapons that were left behind in large quantities. After greatly damaging the authority of the United States on the global stage, Biden’s top priority must be one of preventing another terrorist attack on American soil.

Staying In the Loop

Relations between terrorist forces are highly complicated, and unorthodox unions are not unheard of. Although al-Qaeda, a group of Sunni extremists, would normally be considered incompatible with Iran, which considers itself the leader of the Shiites, it was Teheran that hid Osama bin Laden’s wife and children. This happened while Bin Laden was moving from one place to another to escape from U.S. bombings.

Some said Iran probably had in mind holding the wife and children as a bargaining chip to turn over to the U.S. side at an opportune time in future negotiations. Eventually, however, Iran let them leave the country and live together as a family, shortly after Bin Laden found his hiding place in Pakistan.

Now that the information network built by the Central Intelligence Agency in Afghanistan has collapsed, for terror-related information the U.S. has to depend on fishy countries such as China, Russia, Pakistan, and Iran that are adjacent to and have embassies in Afghanistan. Of course, these countries don’t share information for free. They will demand rewards in return, such as the lifting of U.S. sanctions against them.

Michael Pillsbury, who served as an advisor to the U.S. Department of Defense and once supported engaging with Afghan guerrillas, said that the United States and China had entered into “a relationship like that of allies behind the scenes” in the wake of the U.S. secret war against the Soviet Union. Japan was informed of nothing about it, he went on.

Japan has no capability to carry out covert operations, while both the United States and China have institutions to do so, Pillsbury noted. This, he explained, was how the collaborative ties between Washington and Beijing were born.

Japan is destined to be kept out of the loop, unless it significantly enhances its ability to manage secrets and information warfare. Unless it does so, Japan could even find itself shocked when confronted by a “Washington-Beijing secret pact” at some time in the future.

(Read this Sankei Seiron column in Japanese at this link.)