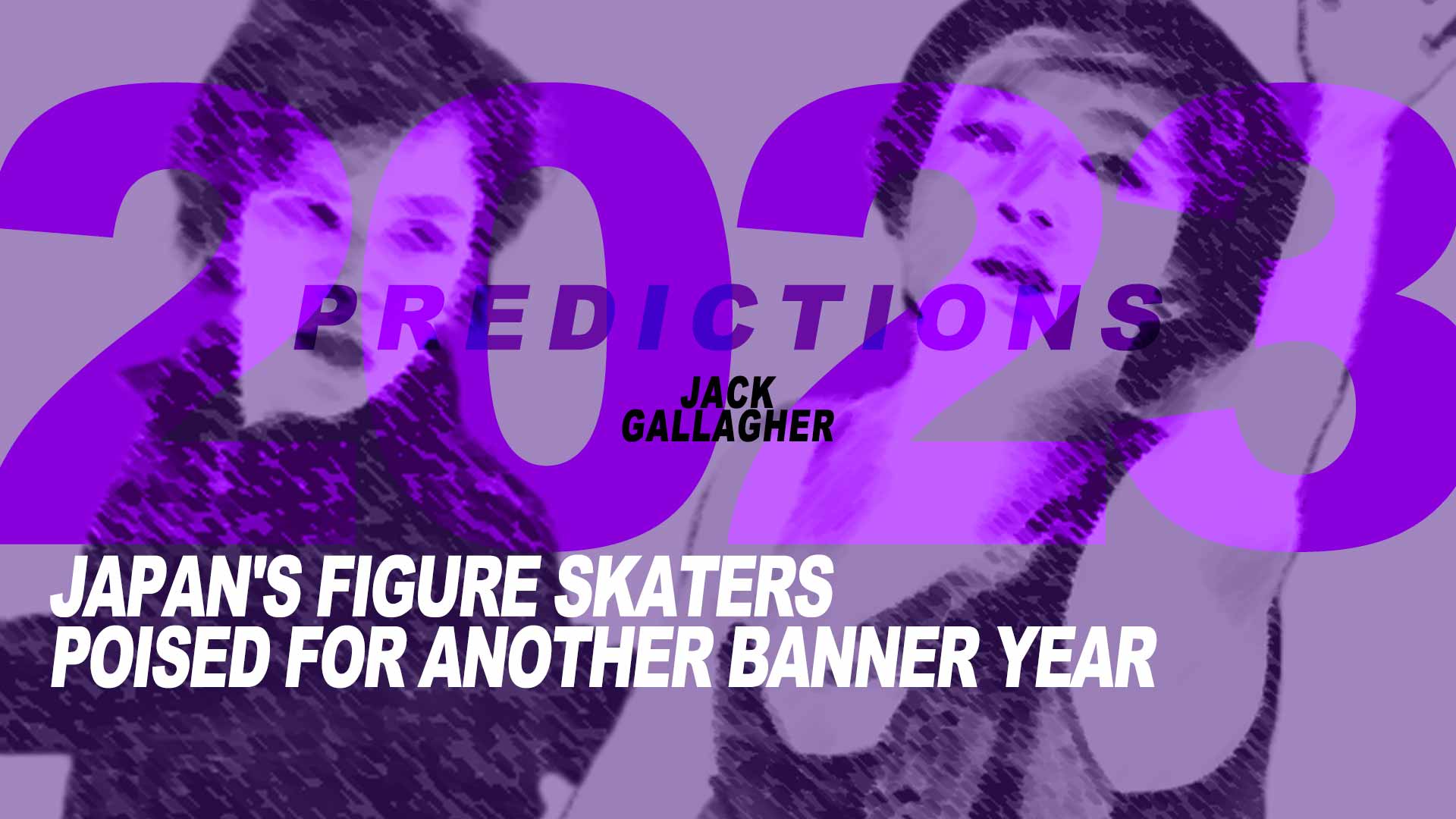 Coming off their best year ever, Japan's figure skaters head into the 2023 New Year on a roll. Predictions are that they will continue their success.

In the past 12 months, the Hinomaru won half of the singles medals at the Beijing Olympics and world championships, while also earning a team medal at the Winter Games and a pairs runner-up spot at the worlds.

World champions Shoma Uno and Kaori Sakamoto, who took home individual medals in China, are both in top form after winning national titles in December 2022 at the Japan Championships in Osaka.

Uno and Sakamoto will be favored to repeat as world titlists when Japan hosts the world championships in Saitama in March. Sota Yamamoto and Mai Mihara will both be in medal contention at the worlds after successful Grand Prix campaigns.

The pairs team of Riku Miura and Ryuichi Kihara will be favored to win their first world title after collecting the silver medal in 2022. They took home the gold medal at the Grand Prix Final in Italy in December.

The 25-year-old Uno is at the top of his game now without a true peer. He has given no indication of thinking about retiring from competition, so as long as he remains healthy, he will be adding more medals to his trophy case. With the next Olympics three years away, Uno is enjoying the here and now. He is uncertain if he will try to compete at Milan/Cortina 2026.

Yamamoto, who has been enjoying a renaissance this season, will aim to join his friend Uno on the podium at the worlds. The Osaka Prefecture native, who will turn 23 on January 10, claimed the silver medal at the GP Final this campaign in his first trip to the event.


In addition, the talent for the Japan men is deep with a trio of young stars on the rise. Yuma Kagiyama, Shun Sato and Kao Miura all head into their primes.

The 18-year-old Sato, who enjoyed a fine GP season that saw him earn two medals, came in fourth at the GP Final. He was passed over for the team for the worlds after narrowly missing the podium, finishing fourth just one point behind Kazuki Tomono, at the Japan Championships.

Sakamoto is a force on the women's side, where there are more challengers than Uno has. Her training partner Mihara will attempt to win her first medal at the worlds in 2023.

Before the worlds, Sakamoto and Mihara will participate in January's Winter World University Games in Lake Placid, New York.


Mihara is enjoying the best season of her career, having won the GP Final and both of her GP assignments.

Rinka Watanabe, who won Skate Canada and made the GP Final, has raised her game this season and shown she has potential for the future. She will be the third member of the Japan team at the worlds and will also compete at the Four Continents in February.