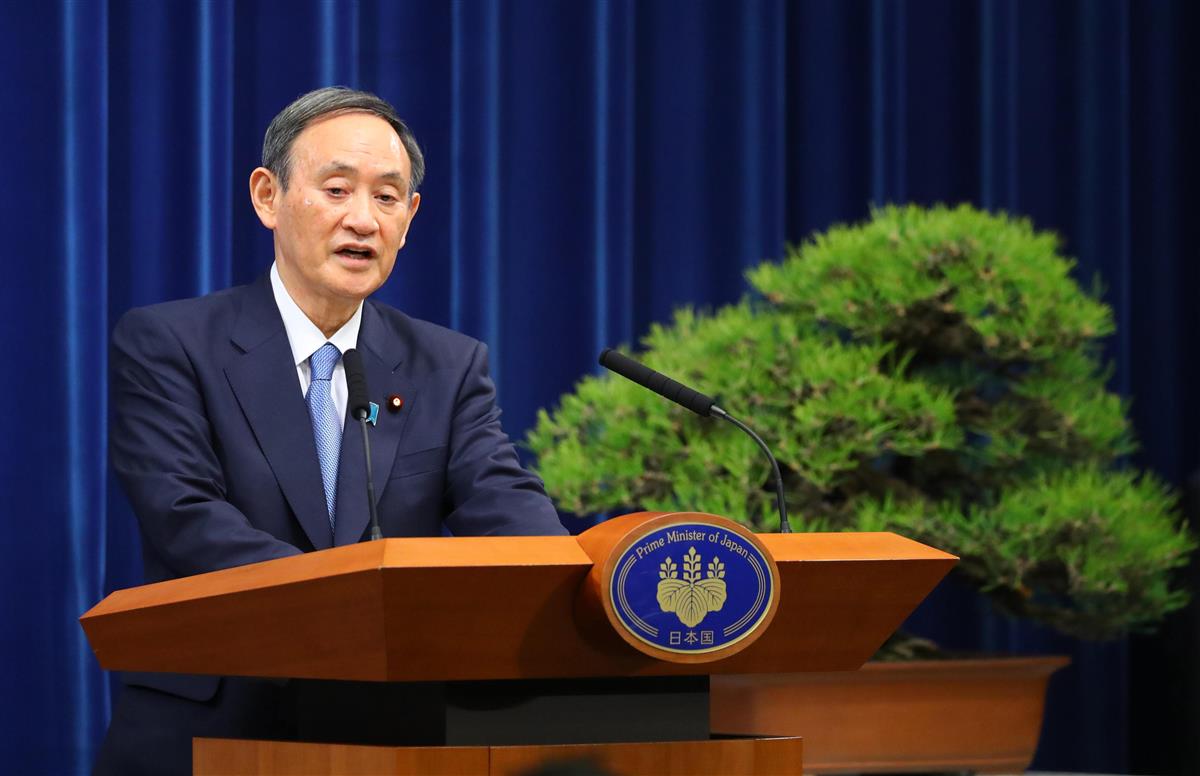 In a press conference timed for the beginning of the first National Diet session of 2021, Prime Minister Yoshihide Suga has delineated the government’s agenda for the coming year.

It’s no surprise that the central topic of conversation was COVID-19 policy. This comes as the rise of new infections is showing no signs of stopping, with Japan registering nationwide over 4,500 cases on the last day of 2020, and infections in Tokyo alone topping 1,000 for the first time ever, reaching 1,337 cases on December 31.

Prime Minister Suga confirmed his sense of urgency regarding the current rise of new infections, especially in the Tokyo area. He pointed to the behavior of people going out at night as the main cause behind more than half the new cases where the route of infection is unclear:

“Last month, the number of people going out decreased in many areas, but not in Tokyo, specifically. Experts have said one of the reasons why the route of infection in many cases is unknown has to do with people eating out, and they have called for avoiding going out in the evenings. Limiting operating hours is the most effective way to achieve this. For this reason, we have asked Tokyo and the [other three Tokyo area prefectures] to shorten the working hours to 8 P.M.”

He made it clear that with regards to the greater Tokyo area, the government needs to send “a stronger message”, adding that “as a government, we are considering whether to call a state of emergency.”

This marks the first time the prime minister has explicitly said that the government was examining this step as an option. Previously, the government’s stance has been that pinpointing business activity to limit people going out would be sufficient.

Regarding the reasons for the change, Mr. Suga explained:

“In Hokkaido and Osaka requesting businesses to shorten their hours has yielded results. In Tokyo and the three neighboring prefectures even in the first three days of the year this hasn’t been the case.Infections have stayed high, and now the infections in this area constitute half the number of cases nationally.”

The government’s process of considering the options will include seeking advice from the COVID-19 expert subcommittee, beginning with advice on the best policy to apply to restaurants and bars.

On the matter of whether and how a state of emergency would be called, Mr. Suga explained:

“From the experiences of the past year, we have learned more clearly what is a problem and what isn’t. We have learned that it’s effective to apply policies which pinpoint and are focused. [To that end], we are working to have a set of cash handouts and sanctions in place so as to work in the most effective way, which will include a proposed amendment to Japan's Infectious Diseases Prevention law to the National Diet.”

This approach is likely welcome news to the Tokyo area governors who have expressed concern about the continued rise in infections. On January 2, Tokyo Governor Yuriko Koike, together with the governors of the three neighboring prefectures of Saitama, Chiba and Kanagawa presented a request to the National government to call a state of emergency in the area.

Media reports of the day have estimated that a state of emergency for Tokyo and neighboring prefectures could come as early as the week going from January 4 to January 11.

Pushing Up Vaccinations to Start in February

Mr. Suga revealed that the government was pressing ahead for faster approval of a vaccine for the general population. The prime minister had previously said that the government would be receiving the data related to the Pfizer vaccine in Japan in February, with vaccinations to start the following month at the earliest.

He explained the change, saying: “The Japanese government has asked the American company (Pfizer) [to provide the information] and the plan is therefore to receive the first results within this month (of January). Moreover, if the efficacy and safety [of the vaccine] are confirmed, we are making preparations to start vaccinations by the second half of February.”

Mr. Suga confirmed once more, as he had in previous press conferences, that the government would push to prioritize vaccinations for the medical staff and the elderly.

The whole world is taking tougher measures to deal with the new variant of the vaccine, which has spread initially from the U.K. and South Africa.

Suga pointed out that Japan is taking steps similar to those of other countries, in particular by clamping down on business travelers.

Starting from December 28, visa holders who had not yet entered Japan were refused entry, but business travelers from countries with previous agreements with Japan were still allowed to come and go.

However, Mr. Suga said that going forward there would be tougher measures for those coming from countries where cases with the new variant of the vaccine had been confirmed.

Finally, the prime minister was also cautious about the future of the GoTo Travel campaign, the travel incentive policy which has been suspended from December 28 to January 11.