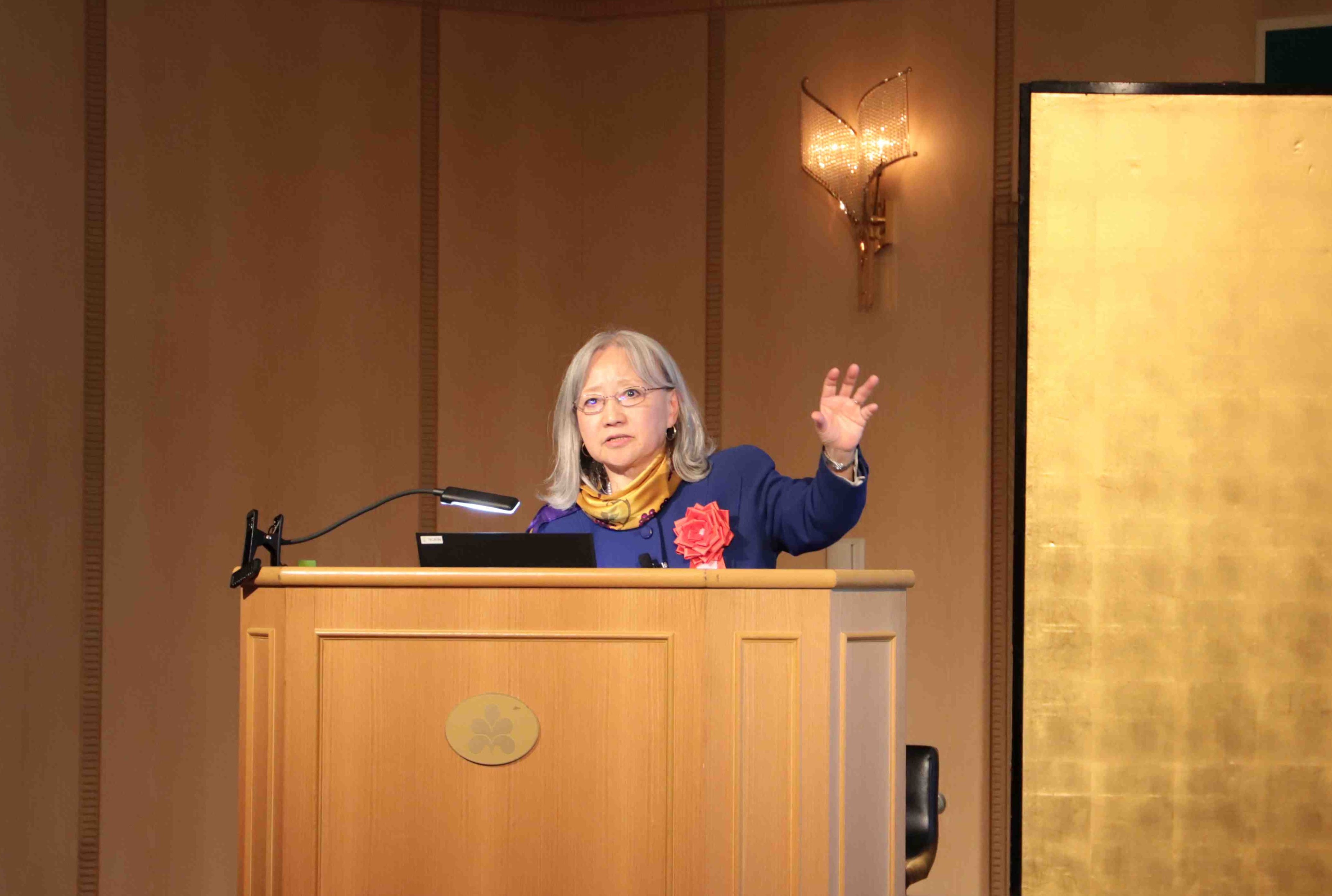 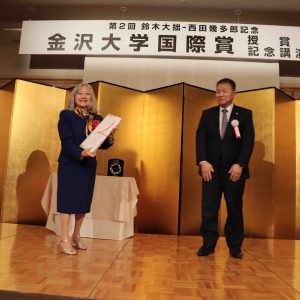 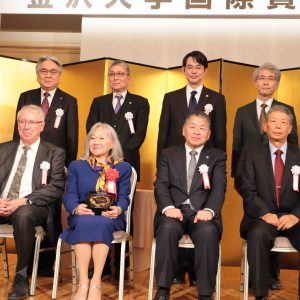 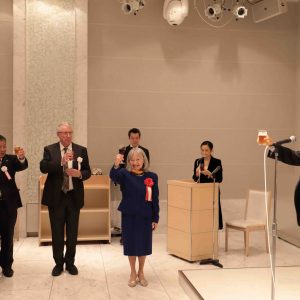 The prize was given in recognition of Yusa’s internationally prominent academic accomplishments in the study of the philosophies of Daisetz T. Suzuki and Kitaro Nishida, two of the most prominent philosophers and thinkers of modern Japan. The two outstanding figures were both associated with the city of Kanazawa, along the coast of the Sea of Japan in Ishikawa Prefecture.

The prize recognizes scholars who have achieved notable results across national borders in the realm of philosophy, thought, and religion.

The award ceremony for the 67-year-old Japanese-born professor with U.S. nationality took place at Kanazawa University on December 26, 2019. It was followed by her speech to mark the winning of the prize.

Professor Yusa is highly regarded for her extensive, in-depth studies of philosophy and the Buddhist or Zen Buddhist thoughts of Nishida (1870-1945) and Daisetz (1870-1966). She is also recognized for having introduced the two influential Kanazawa-associated figures, their ponderings and accomplishments, to a broad international audience.

In her speech accepting the prize, Professor Yusa pointed out that the lives and the views of the world of Daisetz and Nishida, who were contemporaries, “are of historical significance to the world in terms of both philosophy and religion, as they were bound by strong ties of friendship and an earnest wish for peace.”

She noted that, during the Edo period:

The spirit of peace (tenka taihei) and cultural activities open to everyone regardless of their social class characterized the Kaga region (centered around Kanazawa castle in the feudal era, in what is now the city of Kanazawa).

Professor Yusa added, “These two elements were factors commonly seen behind the Buddhist philosophies of Daisetz and Nishida.”

She then pointed out  that: “Nishida passed away in 1945, but it wasn’t until several years after his death that Nishida’s philosophy came to be known and respected in the Western world.”

Referring to the connection between Daisetz and Nishida, she added:

Daisetz deeply lamented Nishida’s untimely death and often said, ‘I should have asked more questions concerning what he was thinking about while he was still alive.’

Education and Studies Straddling Japan and the West

Professor Yusa hails from the city of Sendai in Miyagi Prefecture. A graduate of the International Christian University (ICU) in Tokyo, she completed her Ph.D. in Religious Studies at the University of California, Santa Barbara. Having obtained U.S. citizenship, she is now professor of Japanese and East Asian Studies in the College of Humanities and Social Sciences at Western Washington University.

By straddling the two different cultural backgrounds of Japan and the United States, Professor Yusa has achieved international success based on fruits of her studies focused on a range of research into Nishida’s philosophy and Zen Buddhism.

Why the Prize Honors Daisetz Suzuki and Kitaro Nishida 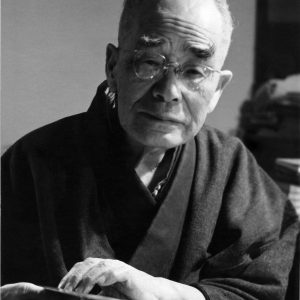 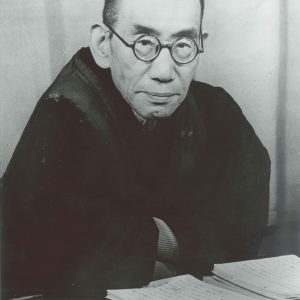 Daisetz and Nishida were both graduates of Kanazawa University, which is the successor of several 19th century institutions, including the Fourth Higher School, built in Kanazawa under Japan’s former education system.

Kanazawa University founded the Kanazawa University International Award (“KUI Award”) in 2018, in commemoration of Daisetz T. Suzuki and Kitaro Nishida. Recipients are selected with a view to paying tribute to the two figures whose achievements are of worldwide significance in the field of philosophy,

Dr. Mitsuru Usui, a graduate of Kanazawa University’s Department of Medicine and someone who has contributed actively to founding the award, explained the significance of the KUI Award to those present at the ceremony:

People of the world are now in a quagmire because of whirlpools due to the clash of civilizations. What roles can the civilization of Japan play in an effort to resolve this crisis? What should be brought to mind in this connection, I believe, is the “Seventeen-article Constitution” established in early seventh century by Shotokutaishi, known in the West as Prince Shotoku.

Prince Shotoku imported Buddhism from China, building a foundation that has made Japan the world’s greatest Buddhist country. But he witnessed heavy clashes between forces in favor of introducing new cultures from overseas and those championing the wisdom of maintaining indigenous religious beliefs. So, the Prince wrote a provision into the Seventeen-article Constitution in the year 604, stipulating, “Wa shall be deemed as the greatest of values.” Thus, he formulated the groundwork for Japanese society today, where Shinto religion and Buddhism coexist.

The term of “Wa” in the 1,400-year-old constitution should be considered to mean “tolerance” rather than “harmony,” according to Professor Emeritus Sukehiro Hirakawa of the University of Tokyo. Professor Hirakawa stated that the article, when put into English, should read something like “Tolerance is to be valued.”

Daisetz, for his part, would say the secret to life “lies in showing an attitude of forgiveness to others, that is, tolerance.”

The views of religion and philosophy advocated by Daisetz Suzuki and Kitaro Nishida are filled with wisdom helpful for tackling the crisis faced by humankind in the clashes of civilizations. I believe it is the KUI Award’s mission to convey this message worldwide.

Sending a Steady Message to the World

Girard’s work in the field has continued after receiving the KUI award. Currently he is translating into French the entire 87 volumes of Shobogenzo, written by Dogen, the Zen priest who founded the Soto sect of Zen Buddhism in the 13th century. Prior to his retirement, he was the permanent director of the Japanese Studies Department of the Institute of Oriental Studies of France and a trustee of Toyo University’s International Research Center for Philosophy.

Kanazawa University’s selection conveys a philosophical helping hand extended by the work of Professor Yusa and her predecessor, Mr. Girard. The choices have created great interest in how their work can help the global community tackle looming problems over the coming years and who will follow in their footsteps as the next KUI Award recipients.