Promoting Women in the Ranks of the Tokyo Metropolitan Police 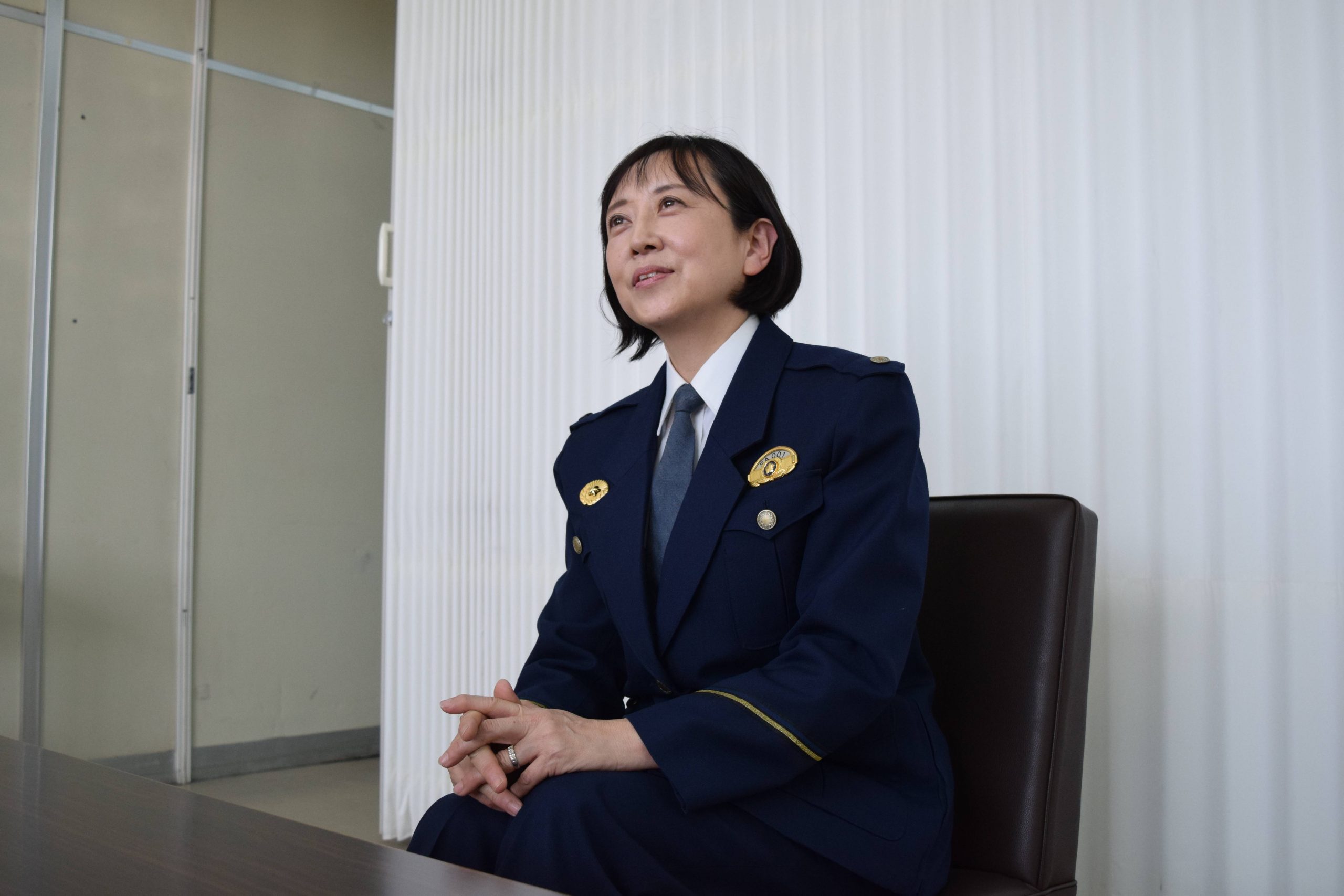 The job of the police once used to be described with the three”k’s. These stood for kitsui, kitanai, kiken or ”hard, dirty, and dangerous,” including potentially life-threatening situations. And the conventional wisdom was that women had some physical disadvantages compared to their male counterparts.

Still, the role of women in the police is growing. And the TMPD has set a target to increase the number of women to more than 12% of all staff and 4% of all manager level ranks by the end of 2025.

Taking Advantage Of a Woman’s Perspective

As she sees it, “a workplace where women can work easily will also be a workplace that is easy for men to work in.”

As senior superintendent, she is part of the management team of the large TMPD police and civilian staff -which includes police stations throughout the metropolitan area- and the chief of one of the largest police offices in Tokyo. The superintendent-general (equivalent to police commissioner in some large Western cities) heads the Tokyo Metropolitan Police Department.

Separately, the Commissioner General of the National Police Agency (NPA) is the highest ranking police officer of Japan, but is regarded as an exception to the regular structure of ranks and positions.

Initially, female police officers who entered the force were often assigned to the Traffic Division and put in charge of traffic control, or the Life Safety Division, which has jurisdiction over work related to women and children. In 1983, Suzuki, who graduated from the Police Academy, was assigned to the Traffic Division at Ikegami Station in Tokyo’s Ota ward. “There were really few female police officers, and I didn’t think they would increase so much. Now women are assigned to a variety of departments,” recalled Suzuki, comparing the early days to the opportunities now.

In 2013 she became the first leader of the Project to Advance the Participation of Women, which was launched by the Metropolitan Police Department. Under this plan, female managers are designated as “career advisors” to support the career prospects of their junior counterparts, including lectures based on their own experience. In addition, she participated in the Metropolitan Police Department Mentor program, in which experienced senior members of the force mentor and advise juniors in solving their problems.

Suzuki is also married to a police officer and has raised two daughters. “It was hard work, but looking back, they are good memories,” she said with a smile. At the same time, she pointed out that women have to take maternity leave and are therefore less inclined than men to seek promotion. “I want the younger generation to make use of the attributes that are unique to women, such as empathy and attention to detail, and their unique perspectives and ideas in their work,” she said.

Women in the Police Force ー It Started with War Orphans

The Tokyo Metropolitan Police Department was the first police department in Japan to hire female police officers. As of April 1, 2020, women accounted for 10.2% of the TMPD’s approximately 40,000 police officers. At the leadership level, 3.6% are inspectors, mostly in acting section chiefs, responsible for supervising subordinates, while 3.0% are police chiefs or assistant police chiefs.

However, it started in 1946, amidst the social turmoil shortly after the end of World War II. “Madam police officers” were recruited for crime prevention involving children, protection of children orphaned during the war, and crackdown on crimes involving women.

At that time, there were 1,673 applicants for 65 positions, 25 times more than the prescribed number, and sixty-three were hired as first-year recruits. More women were hired throughout the country after that, and by the end of fiscal year 1947, 1,844 women were working for police forces in 16 prefectures.

Advancing Women Beyond the Police

On the other hand, the percentage of women in managerial positions in workplaces employing more than 100 workers has lagged. Only 11.4% of women were section chiefs, and 6.9%, department heads. In the TMPD, women accounted for only 2.9% of managers as of April 1, 2020.

As part of an effort to change direction, the department has launched the Women’s Active Participation Promotion Project to promote employee awareness and create a workplace environment where women can work and advance comfortably.

Suzuki explained the vision she has for her job as senior superintendent and head of the Ueno Police Station, a large-scale police station with jurisdiction over Ueno Station, its museums, neighboring Ameyokocho (a busy shopping street) and Akihabara, known for its electronics retailers.

“We want to create a safe and secure city in Ueno in an effort to meet people’s expectations,” Suzuki said, while also looking forward to her new position with renewed enthusiasm.