[Speaking Out] The U.S.-Uniqlo Case is a Warning for Japan’s Human Rights Policy 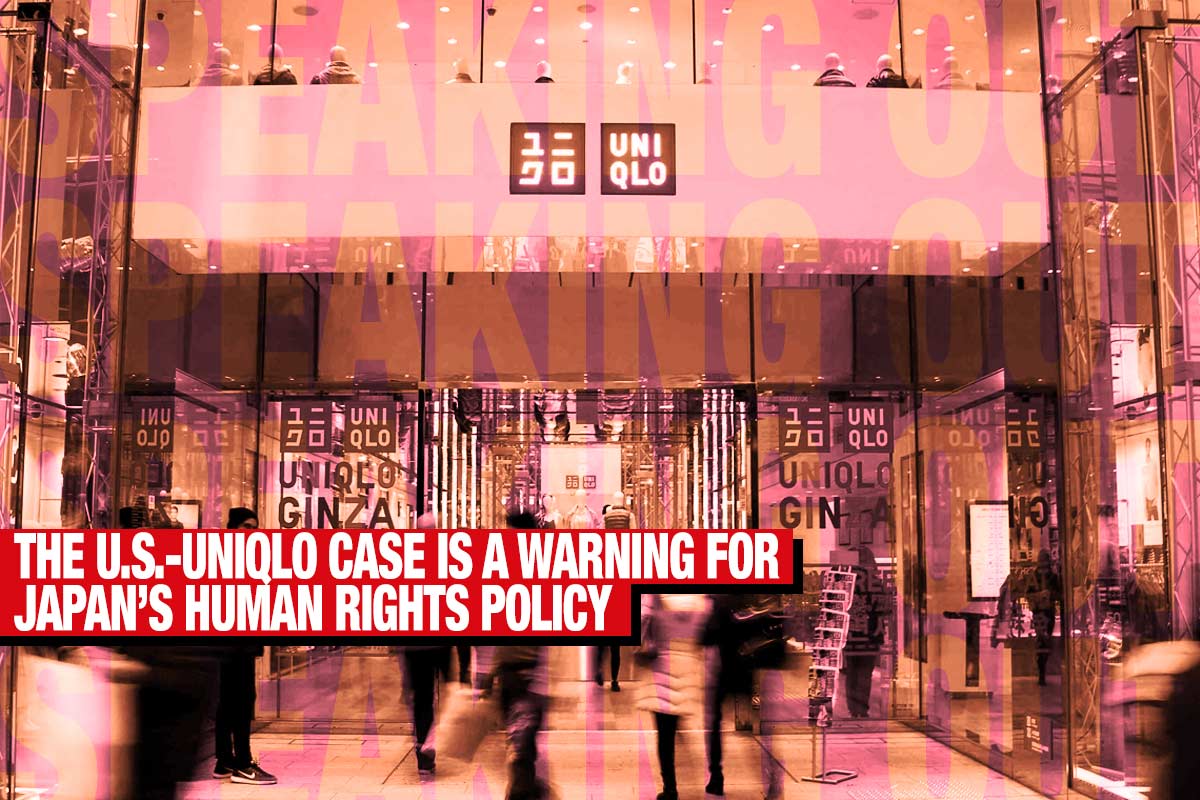 On May 10, the U.S. Customs and Border Protection agency said it was blocking Fast Retailing Company’s Uniqlo brand shirts from entering the United States on concerns they violate a ban on cotton products produced in China’s Xinjiang Uyghur autonomous region, where forced labor has been reported. The case indicates Japanese companies face serious risks due to Western countries’ confrontation with China over its human rights abuses.

The trade ministers of the Group of Seven (G7) industrial democracies held meetings on May 27 and 28 via videoconference. Britain, this year’s G7 chair, planned to discuss the issue of forced labor. It was expected to resonate with the positions of U.S. Trade  Representative Katherine Tai, who has expressed priority for the China human rights issue.

Japan may become isolated because of its hesitancy to impose sanctions on China.

The U.S. Customs agency published the blocking of Uniqlo shirt imports ahead of the G7 meeting.

The Japanese government should not remain hesitant over the human rights issues. Western countries are developing laws to require business enterprises to conduct “human rights due diligence,” to check procurement source risks of human rights abuse.

Japan’s relevant measures have been limited to the preparation of guidelines for companies regarding human rights abuse risks, leaving them to voluntarily decide what to do. This represents a poor showing.

Questioned on the Uniqlo incident, Chief Cabinet Secretary Katsunobu Kato said the government would respond appropriately to ensure legitimate business practices [are engaged in]. The problem is how to do so.

Corporate freedom to pursue its business activities can be restricted in the name of human rights. The problem is how to prevent it from being arbitrary.

Japan has had its own bitter experience regarding business activities restricted in the name of national security. In 1987, Toshiba Machine Co. was alleged to have violated regulations of the COCOM (Coordinating Committee for Multilateral Export Controls, directed at exports to Communist countries). The company’s machine tool exported to the then- Soviet Union was suspected of having been used to reduce submarine screw sounds.

It is difficult to check whether exported goods would eventually be used for military purposes. As Japan lacks intelligence capabilities, it has no way to rebut such suspicions.

Japan must have measures to protect Japanese companies from the arbitrary application of foreign countries’ business restrictions. One way to do so is to obtain an importer’s pledge not to use imported goods for military purposes. This may be nothing more than a comfort. But at the very least a country like Japan should agree on a defined set of rules for private companies doing international business, to make it easier to file protests if problems arise.

The same applies to human rights cases. It may be almost impossible to check whether the shirts in question were made using forced labor. That’s why the government should aggressively propose common international rules that business enterprises should comply with.

In March 2020, the Australian Strategic Policy Institute published a list of 83 companies suspected of having been involved in deals related to forced labor of Uyghurs, including 14 Japanese firms. The Japanese companies’ responses were  mixed.

Some conducted investigations or audits into the business connections. Others irrationally produced no response to the enquiry.

At most Japanese companies, those in charge of corporate social responsibility or the procurement divisions are left to make such responses. Only a few companies have held top executive officers responsible for such responses or required these responses to be reported to the board of directors.

However, the human rights problem within the context of the U.S.-China conflict is unprecedented and threatens to shake corporate management.

Japanese companies are now sandwiched between the West and China, where they may encounter boycotts by the giant market. It is incumbent on these business enterprises to undertake a fundamental reform of their human rights risk management regime.

(A version of this article was first published by the Japan Institute for National Fundamentals, Speaking Out #795 in Japanese on May 24, 2021.)

Masahiko Hosokawa is a professor at Meisei University and a former director general of the Trade Control Department at Japan’s Ministry of Economy, Trade and  Industry. He is also a Planning Committee member at the Japan Institute for  National Fundamentals.