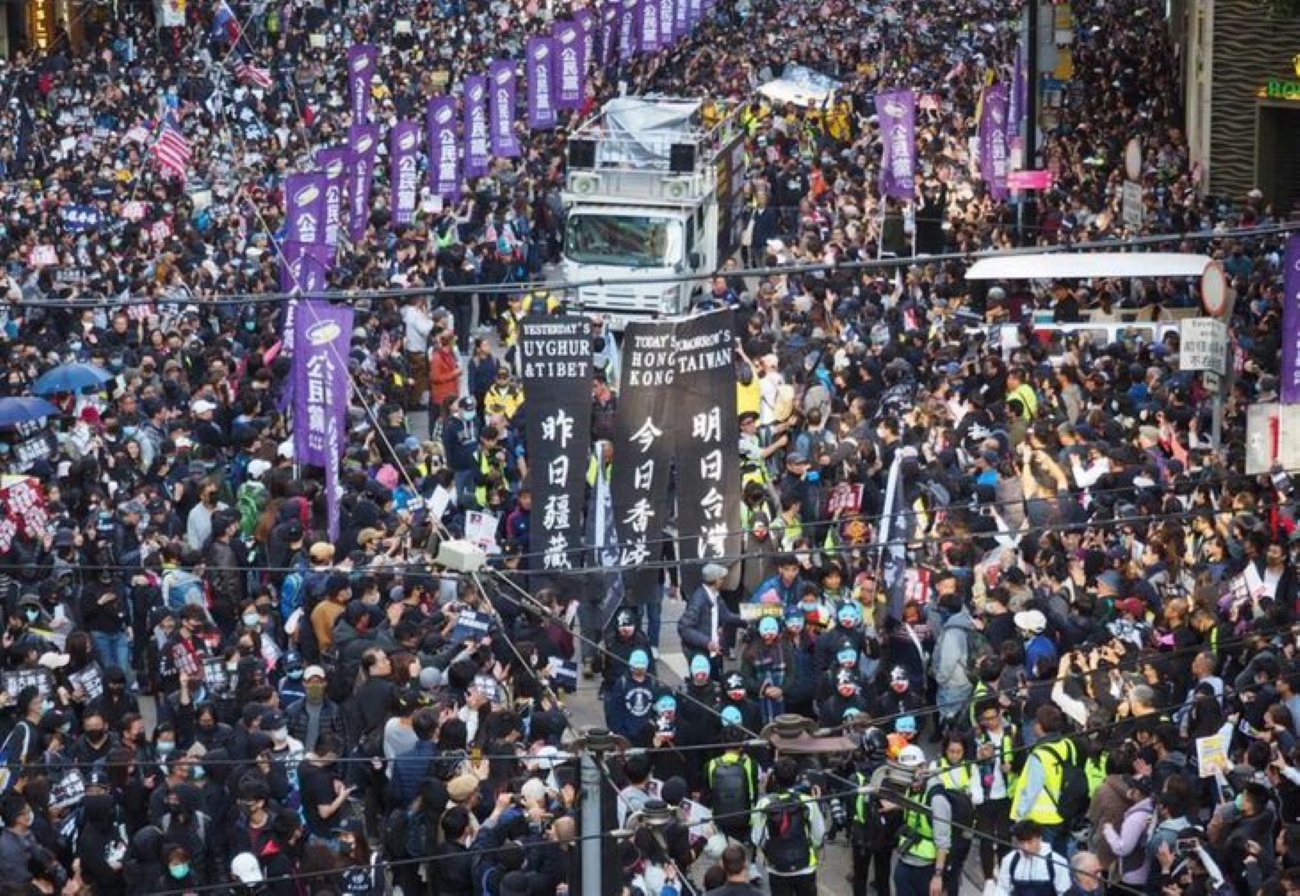 A Hong Kong documentary film banned by the Chinese government premiered in Tokyo on November 7. Revolution of Our Times (時代革命) chronicles the massive street protests that gripped Hong Kong in 2019.

The film, whose title comes from the 2019 protest slogan “Liberate Hong Kong, Revolution of Our Times” (光復香港，時代革命), has become known worldwide due to its surprise screening at the Cannes International Film Festival in mid-July 2021.

This documentary follows the protests against the 2019 Hong Kong extradition bill, which allows the delivery of accused to mainland China. As more civil liberties were eroded, the protests transformed into anti-government protests, anti-China protests, and demands for Hong Kong independence. The names of the people involved in the production have not been disclosed, except for Hong Kong director Kiwi Chow.

After enforcement of the Hong Kong National Security Law began at the end of June 2020, Hong Kong citizens were unable to freely criticize the Hong Kong government or Chinese authorities. Then, in October 2021, a bill was passed amending the ordinance, and allowing the banning of movies containing content deemed to threaten national security.

The screening this time was a special showing on the final day of the Tokyo Filmex international film festival. The 700-seat venue was full, even though it had not been announced until the day before due to concerns about Chinese sabotage.

The film shows footage of the demonstrators rushing into the Hong Kong parliament, turbulent battling on college campuses with Molotov cocktails and tear gas, and police violence in suppressing the demonstrators.

Through the testimony of the brave youth who fought at the frontline, and the emergency volunteers and ordinary citizens working hard to bring the brave out of the battlefield, it becomes clear how the leaderless demonstrations were organized, and how they were gradually hunted down. Some young demonstrators fled to Taiwan, immersed in bitterness.

Towards the end of the movie, sobbing voices could be heard in the theater.  I was interviewing in Hong Kong at that time and the memories flooded back so that I found myself unable to look at the scenes.

A Hong Kong woman sitting next to me was weeping by the end of the movie. The woman, who is in her 30s and now works in Japan, was in Hong Kong and was involved in the 2019 protests.

“I was able to feel the emotional conflict of Hong Kongers. Young children have been given severe court sentences, and I feel guilty for living safely in Japan,” the woman added.

At the end of the film, applause arose from the audience. A Japanese housewife in her 40s said: “In the same age we are living in, there are young people fighting and suffering like that. We should protect our freedom and democracy.”

When we were leaving after the screening, I noticed that the Hong Kong woman’s hand was shaking. “I felt as though I was reliving the horror of those days,” she said.

It reminded me of this story I heard from a Hong Konger who immigrated to the United Kingdom in 2020: “On a holiday night when many fireworks were set off and people were celebrating, I felt panicked. The echo of the fireworks as they launched and the firing of tear gas rounds sound so similar.”

Many demonstrators suffered from post-traumatic stress disorder. The “Revolution of Our Times” is not yet over.

Find other essays by the author on Hong Kong and the democracy demonstrations at this link.