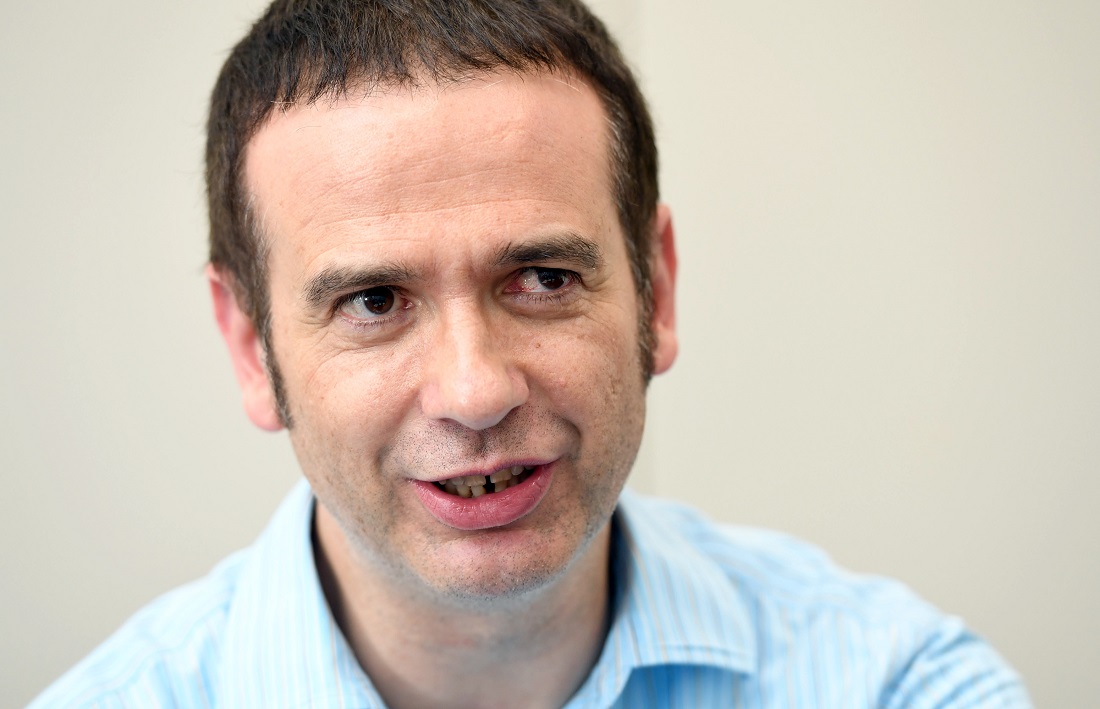 Before a packed auditorium on the afternoon of July 4, Chuo University professor Robert Morton delivered a lecture as part of his being honored with the fifth Kokkiken Japan Study Award. The award is presented annually by the Japan Institute for National Fundamentals (JINF), a Tokyo think tank headed by author, analyst, and public intellectual Yoshiko Sakurai.

Morton received this year’s award for his book A.B. Mitford and the Birth of Japan as a Modern Nation-State: Letters Home (Renaissance, 2017).

Algernon Bertram Freeman-Mitford (1837-1916) was a British diplomat who was posted to Japan from 1866 to 1870, during the tumultuous years of the Meiji Restoration. Working with Ernest Satow (1843-1929), Mitford eschewed the typical British aloofness toward the local population and cultivated not only a proficiency in Japanese but also a respect for Japanese customs and culture.

Morton’s work on Mitford grew out of a much broader interest in Victorian England. He has written other scholarly pieces on other leading Victorian figures, such as the Duke of Wellington, William Gladstone, and Benjamin Disraeli.

But Morton’s work is significant in another important way. This year’s Kokkiken Japan Study Award not only marks the fifth in the series, but also the 150th year since the Meiji Restoration, “the birth of Japan as a modern nation-state.”

As JINF board director Hironobu Ishikawa remarked in his announcement of this year's award, “[Professor Morton’s] book describes Japan’s rapid changes toward a modern state as seen from a British diplomat who stayed in Japan around the time of the Meiji Restoration in 1868 [and so] befits this year marking the 150th anniversary of the Restoration.”

Morton also highlights the significance of the Meiji sesquicentennial:

I’m particularly pleased to be receiving the award in 2018, with this year marking the 150th anniversary of the Meiji Restoration. This is the central event in my book, and probably in Japanese history. We can’t study it too much, I think—there are so many points from which to view it, each of them revealing new insights.

One hundred and fifty years after Japan underwent the turmoil of shifting its form of government under the constant pressure of foreign presence, in Japan today there is an interest in the subject of Morton’s study that goes far beyond the numerical significance of the anniversary year. For example, Morton is careful to show that A.B. Mitford tried to understand Japan on its own terms, and not using Western prejudices as his standard of evaluation.

Although Mitford’s “view of Japan was, of course, greatly colored by his background,” Morton says, “Japan brought out his compassion for the downtrodden. It also made him realize that Western influence was not necessarily good for a culture as tradition-bound and sophisticated as Japan’s. [Mitford] had the freshness of an outsider but quickly learned that it was fatally easy to make foolish observations about Japan based on ignorance of its ways.”

For all of his good intentions, however, Mitford came to realize how difficult it was to translate knowledge about a foreign country into intelligence comprehensible to people at home. On his return to England, for example, Mitford was asked by the famous musical duo W.S. Gilbert and Arthur Sullivan to help with a song for their play, The Mikado. Mitford obliged, and the traditional tune that accompanies the mikado’s entrance was the same one that Mitford, in slightly modified form, taught to Gilbert and Sullivan. But while The Mikado was meant to be a satire of British politics, it is best known today for its comically overdrawn characters and its signal failure to avoid engaging in the broadest of stereotypes.

In that sense, Mitford’s work continues, as does that of the Meiji Restoration.