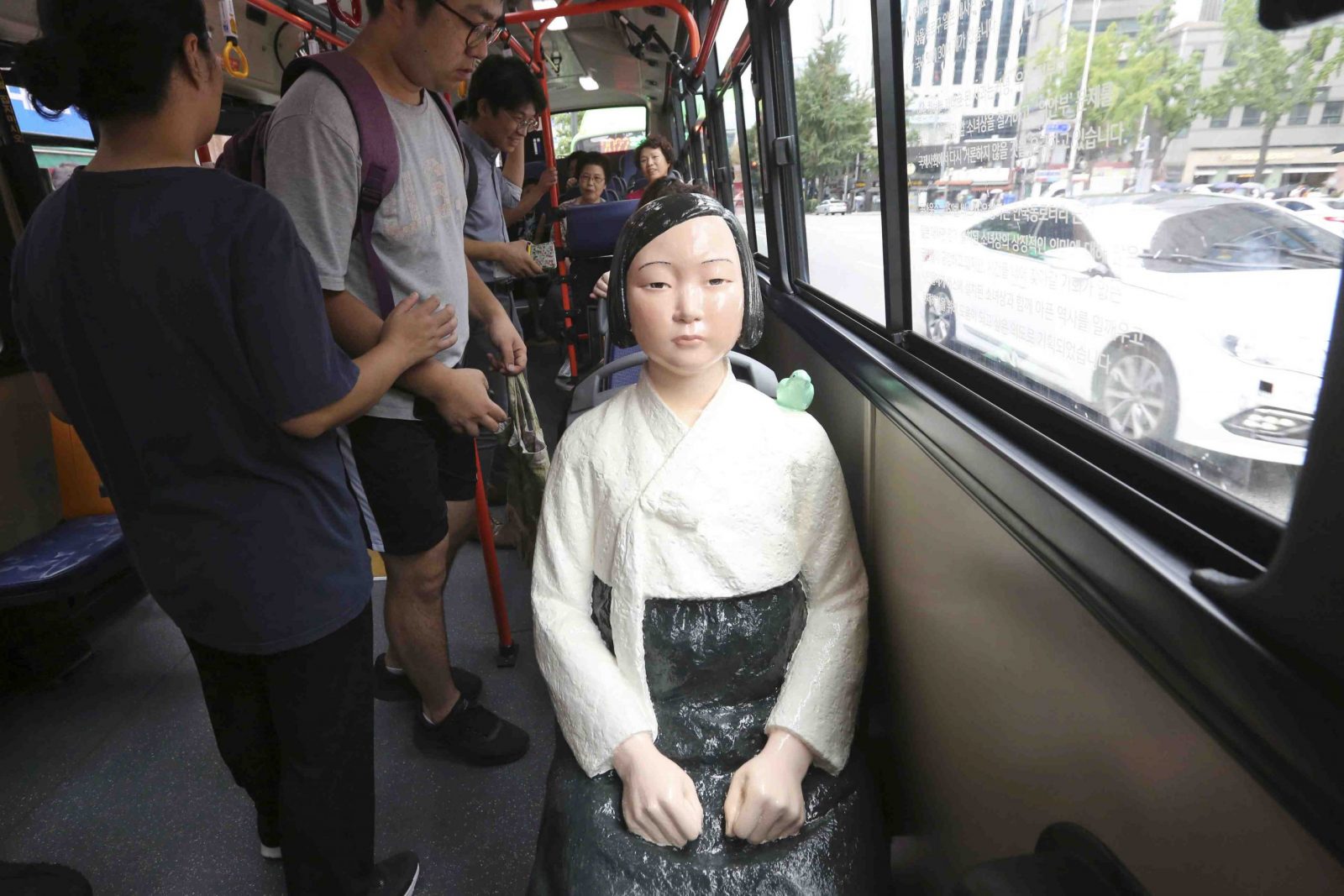 The recruitment of Korean women for comfort stations is mired in controversy. World War II records of Allied Forces indicate comfort stations were supervised but not operated by the Imperial Japanese Forces.

Comfort stations were civilian-operated establishments. Report No. 49 (Office of War Information, Psychological Warfare Team, Report No. 49, dated Oct 1, 1945) describes comfort women as prostitutes. While there is no mention of forceful abduction, the report implies some women may have been tricked into prostitution.

ATIS (Allied Translator/Interpreter Section) Report No. 120, “Amenities in the Japanese Armed Forces,” dated November 15, 1945, provides an extract of the interrogation of a Korean civilian comfort station owner in Burma.  There is no indication that there was any misleading of the women as to the nature of the work:

The statement of a prisoner of war, who was a brothel owner in Burma, and several lists of brothel regulations which have been captured in South West Pacific Area, indicate that brothels are privately owned but under military supervision.

Prisoner of war purchased 22 Korean girls, paying their families from 300 to 1,000 yen (average monthly wage of a female factory worker in Japan was ¥20 JPY per month), according to the personality, looks and age of the girls. These girls were from 19 to 31…. Every “comfort girl” was employed on the following contract conditions. She received fifty percent of her own gross takings, and was provided with free passage, free food and medical treatment…. When a girl is able to repay the sum of money paid to her family, plus interest, she should be provided with a free return passage to Korea, and then considered free.”

While the explanation given above provides a general understanding of how comfort women were recruited, it omits details and raises questions as to how seemingly easy and quickly 22 women were assembled.

A detailed explanation on recruiting of comfort women is provided by a former Japanese soldier, who was curious and investigated precisely how Korean comfort women were being recruited. American Soldiers Witnessed Korean Comfort Women – ‘Flowers of the War’ by Koichi Mera and Kiyoshi Hosoya (independently published, January 28, 2020, pages 85-97). The book is a translation of only the articles related to comfort women from the monthly newsletters with articles covering the controversial issue published by the Research Institute for Showa History between 1998 and 2003.

One statement to note is that by Asakichi Sumita, former military engineer with the 6th Division (China), Imperial Japanese Army. According to Sumita, Korean women were recruited as comfort women by a Korean organization referred to as “Zegen”:

To buy young women, there was a network of Zegen (pimps) throughout the Korean Peninsula. The family handed over a young woman in exchange for a sum of money, and then the woman was handed over to the manager of a comfort house.

Other comments by the same source quote an interview with a Korean comfort woman. The recruiting organization known as Zegen would:

Undertake a detailed survey of family situations to identify the needy families in each village and the amount of debt…. The debt was added to the total price…. The debt had to be paid off by the woman sold…. If someone other than Zegen ever transacted in women and [was] discovered by Zegen, it is unfathomable what would happen to that person. I never heard of any ordinary person transacted in women.

The organization, Zegen, would sell the women’s contract to the comfort house operator and assist in placing the operator in a Japanese military’s jurisdiction. Zegen was not controlled by Japanese authorities nor did it operate comfort houses.

The only case uncovered by the United States involved two local women who were pressured into prostitution by a Japanese civilian. The individual was not connected to the Japanese military nor government. (U.S. Pacific Command and Pacific Fleet, U.S. Military Commission Order No. 11, date unknown)

In addition to the Allied military Report No. 49 and Report No. 120, which reports on comfort women in Burma, there is a study commissioned by the Dutch government in 1993, the Bart van Poelgeest Report, which provides a comprehensive report on the recruitment for prostitution in the Dutch East Indies (Indonesia). A short extract of the report is provided:

In practice, it was the local commander who had to draw up regulations on the establishment of military brothels in their territory. The chief of staff of the 16th army (which controlled Java)…decided that a license was required…. A license was issued only if certain conditions were met…. A further precondition was that the women working in the brothels had to do so voluntarily…a license would only be issued if the women involved signed a statement to the effect that they were providing their service voluntarily….

There were about half a dozen cases of forced recruitment in the Dutch East Indies. One involved the illegal recruitment of Dutch women, which was uncovered by an inspecting Japanese military officer and reported to higher headquarters. The comfort station was shut down and the women released. There were no reported comfort women war crimes trials in the Australian area of operation. No other Allied wartime military records of persecution of the Japanese military for illegal recruitment of comfort women could be found.

Japanese military organizations established the rules under which comfort women would be allowed to do business in their jurisdiction, but were not involved with operating comfort houses or in the recruitment of comfort women. The organized recruitment of Korean comfort women by Zegen is revealing. Zegen was neither controlled by nor under the supervision of Japanese authorities.

Find other articles by the author, including those related to the history of the Pacific War, at this link.

(Articles on the comfort women issue by other authors from a variety of perspectives at this link.)