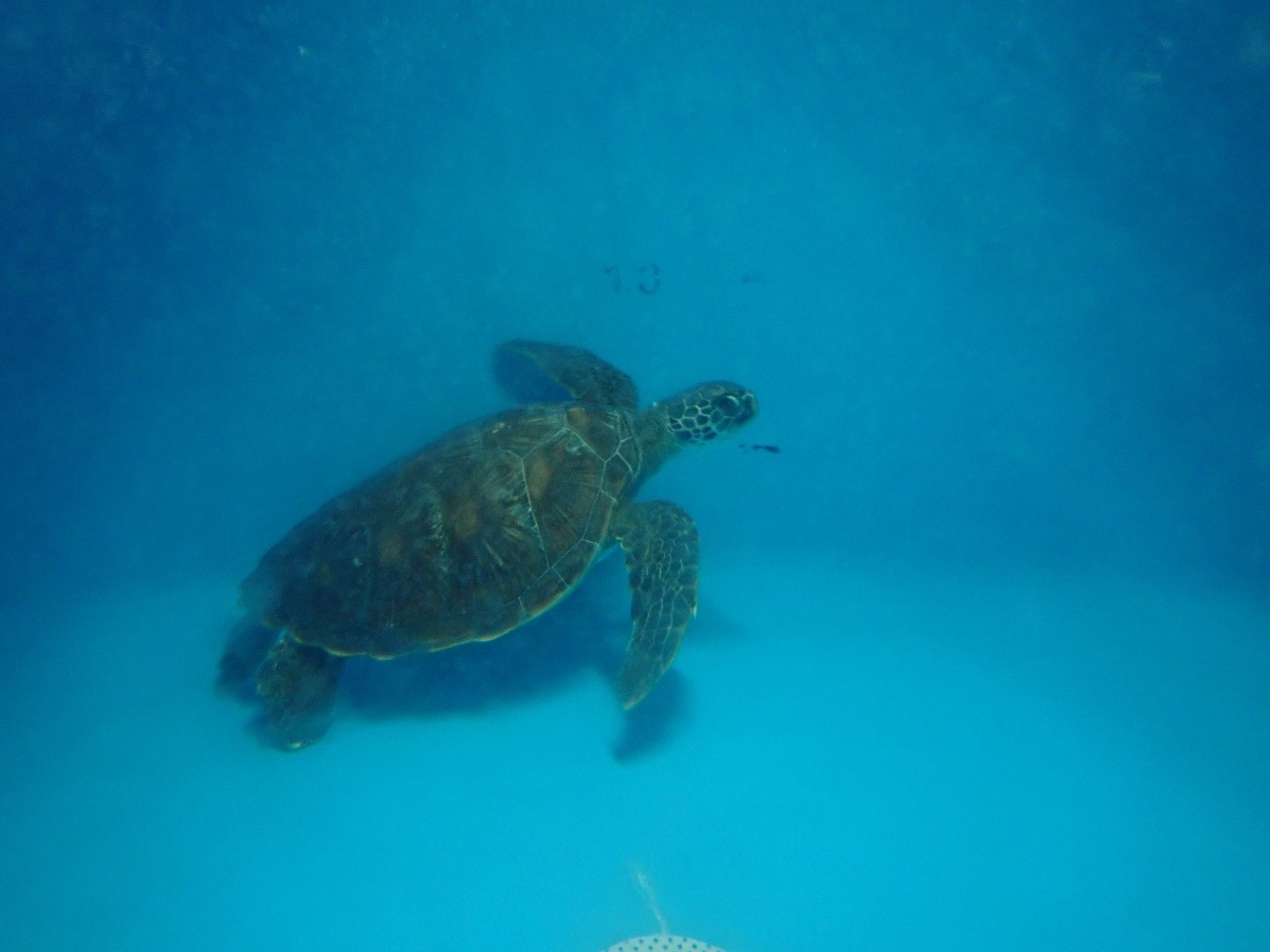 In November of 2020, a green sea turtle (carapace length around 44 centimeters) that strayed into a fixed netwas rescued by the Iburi Center and was transferred to the Kaiyukan Aquarium for care and study.

The Iburi Center is the Osaka Kaiyukan Acquarium’s research institute, located in Kochi Prefecture’s Tosashimizu City, where the town borders the Pacific Ocean.

With help from local fishermen, the center mainly conducts ecological studies of whale sharks through learning about their migratory situation or keeping them in the aquarium tanks. However, we also do surveys, rescues and breeding research of sea turtles that inhabit the area.

In this case, the rescued green sea turtle raised concern when it would not eat for a full 20 days after being transferred to the aquarium. Then one day, plastic waste was found at the bottom of the water tank. It had been discharged from the green sea turtle and apparently had been stuck in its digestive tract.

After that, the turtle continued to discharge plastic waste every one to two days for a total of 16 days, during which time it would not eat at all.

The discharged waste consisted of plastic shopping bags, food packaging containers, pieces of agricultural sheeting, and other plastics. In this case, the volume of plastics was just astounding.

The rescued green turtle has since recovered and is now in good health. It no longer has any foreign objects inside its digestive tract, according to the results of various tests, such as x-rays, and it has stopped discharging plastic waste.

Rescued twice ー from the fish net and then the floating plastics ー it is now eating well and living a healthy life at the Kaiyukan, with sound sleep and regular bowel movements.

Check this link to learn more about the Kaiyukan, its programs, research activities and exhibits. This article is part of a series. In each installment, Aquarium keepers will introduce episodes related to the living creatures that live at the Kaiyukan Aquarium in Osaka’s Minato Ward.