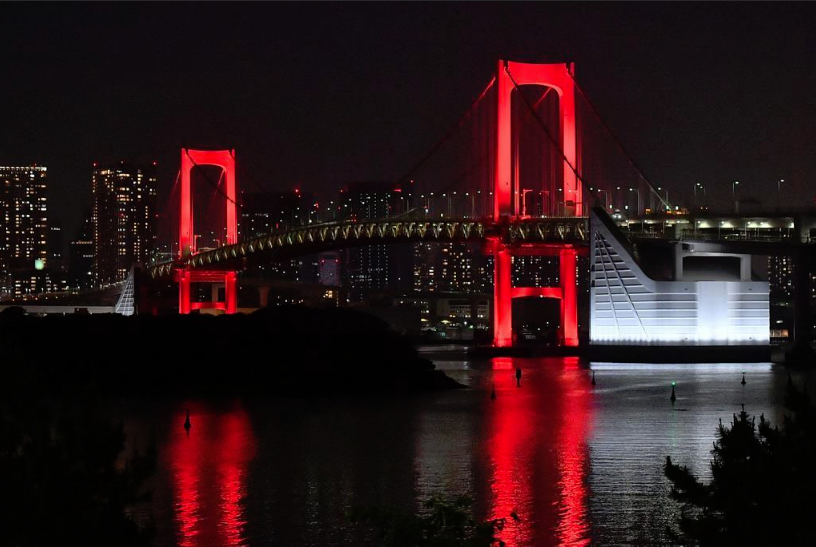 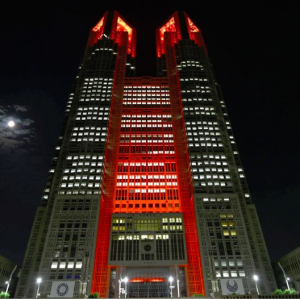 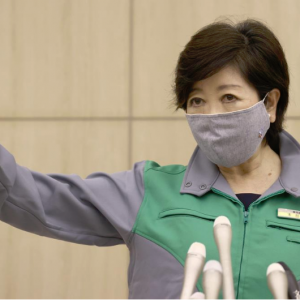 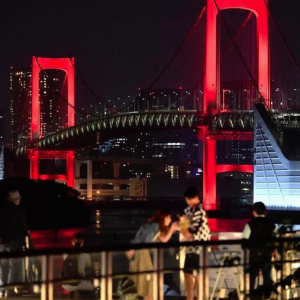 Like many countries around the world, Japan has released citizens from the state of emergency it had imposed to fight COVID-19. Most of the population had worked from home and avoided traveling and going out since early April, but gradually cities around the country have been coming back to a new normal.

On Monday, June 1, it was largely business as usual in most cities in Japan. For the first time in three months, museums, such as the Tokyo National Gallery, opened to the public.

However, not everything went smoothly.

On June 2, Tokyo Governor Yuriko Koike reported 34 new cases of COVID-19 in the city, the highest in 19 days. The governor of Japan’s largest metropolitan area then called a “Tokyo Alert,”  ordering the Tokyo Metropolitan Building and the Rainbow Bridge to be lit up in red as a concrete reminder to citizens to stay cautious.

Koike specified that this didn’t mean that the return to normality had slowed down. However, she still urged citizens in the capital to especially exercise caution in locations where it’s difficult to avoid the 3Cs: closed spaces, close contact, poor air circulation.

Tokyo has been particularly hard hit by the virus compared to other areas in Japan, accounting for more than a third of Japan’s over 16,000 cases as of Wednesday, June 3.

After the state of emergency was enacted, the number of new cases per day began a steady decrease over the month of May, reaching as few as two new COVID-19 patients in one day.

The state of emergency was lifted for all of Japan on May 25, and the same day the Tokyo Metropolitan Government announced the three-step plan it had drawn up to bring city life gradually back to normality.

Step 1 began May 25, and was intended to last for a week or two. In it, many universities and some other schools began the return to normality. In addition, museums, zoos, gardens, and public libraries began to open.

Step 2, which started a week ahead of schedule on June 1, saw the reopening of cram schools, most small shops, performing venues such as theaters and cinemas, and, for the sport fans out there, even sport gyms.

Step 3 will see business as usual for entertainment locations, such as karaoke rooms and bars.

However, on June 2, a day after Step 2 kicked in, new cases had risen to 34 in one day, bringing new worries for the city and its residents. There was particular concern because 13 of the new cases on June 2 were linked to in-hospital infection. More than 300 people with connections to the infected have submitted to PCR testing.

A notable portion of the other new infections were connected to late-night businesses, such as bars and restaurants. According to the Metropolitan Government, among the 90 new infections over the week between May 25 and June 1, a third were related to nighttime industries, conspicuously including a district in Shinjuku famous for its small eating establishments and late-time entertainment.

The Metropolitan Government has alerted the public that, should the situation not improve after the issuance of the Tokyo Alert, it might revise the three-step roadmap.

Tokyo Not the Only Area of Concern

The concern in Tokyo also comes at a time when Kyushu, in southern Japan, has seen an increase in cases, with 199 new cases in a week.

To address this sudden rise, the Minister of Health, Labor and Welfare Katsunobu Kato said at a press conference on June 2 that the city of Fukuoka in Kyushu was investigating whether the new rise in cases was an infection cluster.

“We are not in a situation where we can judge at this stage,” Minister Kato said. The Ministry of Health has also dispatched a cluster countermeasure group to Kitakyushu City to confirm the situation.