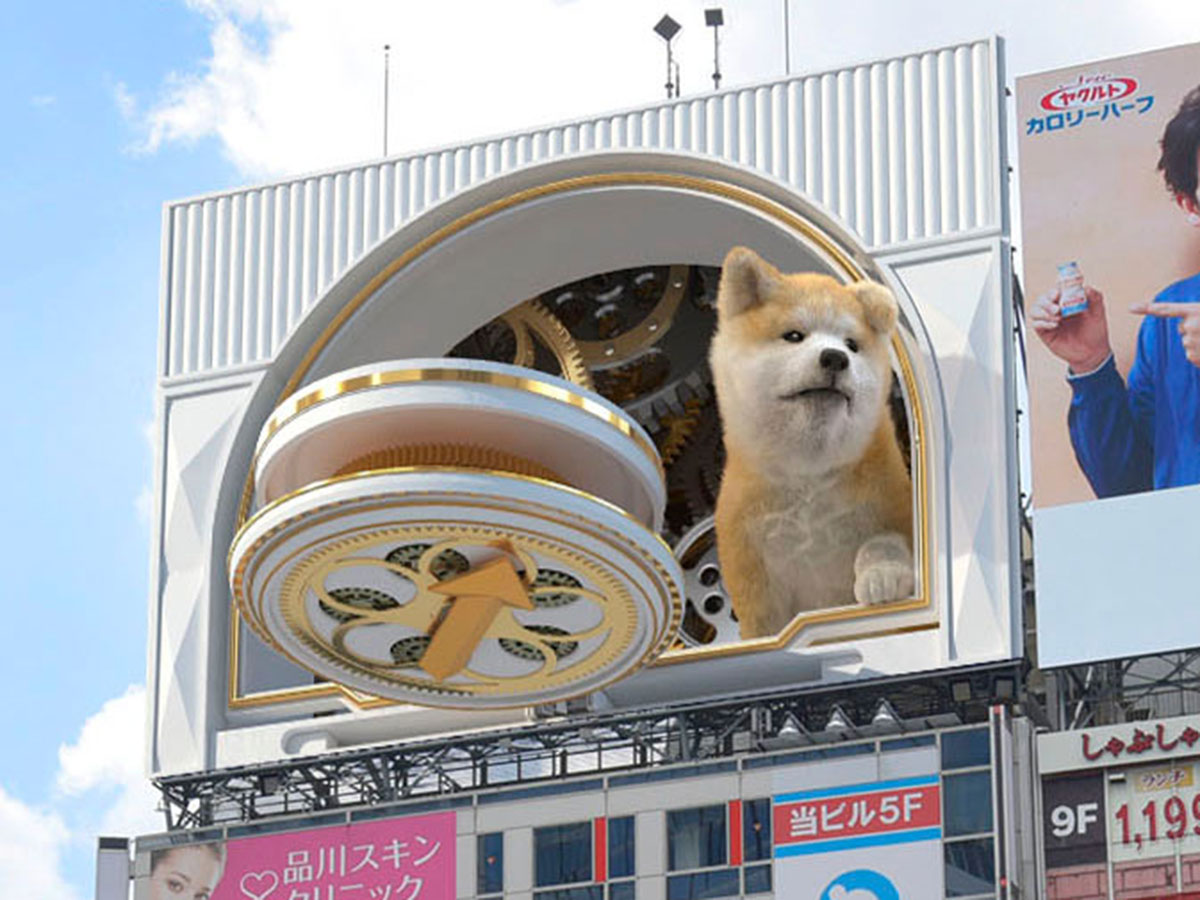 A giant Akita dog that recently appeared in Tokyo has been attracting attention online.

We’re not talking about a real dog, though. This is a giant 3D digital pup appearing on the eight digital billboards operated by Hit Inc. in the bustling Shibuya Station area.

The eight billboard screens include the “Synchro 7 Shibuya Hit Vision” installed in three buildings on the Miyamasuzaka Exit side of Shibuya Station and the “Shibuhachi Hit Vision” facing the world-famous Shibuya Scramble Crossing.

As soon as videos were posted on Twitter, many of them went viral. For example, this Tweet has over 147,000 likes at the time of writing:

You can get a clearer, closer look at the main screen in this video:

The rest of the article can be viewed on our partner’s website, grape Japan at “Giant 3D Akita dog leaps across 8 digital billboards above Tokyo’s Shibuya Station.”