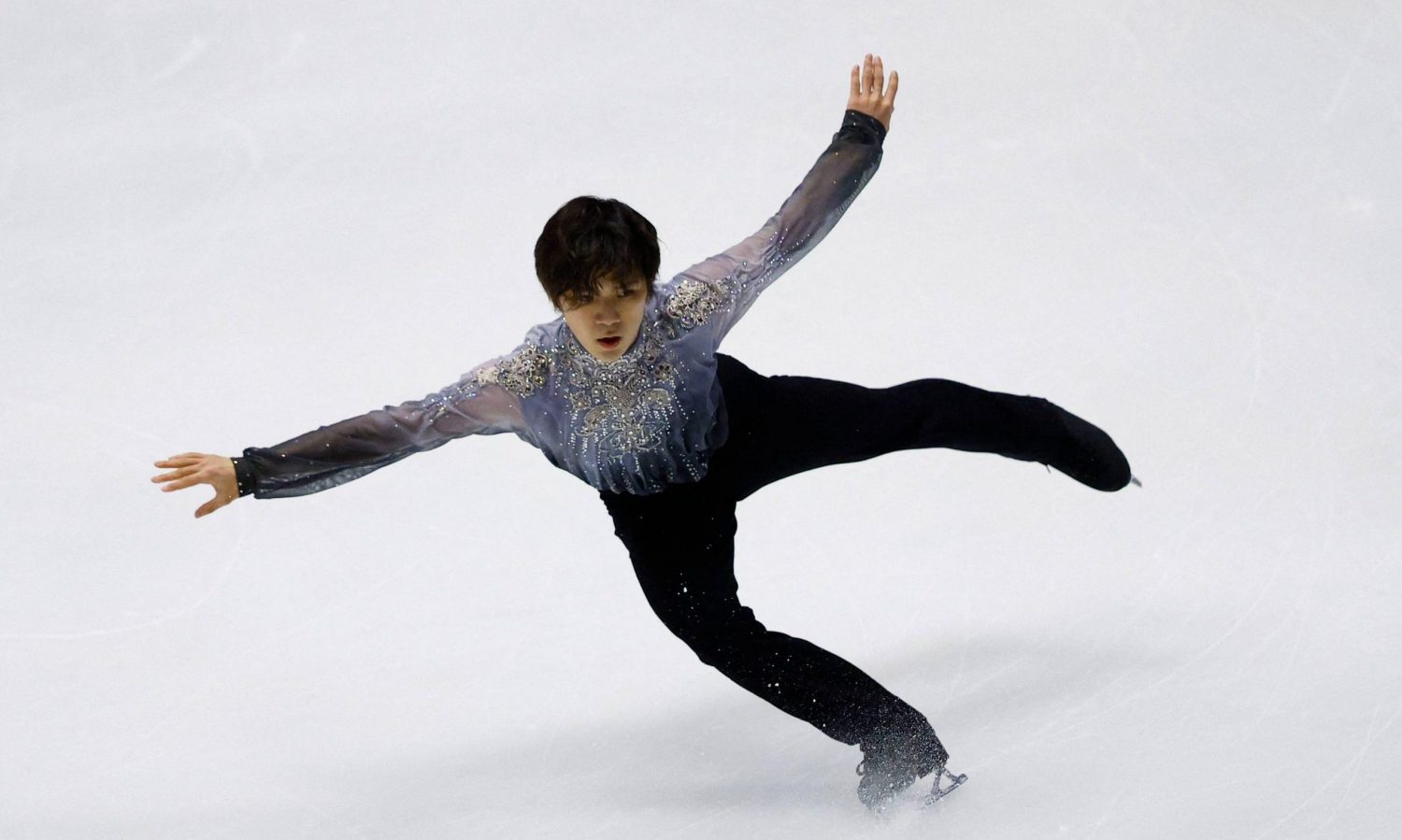 Shoma Uno competes in the men's free skate at the 2022 NHK Trophy on November 19 in Sapporo. (Kyung Hoon Kim/REUTERS)

SAPPORO ― World champion Shoma Uno put on an impressive show of power and interpretation in his free skate to rally and capture the NHK Trophy on Saturday night, November 19 at Makomanai Arena.

The star claimed the competition crown for the second straight year and third time overall and wrapped up a place in next month's Grand Prix Final with the victory.

Uno's winning total score was 279.76 points, which moved him ahead of compatriot and friend Sota Yamamoto, the leader after the short program, who finished second with 257.85.

Yamamoto put forth a valiant effort, and did qualify for the GP Final with the result. But Uno's skill set was just too much to contend with on this night. Uno landed four clean quads and exhibited excellent line and edge on the way to the triumph.

Both Kim and Sakamoto clinched berths in the GP Final with their results.