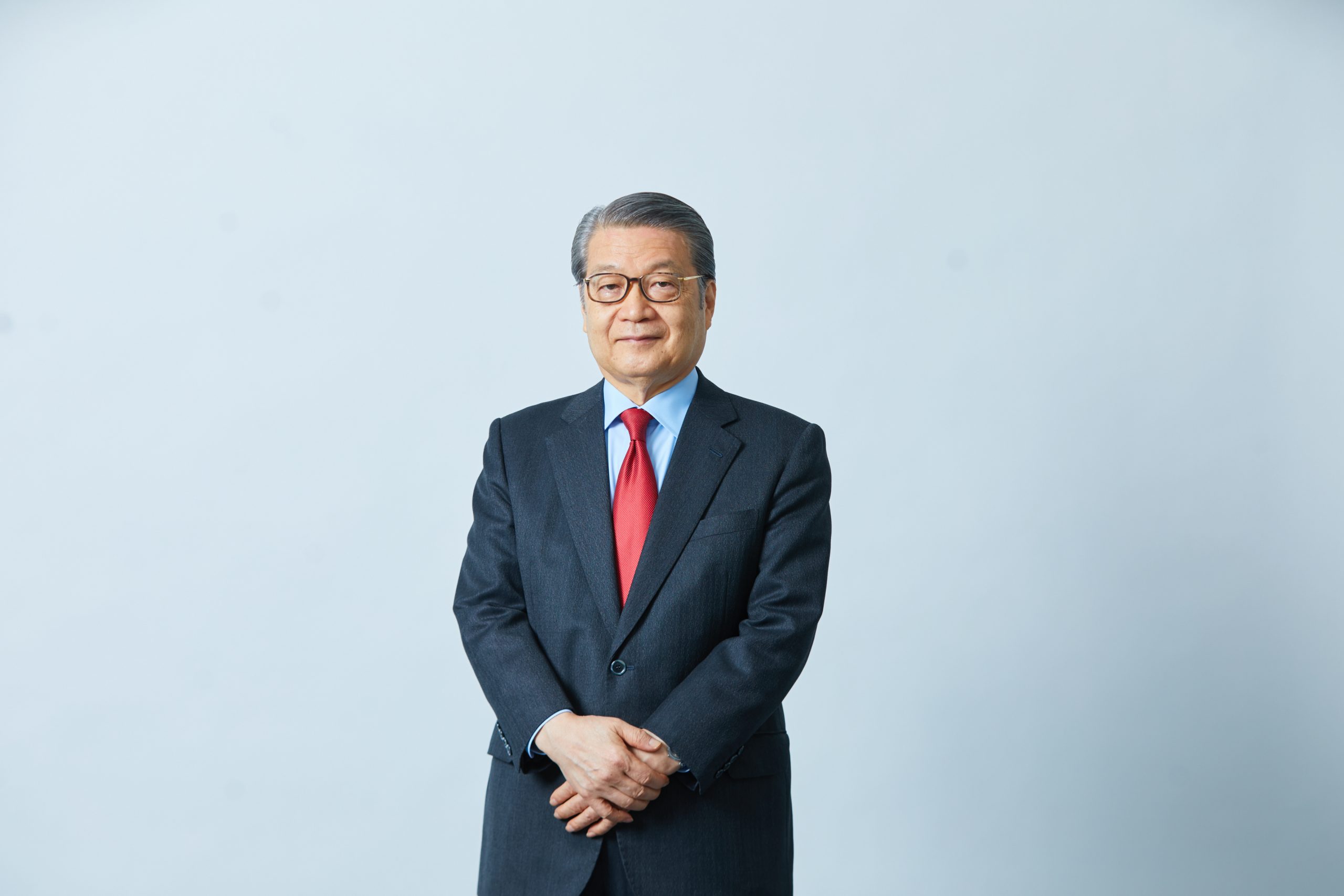 Shin Ushijima is a successful lawyer actively engaged in Merger and Acquisition (M&A) matters as well as litigation and corporate governance of Japanese corporations. He is also a popular man of letters.

In an interview with JAPAN Forward, the eminent lawyer and novelist talked about the risks and benefits he sees in Japan's near future. Saying that Japan is now in a quiet period like the calm before the storm, Ushijima predicts that the country could face revolutionary changes at some future time.

Recently, he completed the English language version of his bestselling business law novel, "Minority Shareholders" (first published in Japanese by Gentosha Inc. in 2018). This novel reveals to the world the unreasonable circumstances that are unique to Japan that torment the minority shareholders of unlisted companies, which account for most of the Japanese corporations.

With the author's consent, JAPAN Forward will shortly introduce the English edition of Minority Shareholders in a serialized form. The series, like the book, cuts deeply into the problems underlying Japanese companies in their management.


What do you think of the current situation in Japan?

Japan is economically declining, and it has not shown any sign of reversal yet. The reality now is that we cannot see bright prospects for the future. I’m thinking of how I should figure this out in order to seek a possible way out.

It sometimes occurs to me that Japan’s resurgence is hardly feasible until the baby boomers generation, including me, who really believe in postwar capitalism, have vanished from this world and Japan is instead made up of totally new generations. The idea of it makes me profoundly depressed.

I think that Japan is now in a period which acutely calls for a spiritual leader like Shōin Yoshida (1830 – 1859). He was a distinguished thinker who helped shape what Japan has been since the Meiji era. Former Prime Minister Shinzō Abe died a similar death, and now Prime Minister Fumio Kishida is in the position that Mr Abe once assumed. I think that this may mean something significant to us in the future.

Would you mind rephrasing that?

I feel in my bones that Japan is now in a period like the calm before the storm. In my understanding, former Prime Minister Shinzō Abe might have been conscious of that beforehand and tried to prepare Japan for something chaotic that may happen sometime in the future. But he was gunned down in the process of his engagement.

Should the Senkaku Islands (part of the city of Ishigaki in Okinawa Prefecture) be taken over by China, Japanese society would seethe with outrage, and nationalism would surge. Some people say that young people nowadays show little emotion. But I believe that if Japan, even part of it, were invaded, Japanese people would resolutely stand up in opposition.

We can easily understand this from considering why the Ukrainians have to fight so desperately against Russia. I think that is exactly what Yukichi Fukuzawa (1835 -1901) said. That is, we have to protect the independence of our country in order to protect our individual independence. National independence enables an individual to seek freedom for themselves. So I believe.

Do you mean that generational changes or armed conflicts will bring about revolutionary changes in Japan?

What happened to postwar Japan? The zaibatsu, or the conglomerates, were dismantled. Accordingly, Mitsubishi Estate Co., Ltd. was divided into two real estate companies, one of which was Yowa Estate Co, Ltd. A large amount of shares of this company were purchased intentionally, threatening a hostile takeover.

The incident caused companies to promote cross-shareholding in order to prevent this kind of activity from reoccurring. And this paved the way for the establishment of the Japanese-style joint-stock corporation system. It worked wonders, and Japan achieved its postwar recovery and the subsequent economic miracle. And it overcame the energy crises, too.

But objectively, look back at what happened to Japan afterward. While Japan was being carried away with the frenzy of the bubble economy, the Japanese style joint-stock corporation system under the umbrella of the convoy method was dismantled. So was the Employee Partnership, which employed the style of a joint-stock corporation utilizing the cross-shareholding method.

About thirty years have passed since then. Unfortunately, we haven’t found a new way out yet. But I’m sure that revolutionary changes will occur some years down the road.

Your bestselling novel, Minority Shareholders, has drawn public attention, for its focus on the problems inherent in unlisted companies, which account for most Japanese corporations.

For Japanese unlisted corporations, the owner-employees are important. But the other shareholders are not regarded as important.

My novel was initially inspired by a case that actually happened. And it honestly describes Japan’s twisted circumstances.

What a country to allow this injustice to happen. Such indignation encouraged me to write this novel.

I think that this novel sheds light on the reality of such unlisted companies. And I take pride in it.

Have the circumstances in Japan shown any change since Minority Shareholders was published?

None whatsoever. But since I published this novel, I have received a lot of requests saying, "Please help me." And the courts are beginning to understand that even minority shareholders should be treated on an equal basis under the principle of equal treatment of shareholders.

In that sense, I think that it’s a big step forward. But in terms of corporate governance, the Japanese corporations still leave a lot to be desired.

May I ask what motivated you to release the English language version of Minority Shareholders?

Well, because I had requests from foreign friends that they, too, want to read this novel. I have published many books up to now. In English, I have released The Shareholders Meeting (English version, Mesatop Press, 2002), and a Korean-language version as well. And my book, Acquirer (original Japanese, Gentosha, 2002) was published in English, too.

Minority Shareholders is going to be serialized by JAPAN Forward. Could you please share a message to the readers?

I’d like to pay close attention with keen interest to how each country’s system is going to change.

What are minority shareholders, the subject of this book?

Of joint-stock corporations in Japan, 99.8% are unlisted. It is often the case that the owner-presidents of unlisted companies and their families are the majority shareholders. They are in possession of a large majority of shares.

The shareholders other than the majority shareholders are so-called minority shareholders. The owner-presidents appearing in this novel live high on the hog at the expense of their companies. They give an excessively large amount of remuneration to their families, thus commingling public and private matters.

Such unlisted companies are managed at the discretion of their owner-presidents and majority shareholders. As a matter of course, corporate governance does not function as it should in such companies. On the other hand, the succession of even a minuscule amount of shares compels the successors to pay a hefty amount of taxes.

The novel begins the story with such an episode.

Shin Ushijima was born in 1949. After graduating from the Law Faculty of the University of Tokyo he first served as a prosecutor, then entered private practice. As the founding partner of Ushijima & Partners, he has been engaged in many M&A cases and corporate-governance-related matters.

Currently he serves as an outside director for Nippon Life Insurance Company, an outside company auditor for Asahi Industries Co., Ltd., President of the Japan Corporate Governance Network (a non-profit organization), and President of the association of people in Tokyo from Hiroshima prefecture.

He has been notably successful as the author who blazed a trail in the field of the "business law novel."