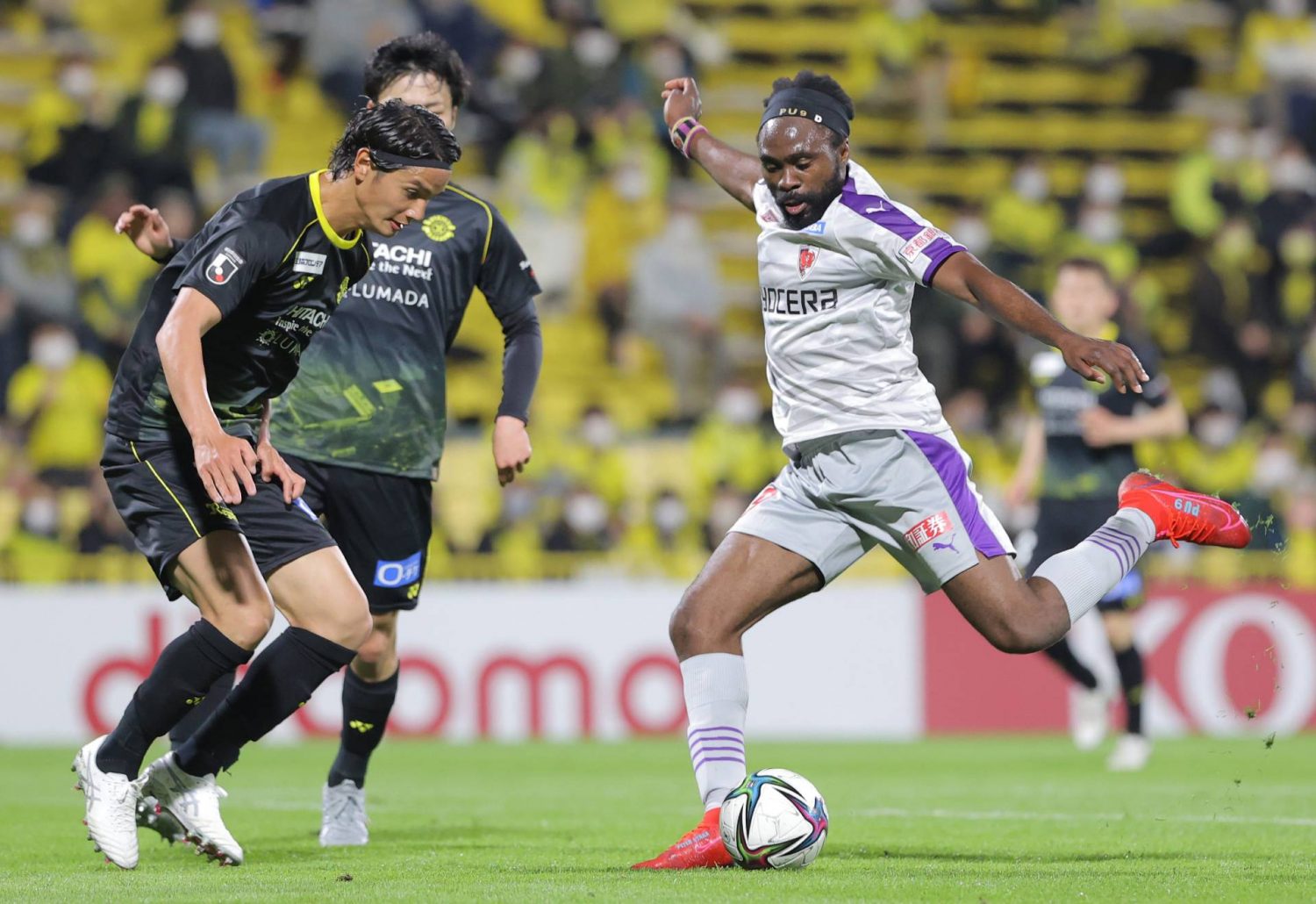 Kyoto Sanga's Peter Utaka shoots in an away match against Kashiwa Reysol on April 17. (ⒸSANKEI)

The Nigerian-born forward scored four goals last month in the J.League’s first division. He earned the J1 MVP award for April, it was announced on Tuesday, May 17.

Utaka is currently tied with the Kashima Antlers’ Ayase Ueda for the league lead in goals (eight). The 38-year-old Utaka has played in 13 league matches since the season began in February.