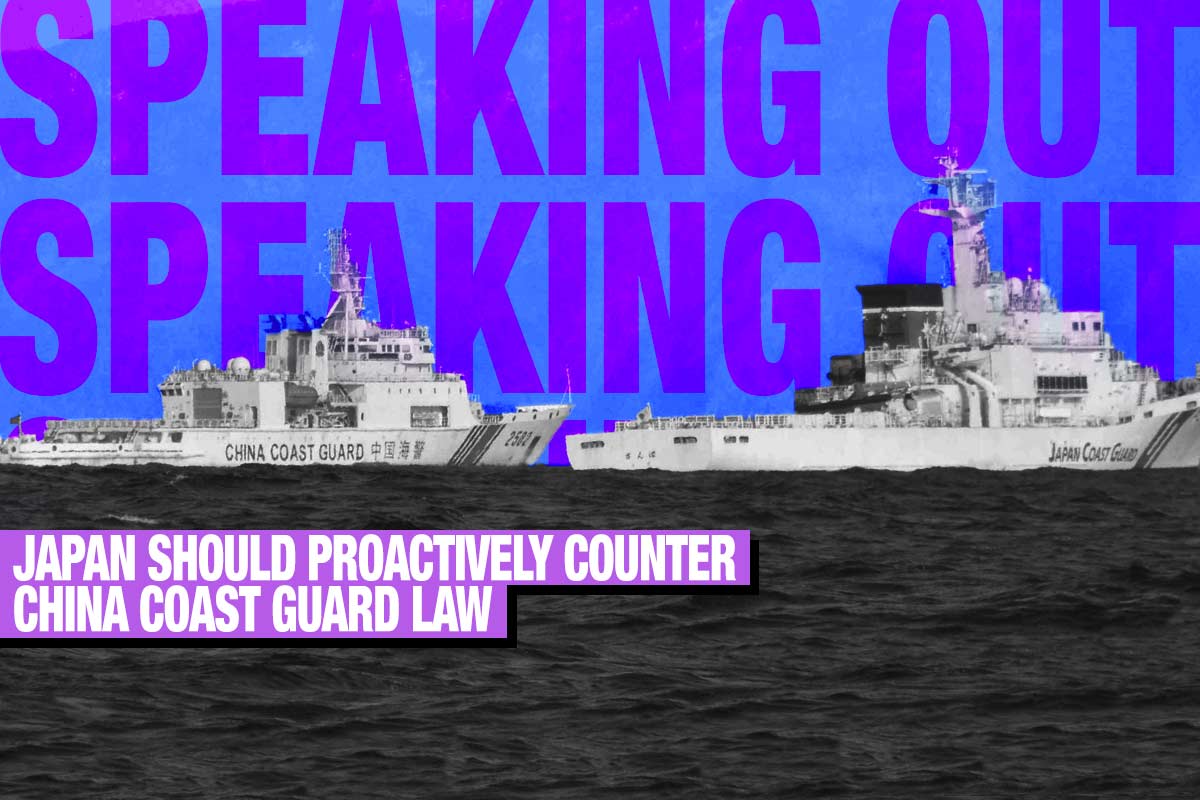 On February 1, China put its coast guard law into effect, flexing its muscles to realize the “great revival of the Chinese Nation”.

The law represents a challenge  to maritime order based on the United Nations Convention on the Law of the Sea (UNCLOS) and a blackmail letter to neighboring countries including Japan. In a bid  to expand the living space for the Han Chinese, the Chinese Communist Party’s regime has taken control of other peoples’ lands and invaded their waters.

The China Coast Guard law empowers its coast guard to forcefully expel foreign government ships that conduct acts in violation of Chinese laws and to take all necessary measures ー including use of force ー against infringement on China’s sovereignty or jurisdiction.

China refuses to be bound by international law. It depends on Sinocentrism to interpret any law to justify itself.

In 2016, the Permanent Court of Arbitration in The Hague ruled that China has no historical rights in the South China Sea under  international law, denying the Chinese claim to such rights. But China has shrugged off the ruling as "nothing more than a piece of waste paper" and continued to construct artificial islands and establish military bases in the South China Sea.

What is important for China is to develop domestic law to win conflicts rather than to comply with international law to avoid conflicts through cooperation.

In April last year, a China Coast Guard patrol ship rammed into and sank a Vietnamese fishing boat operating in waters near the Paracel Islands to which both Vietnam and China make territorial claims. China has been internationally accused of taking such actions against Vietnamese fishing boats almost every year, but it has continuously turned a deaf ear.

The China Coast Guard Law (domestically) legitimizes the forceful actions that China has taken against Vietnam and the Philippines. China has developed the law to project its national power because the next target is Japan. China’s acts are tantamount to having declared that Beijing would use force against Japan in the East China Sea where Japan’s Senkaku Islands are located.

The Japanese government has reiterated its protests against China Coast Guard ships’ intrusions into Japan’s territorial waters around the Senkakus, urging China to comply with international law. However, China has remained unshaken by such protests. At the same time, Beijing has taken advantage of the lax Japanese response to escalate its intrusions into Japanese territorial waters.

International Law is Not Enough to Protect Japan

The China Coast Guard Law specifies the Coast Guard as a military  organization that would engage in defense operations in compliance with laws and orders from the Central Military Commission.

Japan should take preemptive actions to prevent China from launching a military invasion. It should immediately implement actions such as on-the-ground surveys and operative utilization of the Senkakus to demonstrate domestically and externally its effective control of the islands.


(A version of this article was first published by the Japan Institute for National Fundamentals, Speaking Out #760 on February 10, 2021.)

Yoshihiko Yamada is a director of the Japan Institute for National Fundamentals  and a professor at Tokai University. He is specialized in maritime issues.