Saburo Kawabuchi — A True Sportsman Who Fell Victim to Politics 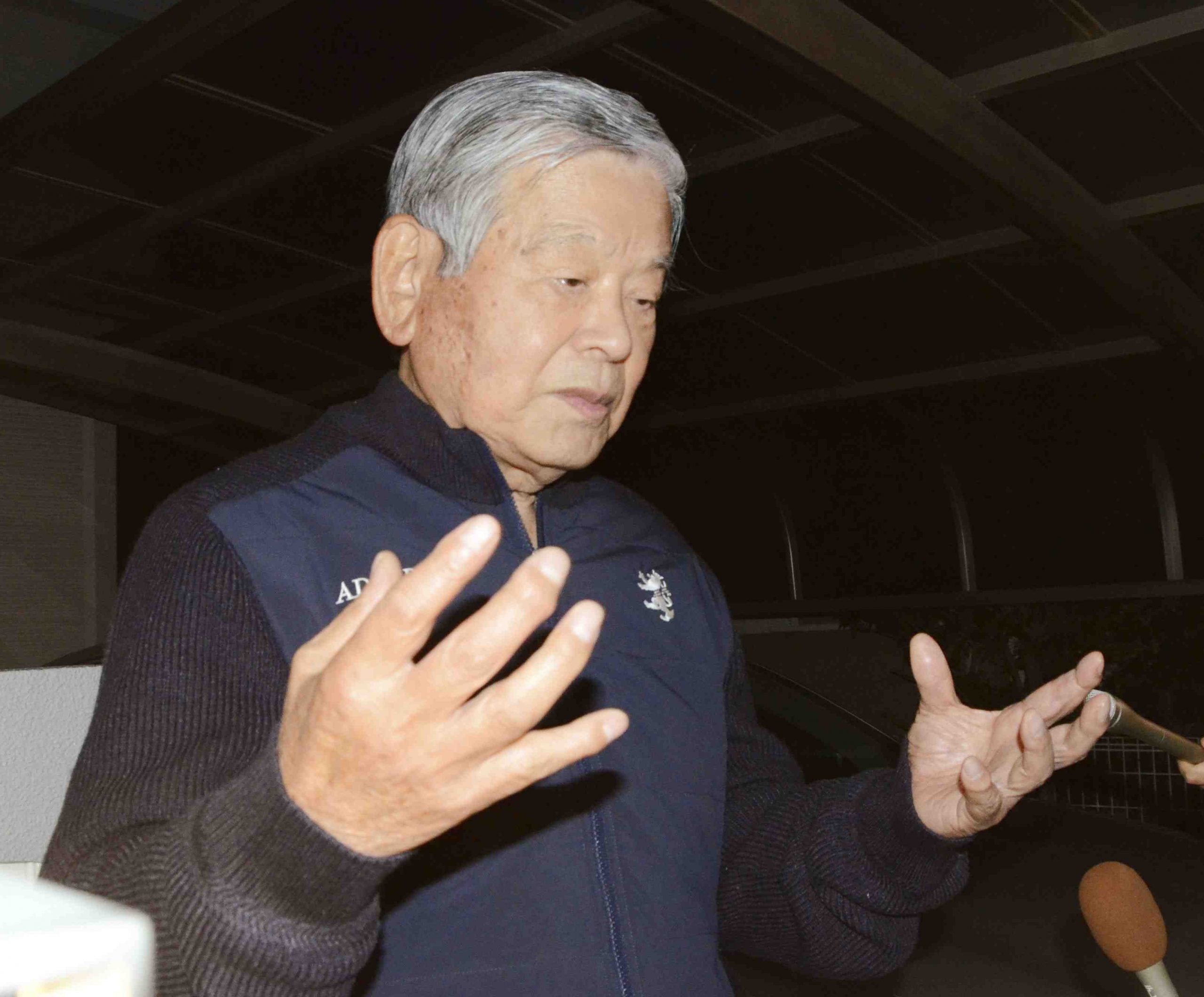 The incident I write of here took place around 30 years ago. While reporting a story, I bumped into then-J. League chairman Saburo Kawabuchi on the street. With an angry demeanor, he said to me, “Don’t ask me anything!”

But then without pausing he added, “I’m sure to end up answering.”

Kawabuchi has not changed one iota since then.

Mr. Kawabuchi is a sportsman through and through. He is certainly not a politician.

I remember how, despite laying down the rule that reporters could not come to his home when covering a story, if reporters like myself actually did gather at his doorstep, he was sure to talk to us. Particularly if rookie reporters made the trek there at night, he would end up thinking that it was his duty to talk to them. His rule proved of no avail.

When Yoshiro Mori asked Kawabuchi to succeed him as president of the organizing committee for the Tokyo Olympics and Paralympics, Kawabuchi went to Mori’s home to turn down the job. However, he could not resist Mori’s pleas and ended up in tears, saying, “Give me a break.”

However, the 84-year-old of course ended up taking the job, declaring, “This will be the last big thing I do in life.”

It surely was an emotional scene that would have moved any onlooker.

Nevertheless, when the public found out that Mori’s successor had been chosen behind closed doors, it caused problems for the government led by Prime Minister Yoshihide Suga. There were loud demands for the selection process to be transparent.

Kawabuchi immediately accepted responsibility for the public relations fiasco. “If I had just said that nothing was up when I went home, it would have been fine,” he admitted. “But I couldn’t do that.”

He added, “I feel better now that it’s all over.”

Maybe he really felt that way. And maybe he did not.

I got an email from an athlete who formerly represented Japan in international competition, “We should treat with respect someone who was ready to step forward to the call of duty.”

I could not agree more.

I vividly recall how I was one of the sportswriters bathed in the glare of spotlights in a full National Stadium in Tokyo on May 15, 1993, as Kawabuchi stepped up to the microphones to declare the establishment of the J. League.

He thanked sports fans for their support for the project, characterizing the founding of the new soccer league there that day as the “first step in realization of a great dream.”

It was a once-in-a-lifetime moment of triumph for Kawabuchi, who had defied naysayers who said it could not be done or even ridiculed the very notion.

It could not however surpass the thrill he had gotten the moment he took the field in that same stadium on October 10, 1964 for the opening ceremony of the Tokyo Olympics as a member of Japan’s national soccer team.

In May 2019, Sankei Shimbun held a round table discussion attended by Kawabuchi and the arts critic Yuji Shinpo on the ascension of a new emperor. Kawabuchi opined that Japan should view the start of the new era as an opportunity to bounce back.

“What reason for existence should we as a nation have as Japan’s population decreases?” he asked rhetorically. His answer was passionate, “Each and every one of us should take pride in being Japanese.”

Kawabuchi viewed the second Tokyo Olympic Games, an Olympics for the Reiwa Era, as a perfect opportunity to showcase his homeland, so that “foreigners who come to Japan for the Tokyo Olympics will go home convinced that the Japanese are wonderful people.”

I think that the real reason he accepted the post as Olympic Organizing Committee president was that he was determined to give his all to stage a true Olympics with fans in attendance.

In the confusion that surrounded Mori’s decision to resign, when Kawabuchi’s name came up as a possible successor, personally I felt that he would be the best possible choice to become president of the Organizing Committee.

No one could be more enthusiastic about the Olympics, and he knows how to speak so as to get people to act. He also has the willpower to meet adversity head-on. His vigor and clarity of mind belie his age. And he has a proven track record of naming women to important positions.

I really want to see a successful staging of the Tokyo Olympics and Paralympics. I think that Kawabuchi would have been the ideal choice considering the difficulty in getting public opinion to support the staging of these major events amidst the COVID-19 pandemic.

I had looked forward to seeing Kawabuchi show the same kind of unadulterated pluck and refusal to beat around the bush he had displayed in the past as chairman of the Japan Top League, an umbrella organization representing nine sports and 12 pro leagues, including the J. League, men’s basketball’s B. League and volleyball’s V. League (men’s and women’ circuits).

Unfortunately, Kawabuchi has become a victim of the furor and confusion surrounding Mori’s forced resignation. He was given the boot because sports became hostage to politics. The way that Kawabuchi has been treated was cruel, regrettable, disgusting and leaves me filled with anger.

The Olympics are meant to be a global festival of sports we greet with joy. The question now is how to get things back on the right track.