[Speaking Out] Kim Jong Un’s Transfer of Power to Sister: What It Means to the Abduction Issue 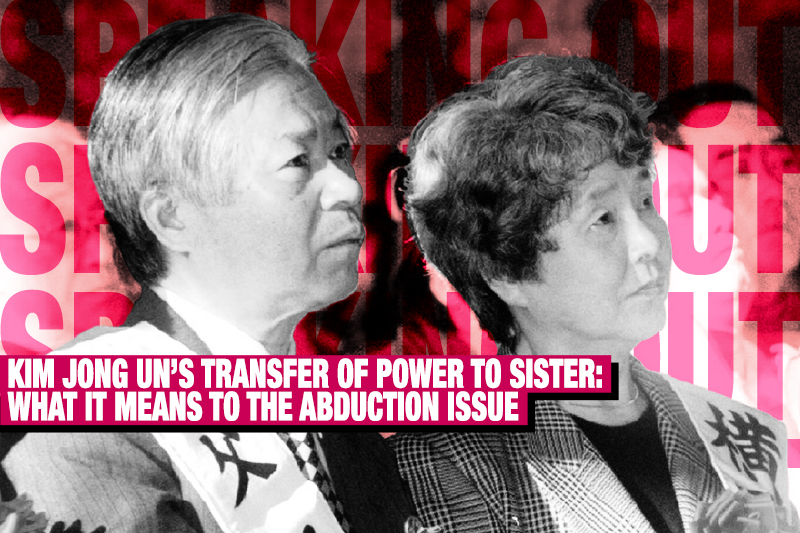 Shigeru Yokota, the father of Megumi Yokota who was abducted by North Korea, has passed away. I have been fighting together with him since 1997 to rescue his daughter and other abductees. I felt as if my fellow soldier had been shot to death by an enemy bullet while he was advancing beside me.

Mr. Yokota’s struggle was to appeal to the public to break through the lies. In 1997, he decided to publish his and his daughter’s real names in order to appeal to the public, while it was feared by many that such action would lead North Korea to harm his daughter. In five years, his courage broke through North Korea’s propaganda that had denied the abduction and dominated the viewpoints expressed in Japan. He won then-North Korean leader Kim Jong Il’s apology and admission of the abduction.

However, Pyongyang then made up new lies. First, they said that North Korea abducted only 13 Japanese citizens, and that eight of those had died already, thereby claiming that the abduction issue was resolved by allowing the five survivors to return to Japan. Even within Japan, some people argued that Japan should accept the deaths and normalize relations with North Korea.

A mild-mannered gentleman who usually refrained from expressing anger in public, Mr. Yokota became publicly outraged twice. The first was in September 2002, when a senior foreign ministry official who had just returned from North Korea told him that the deaths of the eight ― including Megumi ― had not been confirmed. It was one day after the Japanese government had notified the families of the abductees of the alleged deaths without confirmation.

The second time he showed his anger in public was in 2004, when the remains North Korea had provided, claiming they were the remains of Megumi, turned out to be those of some other person. Outrage against lies served as the driving force of his struggle. 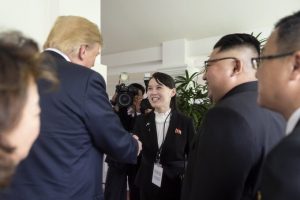 Kim Yo Jong is Issuing Directives for Her Brother

Meanwhile, we must know the enemy to win. Powers have been transferred from North Korean leader Kim Jong Un to his sister Kim Yo Jong, while concerns about Kim Jong Un’s health have grown serious. The power transfers have taken place amid the country’s deepening economic difficulties attributable to United Nations economic sanctions and border closures to address the novel coronavirus outbreak.

In a statement on June 4, Kim Yo Jong, in her capacity as the first vice director of the Korean Workers’ Party (KWP) Central Committee, harshly criticized North Korean defectors for sending propaganda leaflets concealed in balloons to the North, and the South Korean government for tacitly approving such action. She threatened to close the Inter-Korean Liaison Office and abolish the North-South military agreement.

On June 5, the KWP Central Committee’s United Front Department, a spy agency, released a spokesman’s statement unveiling that, on the same day, Kim Yo Jong issued a directive calling for the start of discussions on how to implement the measures laid out in her statement.

Under North Korea’s one-man dictatorial system, Kim Jong Un alone should be able to issue directives. The announcement that Kim Yo Jong issued a directive to consider abolishing an agreement between Kim Jong Un and South Korean President Moon Jae In indicates that Kim Yo Jong’s power is as strong as that of her brother.

Kim Yo Jong is said to have signed a Top Ratification Document recently, in place of Kim Jong Un. Top means the top leader. Without the top ratification, any KWP, military, or government project cannot be implemented. Writers and artists were reportedly ordered in late May to describe Kim Yo Jong as a KWP center in their works.

To what extent does Kim Yo Jong understand the abduction issue? How does she think about the improvement of relations with Japan? Where are Megumi Yokota and other abductees detained now?

The Japanese government should get information to answer these questions, before fighting against the Kim regime.

(A version of this article was first published by the Japan Institute for National Fundamentals, Speaking Out #687 (Special), on June 11, 2020.)